Daily Inspiration: “A healthy fear of failure is just an ingredient for eventual success!”

“A healthy fear of failure is just an ingredient for eventual success!” – Futurist Jim Carroll 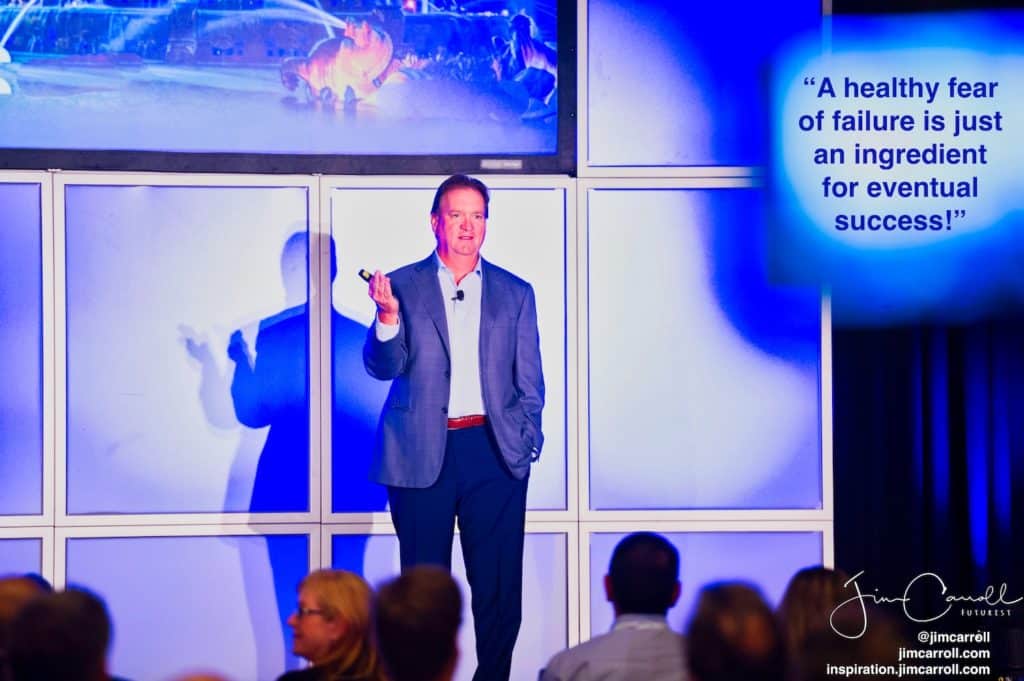 History has taught us that some of the most successful product launches of all time were as the result of earlier dismal failures. Apple didn’t get to the iPod without the earlier Newton. (I actually had one, and was at the product launch!)

In fact, Apple is a successful company built on a foundation of repeated successful failures: read my blog post:

“What Will You Do Today to Encourage Successful Failure?”

Why is failure a critical ingredient for success? Consider how it is a critical pathway for getting ahead:

– Innovators master a faster world better than others, because they master fast failure.

Study it carefully – there’s valuable insight in there!

Failure is important – without it, you don’t learn enough, fast enough because you spend too much time living in the land of the status quo. That, more than anything, is a good reason to not try to avoid failure, but to embrace it.

You still near to fear its’ consequences, but with a mindset that rather than the results being entirely negative, there are benefits that will come from it. And so, a healthy fear!

If that is the case, are you doing enough in your organization to encourage a culture of failure?