Daily Inspiration: “The era of oil lasted for about 150 years – it then came to an abrupt and dramatic end” 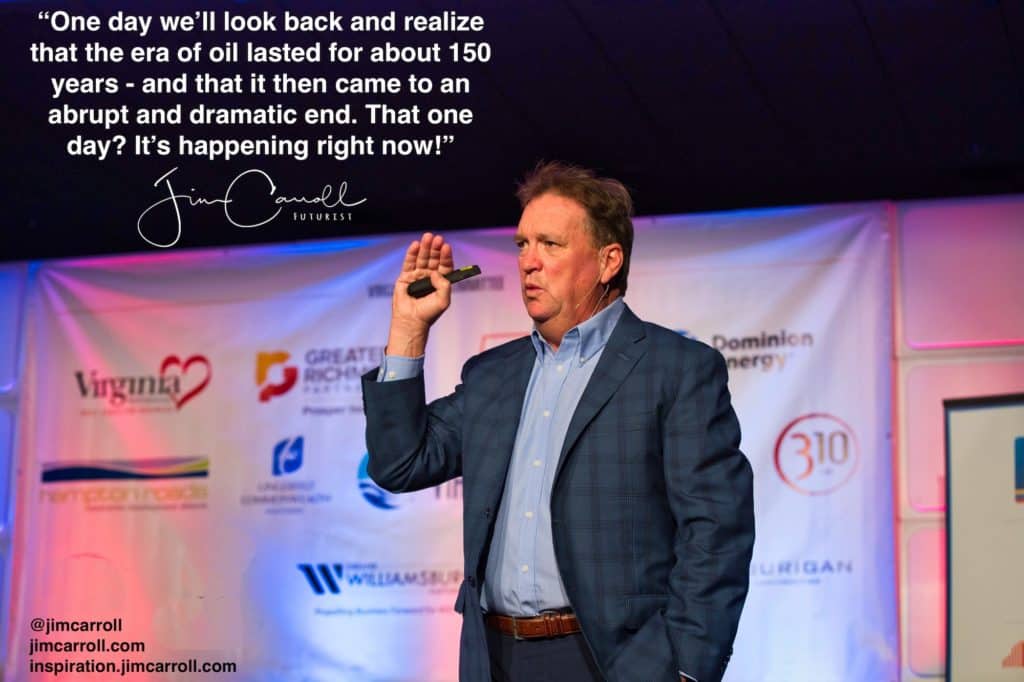 I’m in Nantucket this morning to meet with the Board of Directors of a major energy company – and I’ll spend some time with them putting into perspective the trends which are reshaping the global energy industry at an absolutely blinding, staggering speed.

Here’s the reality that I will talk about: oil is over. Carbon is done. Natural gas is but an insurance policy. Coal? Laughable.

We’re moving rapidly to a world dominated by renewables, micro-grids, local battery storage technology, electrified roads, electric vehicles, and more. 90% of the energy investment between now and 2050 will go into this new world, and not the old. That’s not from me – that’s from Bloomberg.

What’s interesting is that they know this already, and agree with me going into the meeting. (Their logo is in the photo behind me.)

Here’s what is fascinating: we have lots of intelligent people in the US – and some not so intelligent, obviously – talking coal. That future reality is such a joke that it doesn’t even deserve a punch line. Investment in coal mining, infrastructure, extraction, and energy products is all but disappearing. So separate the political hot-air foolishness from the reality on the ground.

There are massive investments and projects underway in this new world of energy – and both the producers and the utilities know it. They’re paying diplomatic respect to the 20th-century idiots, but are busy investing in the 21st century.

Science is driving the trend – simply look at the rapid evolution of battery storage technology. Micro-grids? They’ve gone from a concept to a disruptive reality faster than you can say disruption.