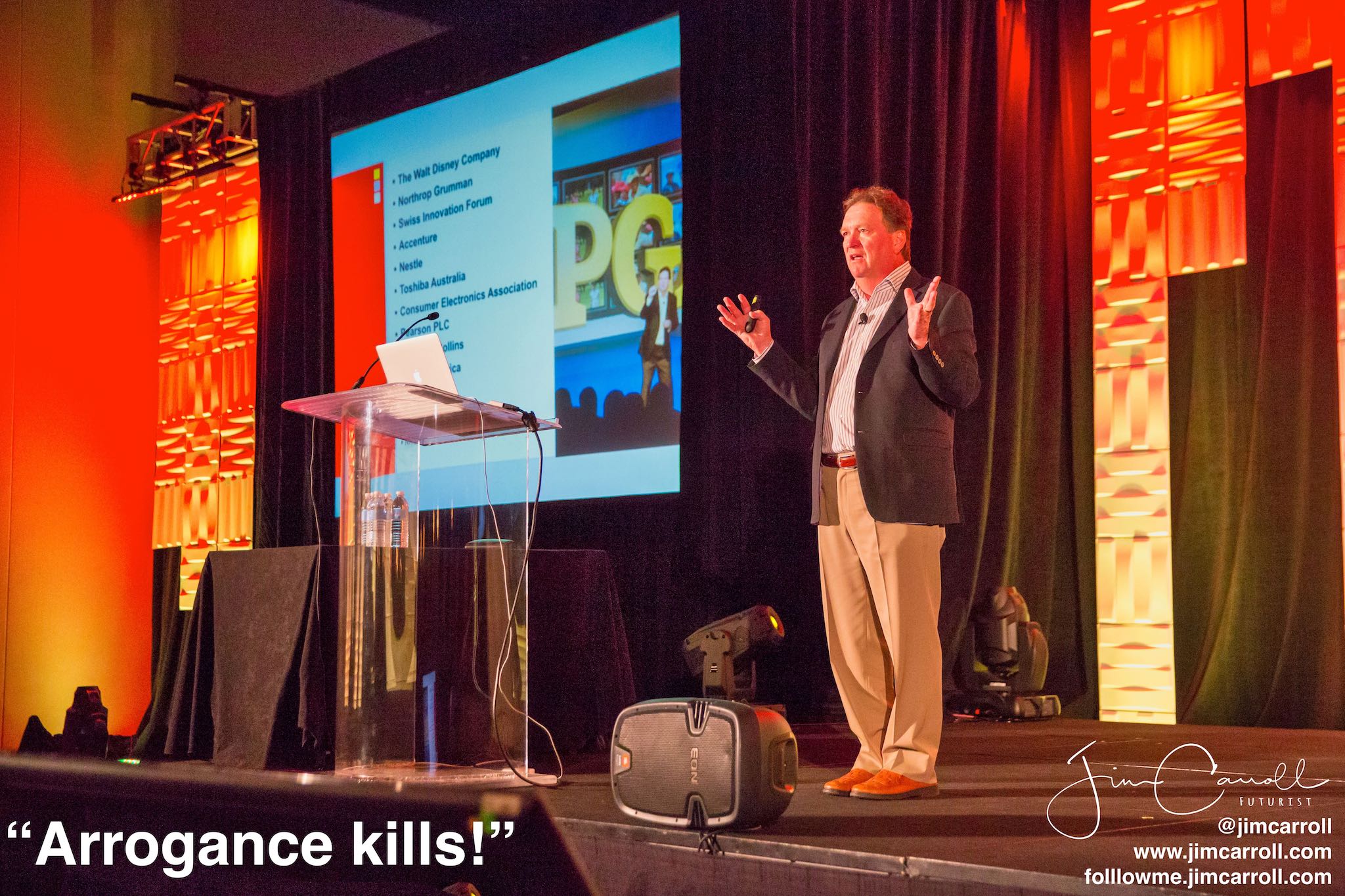 One of the sins that will guarantee your failure is complacency: a belief that your world won’t change.

At the other extreme, arrogance – a belief that while your world will change, you are so strong and impervious that you won’t be impacted.

Complacency in the face of massive business model disruption is a pretty bad state to be in, but arrogance is much worse. Sadly, I see it within many of the clents that I deal with, often at the most senior levels of the organization.

I’ve come to tell the story on stage of one client that is, in essence, a middleman wholesaler – they simply sell products from manufacturers to end customers. They are ripe for massive disruption by Amazon, and it’s pretty likely their business model will be ripped apart and reassembled in as little as 10 years.

My keynote focused on the need to enhance their client relationships so that they weren’t just selling a widget anymore; that they needed to bring more value to the relationship, because in the world of Amazon, you are just competing on price.

After I left the stage, the CEO got up and basically discounted everything I just said. “We’ll be fine,” was his message. “We own our markets, and we always will.”

I remember looking at the senior VP who had arranged to have me come in – he had a look of horror on his face! He knew, and I knew, that the company really had to change what it sold, and how it sold it, to survive in a future of Amazonian disruption!

Today, I’m seeing more news reports that are suggesting the future I prophesied on stage is coming true with pretty staggering speed. I predict that in just a few years, the CEO will be gone, the destructive impact of his arrogance having run its course.

I’ve seen this over and over and over again – I was with Motorola in 2006, for a global R&D meeting. I suggested that maybe Apple and others might enter the cellular phone business in which Motorola currently had an edge. They said the Razr model, currently the best selling phone in the world, would always be supreme.