Daily Inspiration: “In some cases though, there is such a thing as a spectacularly successful failure!”

“In some cases though, there is such a thing as a spectacularly successful failure!” – Futurist  Jim Carroll 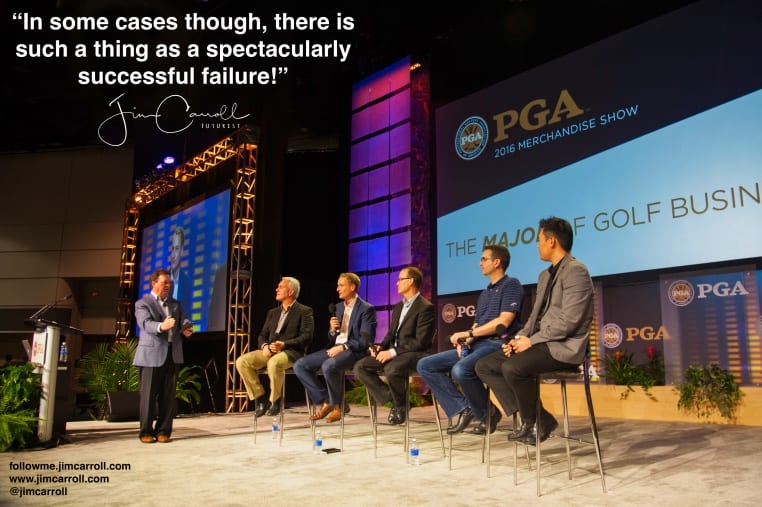 But coming off the course, I realized that it’s ok to fail, if you do a really good job while failing! It was a great fail!
Oh, there were a few other golf matches on the weekend too, did you see, over in France, which didn’t involve the same sort of innovation lesson? It’s going to take a long time for the American team to figure out how to learn from what went wrong!
So what’s with the picture? After my 2nd keynote for the PGA of America – the sponsor of the Ryder Cup – I led a panel discussion on concepts of innovation with some senior executives in the golf industry, including from GolfTec, GameGolf and TopGolf.
I will often do such panel discussions, which include discussions around innovation lessons and ideas, and will often address the idea of learning from failure. It’s a critically important part of innovation.

So, if you fail today, it’s ok – as long as you do well while doing it!