“Your logical solution will probably be viewed by others as a radical problem!” – #Futurist Jim Carroll 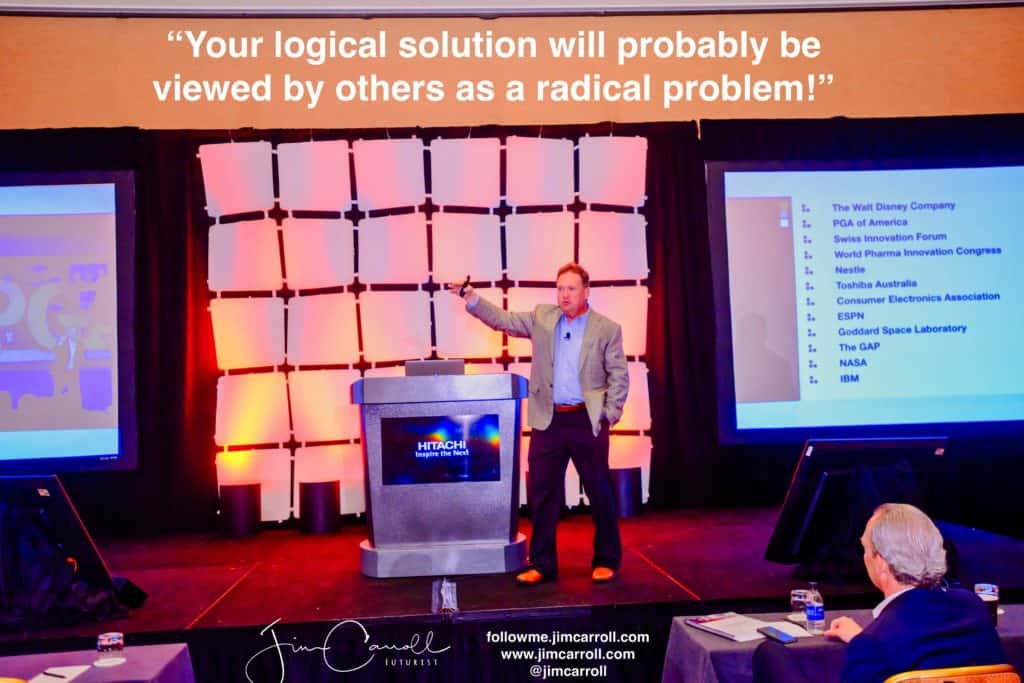 People run their ideas past me all the time, whether during a Q&A after my keynote, in hallway conversations after my talk, or via email and social media. It’s a wonderful honour that people think I’m that smart; often, I’m not, but I try to help where and when I can.

A good friend shared a concept with me last night for a major organization. The idea would probably help to address and deal with what is most likely a significant challenge with its members. Its an important concept with worthy goals.

And yet, it is likely still enough ‘out there’ and ’on the fringe’ of what many would accept, that it likely won’t get a lot of traction at the start. That’s because the solution is arriving before others recognize and accept that it is a problem!

That’s a dilemma, isn’t it!

Yet that is common. Your solution to a problem is often perceived as a problem in and of itself, because it involves change – and as we all know, people struggle with, and often simply don’t like, change. Change is the enemy. Battling the status quo is often the toughest battle of all.

How should you try to get around this dilemma? Do a test program – and establish some provable results. Start small before attempting to go big. Make it work – and get more supporters and believers on side. Put efforts first into getting more champions before going for the hole in one.

If a solution is viewed as a problem, in a nutshell, you’ve got to work hard to turn their thinking around!