Daily Inspiration: “It’s time to get your future on!”

“It’s time to get your future on!” – #Futurist Jim Carroll 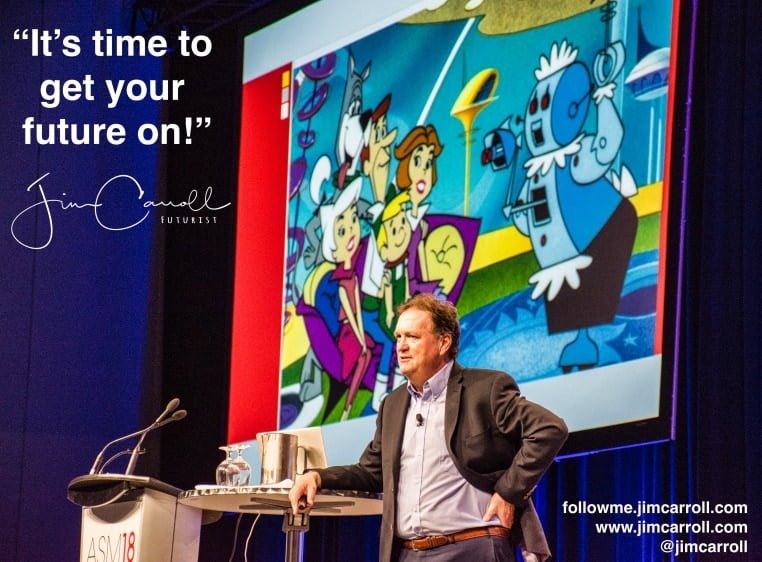 It’s those Jetsons again! It’s funny how many people connect with the show, and the stories I tell on stage around this 1962 cartoon series. When I spoke in Tokyo last fall, I had people from 62 countries around the world, and most of the audience recognized the show. The same thing happened in Dubai, at a truly global gathering.  Did you know the Jetsons predicted Snapchat? There’s an episode where Jane is changing her face with a mask! Elroy flies a drone around the living room. There’s an Amazon Echo in every room! When you are on stage, you need to work with your audience to bring them along into the future, because it is inherently something people don’t like – because it involves change. The job of a futurist is probably the toughest gig of any speaker out there. It’s easy to be a motivational speaker and tell people they should simply try and do their best.
It’s another thing altogether to advise them of the trends which are going to provide both challenge and opportunity. People will focus on the former, and not spend enough time on the latter.
The result is that the very subject matter can be something people might not like, which is why I work in a lot of humour, fun and anecdotes into my keynotes.Hence, the Jetsons!