Daily Inspiration: “Reinvent yourself faster, because it will be tomorrow before you know it!”

“Reinvent yourself faster, because it will be tomorrow before you know it!” – Futurist  Jim Carroll 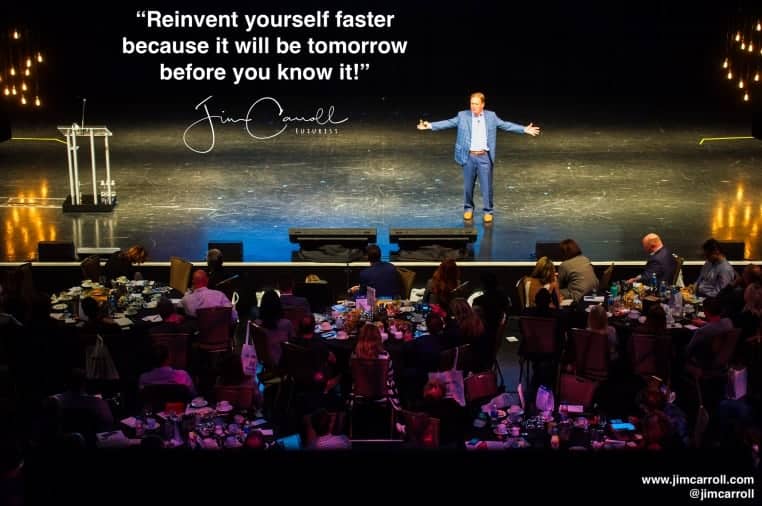 I know that I worked on this photo when I was on an international flight, somewhere over over Iceland. I was heading to Dubai from my home in North America ; I was on my way to speak at the World Government Summit. I decided that I better have my morning quote ready to go when I landed, but was pretty confused at that point as time it was. It was  either 1130PM EST in Toronto, where I had just left, or 830AM Thursday in Dubai, which is where I would land in another 9 hours.

Sometimes, the context of the moment just provides you the inspiration for a quote and an idea!

So it is with the future! My career has me advising people of the trends which will change their future, and the attitudes they should adopt to arrive their intact. Everything will be continually different, and you can’t hope to get by on the same ideas, skills, methods, concepts and actions that worked for you in the past – you need to continually challenge yourself to do things that are new.

You need to be in a state of ‘constant reinvention!” Incidentally, this particular photo was taken last October at a CEO event in Vancouver – where, right now, it’s 830PM!’’