As I’ve said before, we are still in the starting gate comes to the Internet of Things. Like the early days of the Internet, the idea has been formulated, ideas are bubbling, and imaginations are being unleashed. Right now, a global creativity engine is emerging in which millions of people are imagining and rethinking the future in the context of a hyper-connected world. 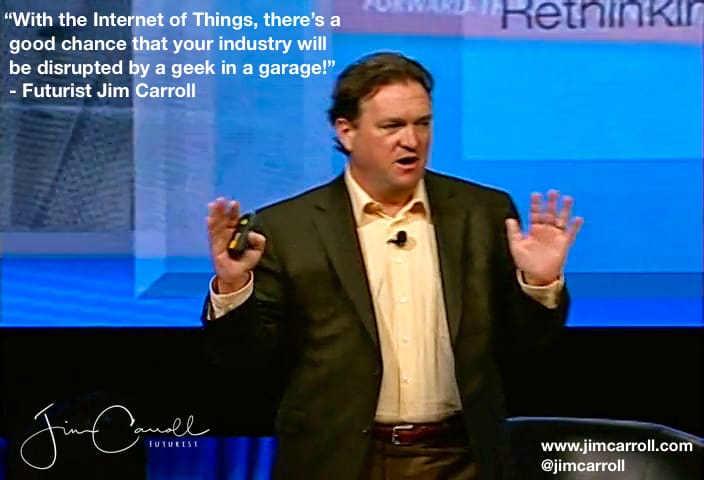 With that, it is important to realize that we limit our thinking if we think there is but one Internet of Things. To my mind, there are many different possibilities that are emerging. Read this in the context of my other post, The 11 Rules of IoT Architecture.

Here’s a starting list. Let me know of others!

1. Internet of Smart Things: AI will quickly come to IoT, and will change the capability of many connected devices into intelligent, aware, self-acting smart devices

2. Internet of Spatial Things. As I wrote in my post the other day, spatial data bubbles are the next wave when it comes to location intelligence. Internet of Things devices that are aware, report and interact based on their location within a 3-dimensional space will come to establish new opportunities and industries.

3. Internet of Swarm Things. IoT devices that operate in concert with other things to achieve some goal will become common, and will provide for an exponential growth in the role and capabilities of IoT devices.

4. Internet of Collaborative Things. They won’t just act together once in a swarm once AI is added into the mix. Put together IoSmartT and IofSwarmT and you’ll have IofCollaborativeT.

5. Internet of Mechanical Things. Devices that will have the ability to control other devices through connectivity. This is  a no-brainer, of course, but one area which shows the most promise for innovative ideas.

6. Internet of Disruptive Things. 20 years from now, we’ll look back and say, ‘wow, where did that come from?’

7.  Internet of Internal Things. Ingestible pills and ingestible medicine. An entirely new frontier is opening up as new tiny sensors come to report on health and other internal issues.

8. Internet of Diagnostic Things. Devices which report and act upon analysis as to whether a device is acting and working correctly; changing entire business models. Trucks, for example, with connectivity being the new horsepower, are migrating to a trucking-as-a-service platform, as we increasingly become aware of when a particular component on a truck is going to break down

9. Internet of Learning Things. Somewhat related to smart things, these IoT devices will learn based upon past performance and actives, and adjust future operations based on that insight.

10. Internet of Secure Things. We’re not there yet. This will become a key selling feature going forward.

11.  Internet of Standardized Things. It’s the Wild West right now, but just as standards emerged over time with the Web, so too will standards for interaction, reporting, communicating, etc.

12. Internet of Bastardized Things: flowing from 11, of course, some new IoT Microsoft-type of company will come along with some ridiculous Internet-Explorer type of IotT device, and will ruin things for many….

13. Internet of Curious Things. IoT devices that will extend their intelligence with the ability to discover things and analyze other IoThings that are around them. “We’re building a new machine, and we don’t yet know what it will do!”

What have you got, and what do you see? Tweet to #IoTaxonomy