The Kids Who Own Our Future!

So I golf with this guy at our Club.

He’s a grade 5 teacher, and this has led to some fascinating discussions about the next generation.

At one point, he asked me to come in and speak to his class.

I initially demurred; while I spend a great deal of time speaking at massive association conferences and private corporate events, I’m not really quite sure whether my message on future trends would resonate with a bunch of 10 year olds.

Boy, was I wrong!

This week I went in and spoke to 40+ Grade 5 kids. What an exhilarating experience!

I come away from speaking to this group with an appreciation and respect for the world view that this generation has.

What topics did I cover? They didn’t know what a futurist was until their teacher explained it to them — and they were apparently quite excited to hear from someone who earns a living writing, speaking and thinking about future trends.

I built a little talk that focused on some big trends that they might find impacting their lives in the future — and also an overview of some of the unique jobs and careers that they would see in their lifetime.

I did seek some input from folks on Facebook — after all, this isn’t my normal type of audience — as to what I could talk about. One fellow suggested that I should talk about ‘boogers.’ Sure. Not. 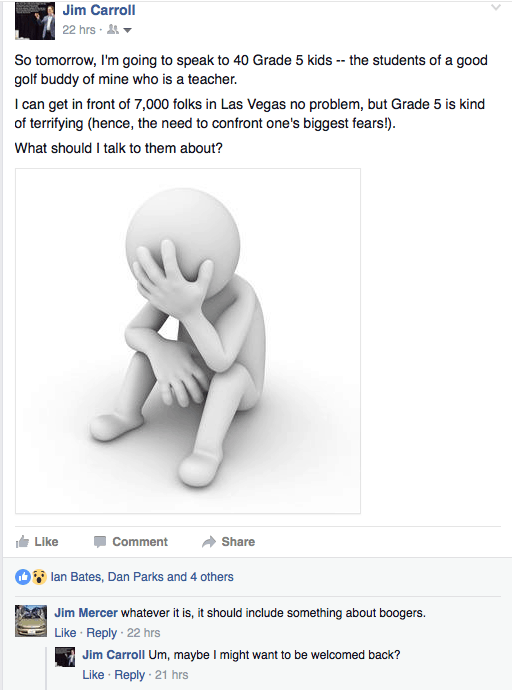 Wow, there was a lot of excitement when I arrived …. ! Folks, I wasn’t in Kansas anymore! 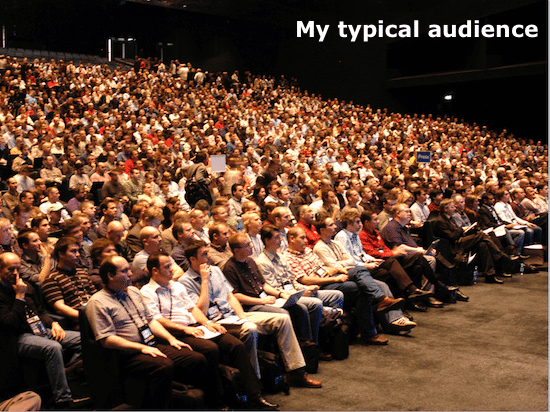 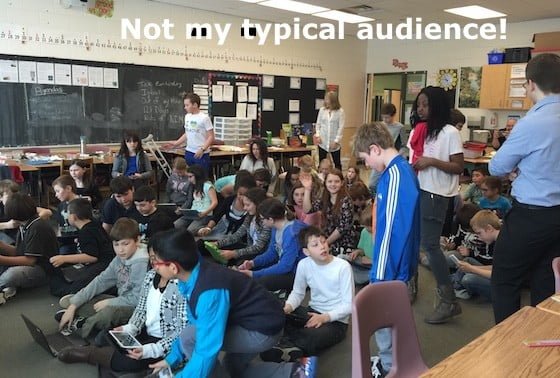 Of course, my plan was I wasn’t simply going to stand in front of them, and speak about things — I wanted to get them engaged and involved, through discussion, and, of course, text message polling!


The class was prepped in advance by teacher that they would be allowed to bring their phones, laptops and other mobile devices into class. That apparently had them extremely excited, and when I I was in the room, the excitement was palpable.

I started out by observing that currently, many school rules forbid  the use of cell phones in class. So, I asked them right off the bat to take out their cell phones and other devices, so that we could poll the room as to whether they should be allowed to use them.

The opinion, which came in live within seconds, was about as expected. (I gave them a fun third option — most of the class knows that the teacher is an avid golfer!) 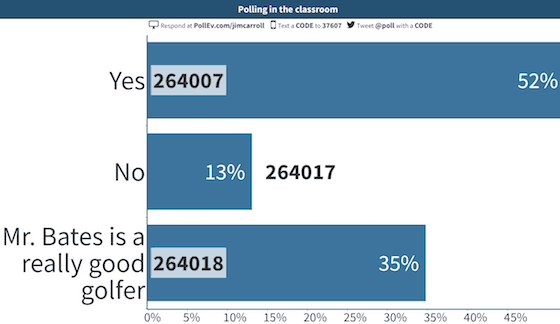 I open many of my talks with a series of observations about the Jetson’s and Star Trek – and how predictions about the future from these TV shows are now becoming a part of our lives much earlier than expected. Here’s a clip where I cover this on stage — in this case, for the Sports & Fitness Industry Association in New Orleans, where I addressed several hundred CEO’s of major sporting goods manufacturers. My key point? We live in the era of the accelerating future. 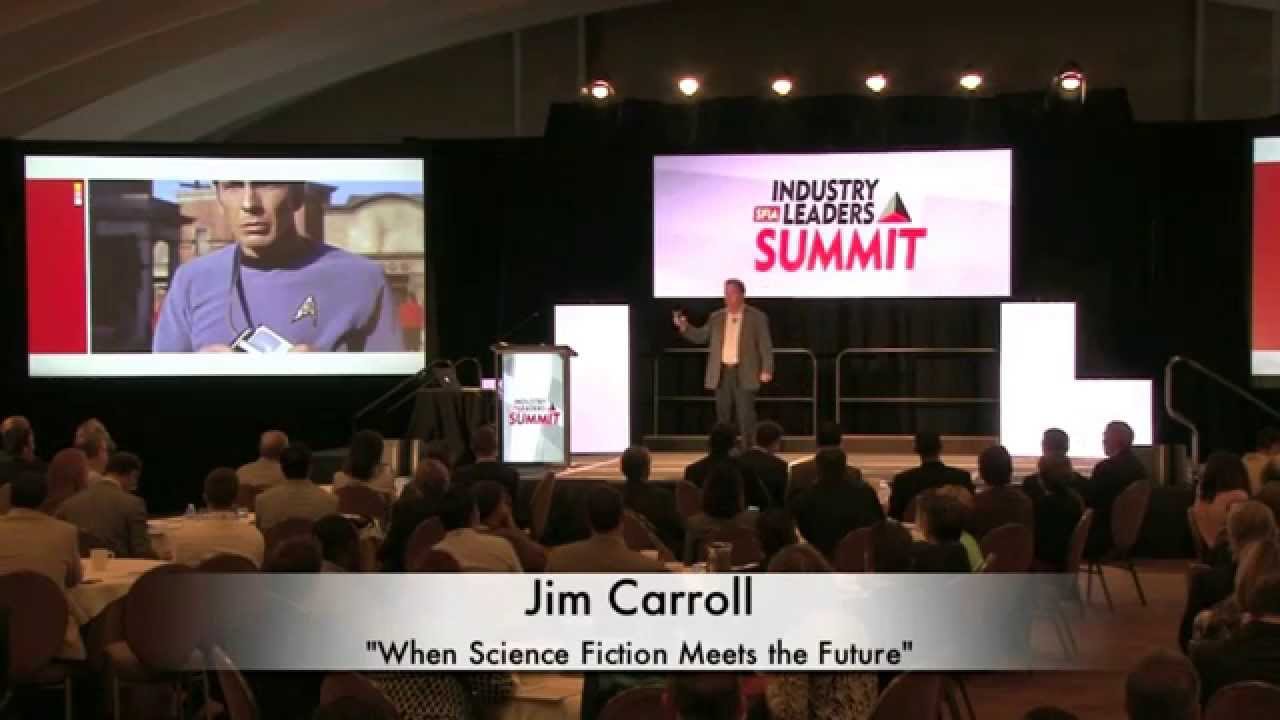 What was cool was that many of the kids knew about the Jetsons and Spock — I would have expected the numbers to be lower…..

From there, I covered a number of other things, but really zoned in on two key slides: 10 trends that would impact their future, and 10 “really cool future jobs.” 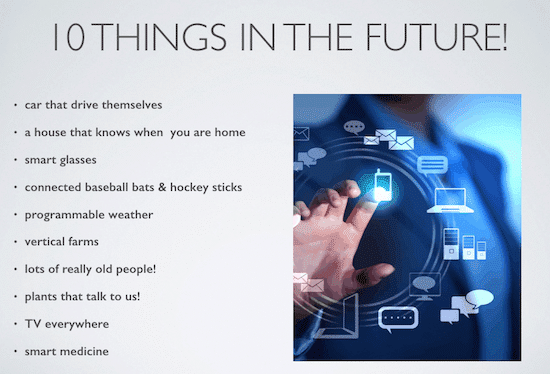 10 trends? I spoke about autonomous vehicles, smart homes, intelligent eyewear, hyperconnected sports equipment, programmable weather, vertical farms, aging populations/longevity, connected agriculture, an immersive world, and smart medicine. There was quite a bit of discussion – and laughter – as they asked questions or provided their own insight on these trends.

Some of this directly related to their curriculum — which I addressed in another slide: 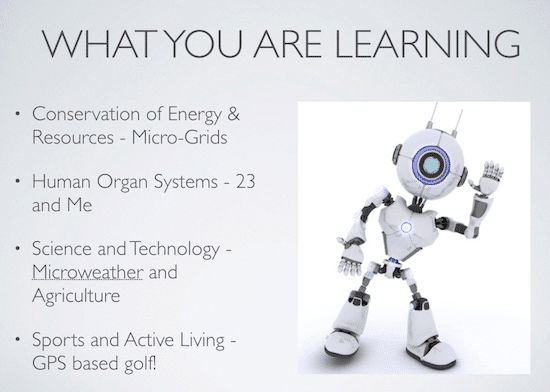 I was fascinated to learn that their teacher had showed them my “Could the Energy Industry Be Mp3’d” video. This video, arranged for by the CEO of the massive energy utility PG&E out of San Francisco, has me exploring the opportunities and challenges that are emerging with micro-grid energy technology, alternative power sources, and mobile device control of our own personal energy infrastructure. They were really into this topic, and I was really quite thrilled with the fact that they really understood the potential of what is emerging in this space.

I asked them — with all of these trends — did they think about what they wanted to be when they grew up. The answer was pretty interesting! 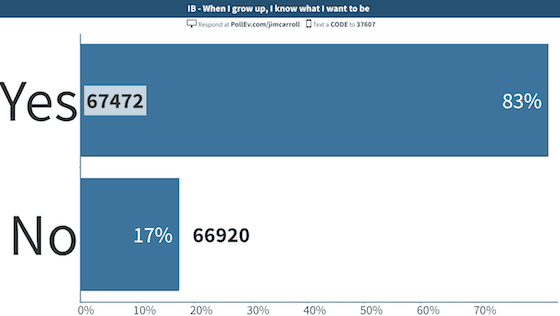 I then took a look at some future jobs and careers — but only observing for them that there would be a lot of fascinating future career options. The future isn’t just about doctor, nurses, firemen and office professionals — it involves a lot of really funky new career. Like agricultural drone pilots, healthcare robots mangers, outer space tour guides (which ratcheted up the energy levels in the classroom quite a bit!), water architects, 3D printer clothing designers, computer hacker anti-hackers (which again, provoked a bit of discussion), remote sports performance analytic, smart highway traffic managers, and smart packaging advertising managers! 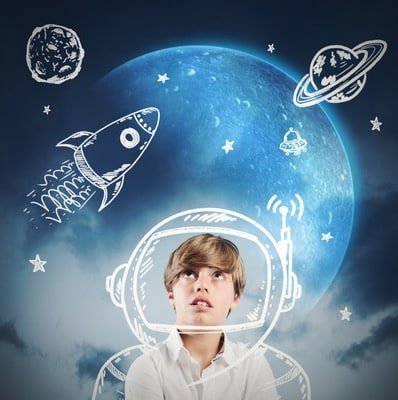 I closed with some advice on the attitudes and ideas that should carry them forward into the future — and that they really can control their future if they excel in class and in their learning ability. With one big piece of advice: 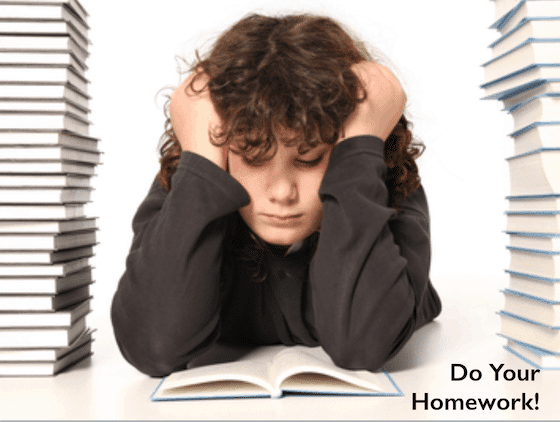 And at the end! They presented me with a thank you poster — and another very nice surprise! 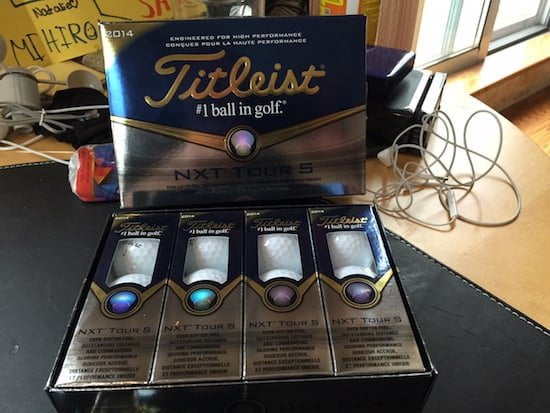 I think the kids learned quite a bit — how to think about the future, why its important to think about what comes next, and why they should focus on learning how to continually learn. 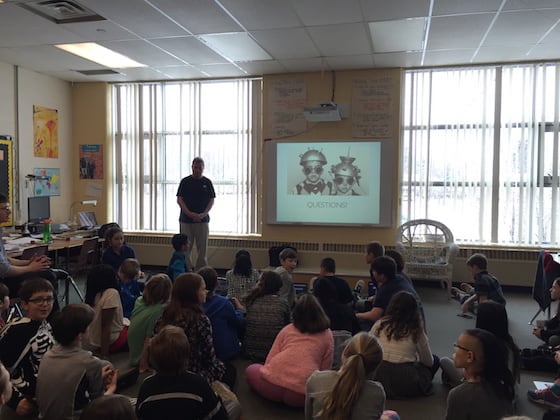 I would do the teacher/golf buddy a disservice if I didn’t come away with a summary of my own learnings from this adventurous sessions, so here’s what I know:

One day, the kids in Grade 5 today will be the leaders of tomorrow. As a futurist, I come away with a deep respect for their insight and knowledge.

I also come away with even more respect for my golfing buddy, the teacher of this energized group of 10 year olds. If he has taken his class into the world of science and tech with the topic areas these kids were talking about, then he is doing a remarkable job to shape the future for all us. Now that’s a real futurist!

Thank you for the opportunity, Mr. Bates! See you on the golf course!