The tragedy that is Alzheimer’s…..

I lost a dear friend and family member yesterday. 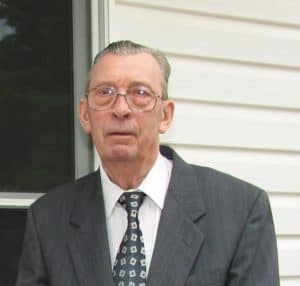 Kurt Steube — my father-in-law — affectionately known as “Opa,” lost a struggle  as the result of a broken hip, combined with complications from Alzheimer’s. 25 years ago, when I first met him, he welcomed me into his life. He took me in, always cared for me, we had wonderful conversations.

He was a deeply intelligent man. That’s the tragedy of Alzheimer’s — a disease which is looming as one of the biggest tragedies of our time. With this disease, it is all too easy to remember the person for the time that ” just was” — rather than for the time that was “before.”

Before the onset of the disease, “Opa” and I would have delightful conversations — around world politics, technology, business, society. He had a mind that was sharp, in tune, and that was very much engaged. And what was remarkable was that his career did not allow him to utilize his insight and intelligence as much as he could have. He had immigrated from Germany in the early 1950’s; as such, with limited English skills to start, he spent much of his working life doing honest, diligent work — but which involved manual labour. For over 30 years, he worked for General Motors. He was proud of who he was, what he had accomplished, and thrived in the love of his wife Susanne (“Oma”), his daughters Christa and Heidie, and his grandkids. But I always had a sense that he had hoped to do more with his life.

I do think he did quite enough, and take pride in having known him.

That is why Alzheimer’s is such a sad disease; the person who you know, gradually disappears and fades away, even though the person remains.

Ironically, the day that Opa died, was also the day that I was fortunate enough to be the opening keynote speaker, in Dallas, for the Chronic Disease Fund. I was on stage that morning, speaking to the challenges that society faces as a result of many challenging life conditions — but also to the opportunity that medical professionals, the health care system and so many others can achieve if we only think boldly about the future. I wasn’t aware at the time of Opa’s passing — my wife called me after I left the stage to let me know — and I worked to get home.

For anyone who has seen me on stage in the last two years, you will know that I have often talked about Opa, the challenge of Alzheimer’s and aging, and the necessity for big, bold, innovative thinking to help to deal with one of the biggest challenges of our time. I have a staggering number of statistics that outline what we face in terms of Alzheimer’s:

Clearly, it is one of many significant challenges that society faces, and that the health care system must re-architect itself to deal with.

Which brings me to the Chronic Disease Fund. In Dallas yesterday, I met a group who is impassioned with purpose to help those dealing with chronic illness. Founded by Mike Banigan — a Chron’s patient — over 91% of it’s fundraising goes directly to providing much needed drugs to those in need. I was staggered by what this group accomplishes. In the midst of all the divisive, dishonest and political spin involving healthcare reform in the US, I found it a truly refreshing, rewarding and transformational experience to meet a group of people who truly care about the patient, are thinking in big, transformative ways, and are making a difference.

Let’s only hope that we will see similar levels of passion and purpose emerge to help individuals and family members who will be dealing with the tragedy that is Alzheimer’s.