Trend: The Future of Energy

I’ve recently been the opening keynote speaker for two major energy events, with talks that focused on the future trends that will impact the energy industry, primarily from the perspective of energy utilities.

The first was for Accenture’s International Utilities and Energy Conference held in San Francisco, with a global audience from over 35 countries. My keynote was translated in real time into Russian and Chinese — that’s how diverse the audience was. 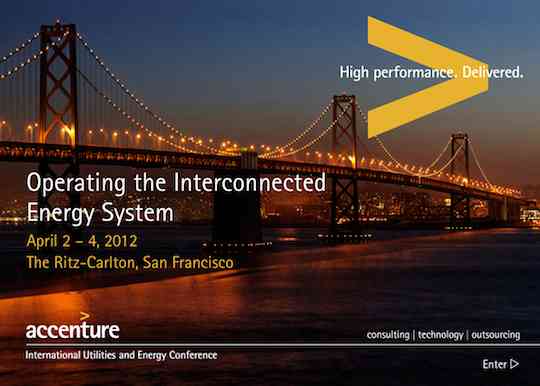 The second was for Enercom 2012, Canada’s leading energy conference held in Toronto, which featured a similar senior level audience from across Canada. 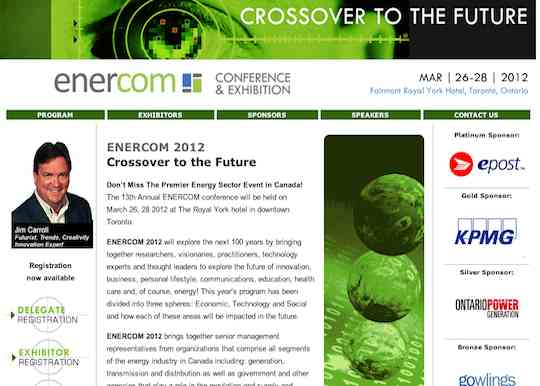 Both keynotes took a look at some of the key trends which will provide accelerating opportunity to provide for a more efficient energy grid, more rapid adoption of alternative energy sources, and respond to changing energy consumer profiles, among other trends.

One of my key messages? Opportunities for innovation are increasing because of a rapid acceleration in the velocity of knowledge. 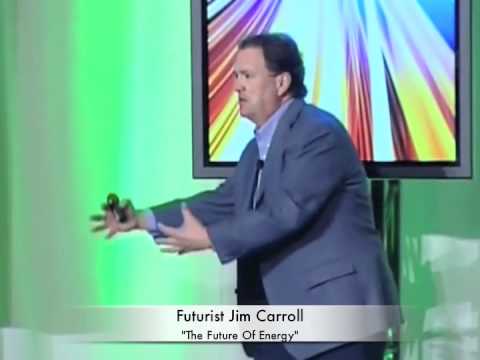 So what are some of the issues I focused upon? I framed both talks in terms of the insight I’ve developed into “what world class innovators do that others don’t do.” Here are just a few of my key points:

1. World class innovators keep the goal in sight despite pushback

To a degree, it’s a bit tough to keep an innovative spirit in the utility industry today, as a number of trends seem to work against the need for continuous new thinking:

Consider the latter point. In some areas of the US, there is significant pushback against the implementation of smart meter technology — 47 cities and counties have adopted resolutions opposing smart meters for various reasons. At the other extreme, there are some areas where people are impatient with the pace of adoption of alternative technologies. In Boulder Colorado,  there is a citizen inspired initiative to take over local power generation because of a belief that Xcel Energy is not moving fast enough with green and smart energy tech!

Clearly there has to be a continued effort to focus on the need to continue to develop and implement alternative energy sources. There is a need for continual, relentless innovation!

We live in a period of time that involves massive, sweeping transformations, and thinking longer term is always critical. I pointed out that Exxon Mobil believes that one out of every two cars will be either hybrids or some other alternative-fuel vehicle by 2040 – up from just 1% today. Clearly there is going to be a lot of innovation with the energy grid and everything that helps to generate power around in order to keep up with such a massive shift.

Big ideas lead to big opportunities – I spoke about the Gemasolar plant outside Villanueva del Ray in southern Spain — the world’s first  24 hour solar power plant. It involves a unique molton-salt heat storage system that solves one of the key problems with alternative energy : how to storage generated power so that it can be used at off peak periods. The slide from my deck tells it all: this was a big, bold project. 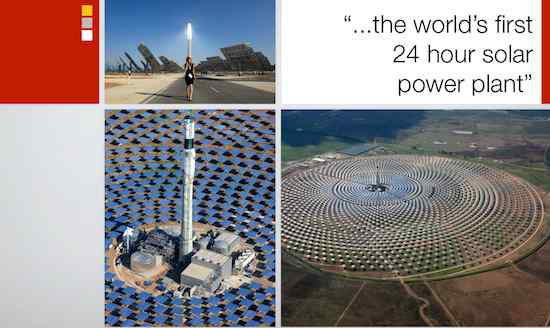 That’s what the video clip above was from. In Canada, the Perimeter Institute for Theoretical Physics at the University of Waterlook recently brought together a group of experts touching on every aspect of the energy industry. They issued the The Equinox Blueprint, with one of the key points being that we are going to see “.….extremely rapid advances in battery storage, enhanced geothermal, advanced nuclear, off-grid power and smart urbanization….”

The MIT project I refer to in the video clip above? It involves “…organic photovoltaics … solar cells which are sprayed or painted onto surfaces.”

There are huge opportunities to drive efficiency in the global energy grid by shifting demand — the oft-cited example being if consumers use their dishwashers during off-peak hours when demand is lower and generation costs are reduced, we have a smarter system.

The challenge is that efforts to encourage this type of activity through smart meters has not met with great acceptance. But I pointed out that is simply a transitional issue, as the current generation of iPhone-weaned Gen-Connect individuals comes to buy their own homes — and bring their different technology-based lifestyle to the energy grid.

I pointed out that we are quickly going to witness four key trends come together:

Think about it: this is the XBOX generation! They’ve grown up in a world of instant rewards for activity. In Call of Duty, you get a series of continual rewards based on actions. The same type of thing will happen with power consumption — if you use the technology that surrounds your personal energy infrastructure, you’ll get a cost reduction.

This generation will take advantage of Nest thermostats to a huge degree. They’re daily activities with simple activties such as dishwashers and dryers is changing :

Smart appliances are emerging faster than ever before as Moore’s law comes to the industry:

These are appliances which are linked to the intelligence in the smart-grid, and which will automatically schedule themselves to run when rates are lowest, according to a defined set of consumer preferences.

In other words, consumer behaviour and interaction with the rapid emergence of smart grid technology is going to accelerate faster opportunities for efficiency in the grid.

The key message for global energy utilities? The future belongs to those who are fast!