Home   >   Blog   >   Report from the heartland: Is there life in manufacturing in Ohio? You bet!

Report from the heartland: Is there life in manufacturing in Ohio? You bet!

Last week I was invited to speak in Cincinnati, Ohio by Techsolve, an organization that provides assistance to the manufacturing sector in Ohio 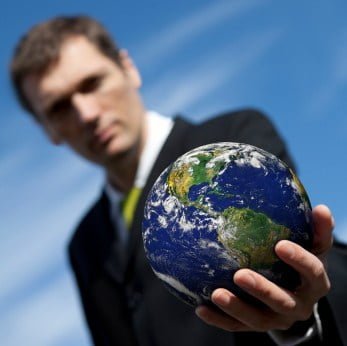 It was a tremendously fun keynote, because my talk was being transmitted — with both video and slides being shown — to remote locations in Cleveland, Dayton, Akron and elsewhere. Overall, we had about 350 people participating, representing a good cross-section of small and medium sized manufacturers from throughout the state.

My theme was “What do world class innovators do that others don’t do,” with a sub-theme of “Manufacturing 2.0” – what is it that leading manufacturers are doing to ensure they can thrive despite challenging economic times?

As with many of my keynotes, I used a series of text-message based polls to interact with the audience. It’s a very effective way of delivering a keynote in which the audience is fully engaged and active throughout my talk.

And as with most keynotes, I led with an opening survey in the first few minutes, to gauge the attitude in the room, in which I asked, “When do you think we’ll see an economic recovery. In moments, I had close to 100 responses.

And I must admit, the majority response surprised me. I do these text messages across North America to a huge range of organizations, and for the last two years, the consensus answer everywhere has been “2 to 4 years.”

Not in Ohio — almost half the respondents see that they see a global economic recovery happening now! That’s a lot of optimism!

To be fair though, half the respondents also believe that the recession is still hanging on and that we won’t see progress for at least six months or more.

Which gave me a chance to hammer home a key point I often use with my audiences — and that comes from a study by GE which found that organizations who chose to innovate during a recession often emerged as breakthrough performers “on the other side.” In other words, the time to focus on innovation is now!

On to the next issue — I often frame innovation for the audience as pursuing a wide variety of opportunities to “run the business better, grow the business, and transform the business.”

What’s the priority in Ohio? Again, the results might surprise you!

Innovation aimed at “running the business better” is often the major focus for organizations in a recession – it involves cost cutting, and often major steps to save money for mere survival.

Clearly a good part of my audience had moved beyond that, and were thinking about growth and transformative opportunities!

This is great stuff, since it shows a real mind-set of innovation in the state of Ohio.

I was feeling playful by this point — and zipped in another text message poll further into my talk. Given their mindset, I asked the room, was there a fair picture being portrayed in the media about the state of manufacturing in Ohio? Not at all!

Fascinating stuff. Overall, it was a great day, and I will post a longer blog about the manufacturing trends I focused on. Did it go well? I put up a slide part way through, to see how I was doing with the audience. The results came flying in:

I received quite a few email messages, including this one from particular fellow — so it’s great to have an impact and provide some encouragement!

I wanted to drop you a quick line and thank you for a great morning this past Wednesday when you spoke at theTechsolve/Magnet Ohio simulcast.

Your presentation was outstanding and really validated much of what I am trying to do at my company. I am the General Manager at a company that has been very out of touch with innovation and has been a sleeping giant. Our new team is driving significant change. I needed a dose of motivation and your presentation certainly provided it to me!

Thanks for taking the time to share your exciting views and vision with us, Ohio companies certainly need it!

Is there a manufacturing sector in Ohio! You bet!