Regions that rock: and how quickly Dubai lost it’s image! 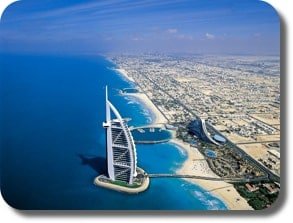 Back in the spring, when the entire world was caught up in the midst of global economic doom, I had a long conversation with a Dubai-based journalist. He was seeking my insight for an article on what a nation, city or economic region should do to remain competitive in the global economy.

I didn’t realize it at the time, but I suspect his call was related to an article that had run the day before (“Dubai turns to PR to revive its image,” The Financial Times, April 2, 2009), noting that the city state had hired a public relations firm to handle its financial communications strategy and “head off negative media coverage of its troubled economy.”

The world certainly changes fast and, as I stated in my August column, “a brand is no longer what you say it is — it’s what they say it is.” I was talking about consumer products, but we now live in a time when the perception of an entire economic region can change literally overnight.

Think about that in the context of Dubai: just a short time ago, it was one of the world’s most dazzling success stories. Then came the market meltdown, the huge challenges in the global economy — and suddenly the shine was off this burgeoning world-class city. Today, of course, it looks a bit more like a financial basketcase than a shimmering global success story.

I spoke to the fellow about a wide variety of issues, but emphasized that one of the most important things politicians, economic development officers, community leaders, boards of trade executives and others should be thinking about now is their region’s image on the global stage. Given the rapidity of the meltdown and changing circumstances, locations that were once seen as vibrant, progressive and growth-oriented are suddenly finding themselves with a different “brand.”

And who would want to rest their personal future economic success upon the brand of an economic region in decline? Who would want to relocate a business to such an area, or consider a career-based move to an area that had a damaged brand?

Clearly, success in a global economy on the rebound will go to those regions that can continue to draw growth industries, specialized skills and global attention; and to those willing to innovate in terms of how they promote their brand.