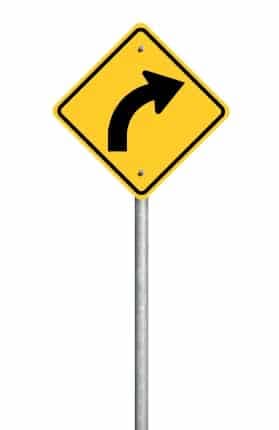 Ask yourself that question. The year 2008 will look like this: it was the year that a global economic tsunami caused massive change — but it was also the year that saw the start of some pretty significant transformations.

As we go forward from 2008, it’s important to appreciate that we’re about to see a lot of big turns in the years to come in a wide variety of industries. Really, really big turns.

I’m a big believer that we live in truly transformative times, and that the next decade is going to witness some pretty staggering changes. Much of this transformation will come about because of the scope of potential problems that loom.

I could go on. The point is, take any of these issues or dozens of others, and we’ll look back in ten years and think to ourselves, “wow, there was suddenly a whole lot of innovative thinking going on.”

That’s why innovation will be a core focus for organizations as they go forward into 2009. Innovation leads to growth. Growth is the only way out of this mess.

I was just quoted in an article for Farm & Dairy magazine: Keep your farm above water in 2009: Think change, noting:

“Growers who focus on innovation as a core value will find success,” says futurist Jim Carroll. “Their innovation will focus on the triple-feature need for growth, efficiency and ingestion of new science.”