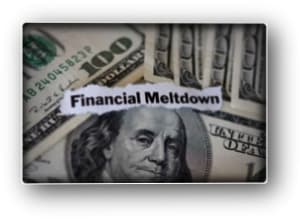 I don’t want to distract from the seriousness of the events unfolding on Wall Street, but check out these headlines:

Maybe it’s that the news media is being environmentally responsible and is recycling news headlines?

The events as they are unfold are tragic, and there are people losing their jobs. We’ve yet to see where it will all go.

On the other hand, it needs to be put into the context of previous “meltdowns”. We’ve been here before, folks. And at the end of the day, there will still be banks, insurance companies, investment organizations, and a financial system.

I wrote about this a few months ago, and put together a “Memo to the CEO” that examined the issue of innovation. Maybe it’s a good time to resurrect for those organizations that are concentrating on getting through this mess and moving on to the next stage. As we come out of it, it will be those focused on innovating within the new marketplace who will come out on top.