Daily Inspiration: “When times are tough, creativity should not be!”

“When times are tough, creativity should not be!” – Futurist Jim Carroll 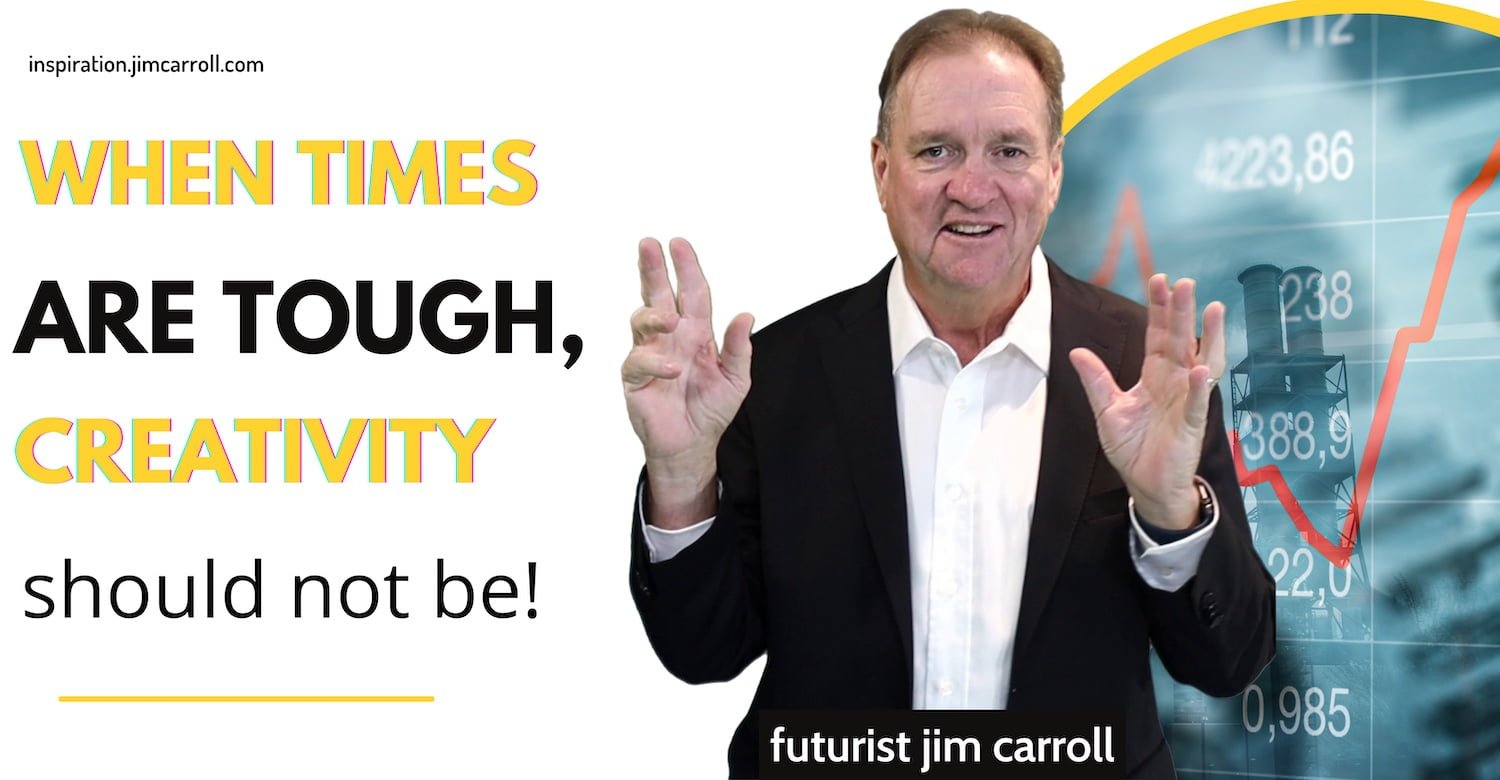 You should never forget that you might find your best ideas when faced with adversity.

One thing I’ll be talking about during my keynote in Switzerland tomorrow is that a recession and economic downturns are actually a great time to launch new ideas and new companies. I’ll share this slide, which is an overview of companies that were launched in previous times of economic uncertainty. Microsoft, Mattel, Trade Joe’s, IBM, Colgate-Palmolive, MTV, Disney. No one told the founders that they shouldn’t launch their opportunities when things were going south!

Here’s what you need to know though – Some people don’t see the world that way. They view a downturn as a time to retrench, pull back, and shut things down because their view of the future is so limited. I am reminded of the time the editor of the Globe & Mail newspaper shut down my long-standing technology-oriented weekly column at the height of the dot.com collapse in 2001. His attitude was that clearly, the tech run was over and that ideas were dead in the water. I’ll never forget his comment to me: “There is no more technology news yet to come.”

LOL on him: after that, the tech industry saw the recession of 2001-02 as an opportunity for rebirth and growth. So after ‘tech was over,’ we saw the birth of a few tech-based organizations and inventions such as the iPhone, Facebook, YouTube, Instagram, Twitter, TikTok, WhatsApp, Android, Bitcoin, Tesla, Wikipedia, Netflix, Google Maps, Spotify, Airbnb, Uber… Oops! I guess he didn’t understand how the world works!

The fact is, recessions and economic volatility are opportunities – we know that through history! What do these innovators know?