Daily Inspiration: “If the scale of the problem you are trying to solve is bigger than your biggest idea, it’s time to generate an even bigger idea!”

“If the scale of the problem you are trying to solve is bigger than your biggest idea, it’s time to generate an even bigger idea!” – Futurist Jim Carroll 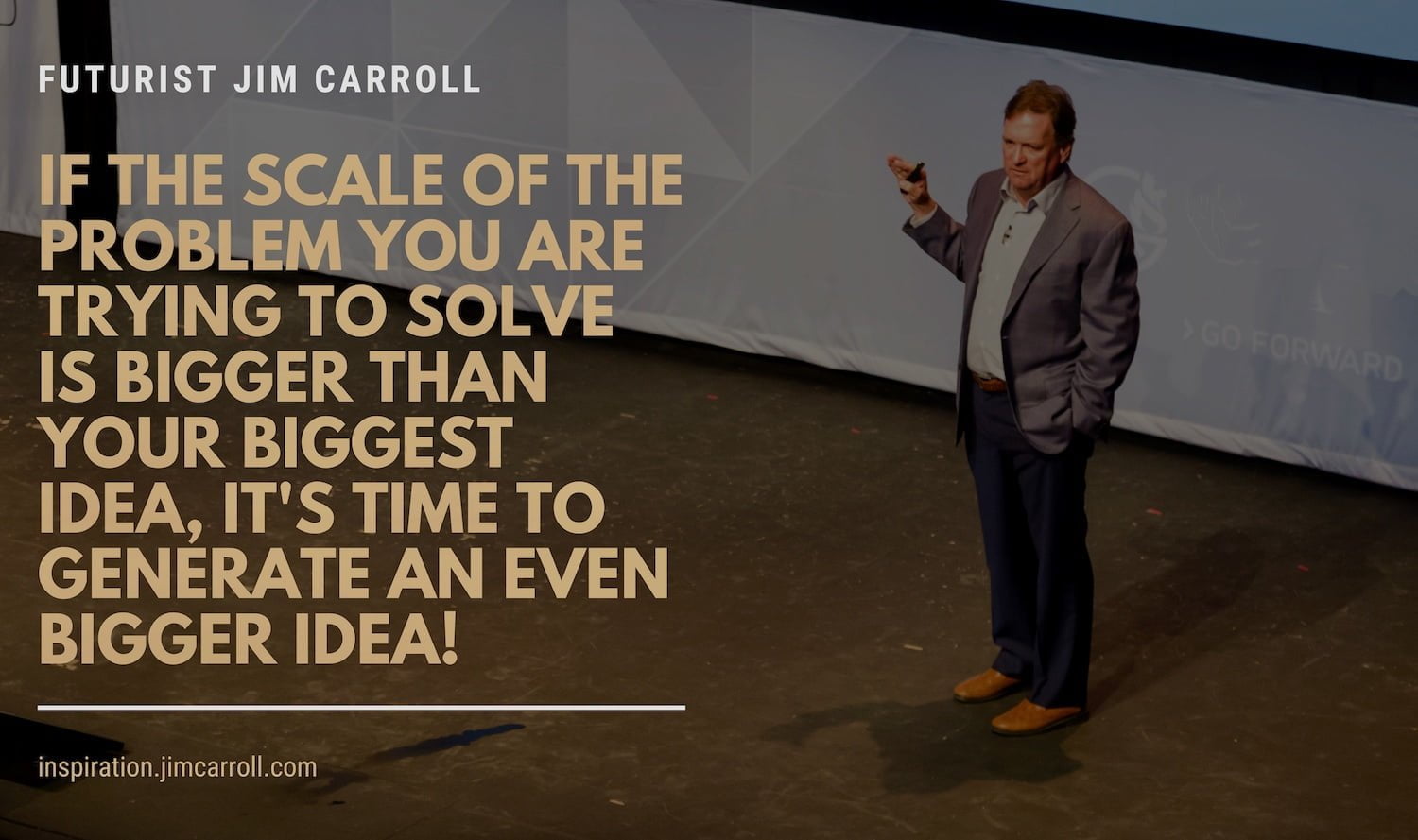 Tomorrow, I’ll be in Kansas City, speaking for the CEO of Black & Veach at his first leadership retreat. New to his position, he knows that in the context of massive change, his team must not just innovate – they must focus on complete transformation, not only in what they do but how they do it. As he said to me, they must think bigger to align to the big trends that are underway in the markets in which they operate.

With that in, sometimes simplicity is the best observation. Given that they are in the business of BIG water, wastewater, energy, telecom, and transportation infrastructure, one of my slides is quite simple as to the scope of the transformation underway in the markets in which they serve. The big issues and opportunities are pretty simple laid out in this way, and yet are vast in scope.

The Scope Of The Problems We are Trying to Solve is That Much Bigger!

The key thing is this: the ideas they have in mind right now, given their somewhat limited view of the future, might not be big enough in terms of the massive scope of these trends. If the trend is bigger than the biggest of your ideas, you need a bigger idea!

Think about it this way: every single industry is transforming, and so should they. This video from a keynote I did for the World Bank outlines the scope of those trends. 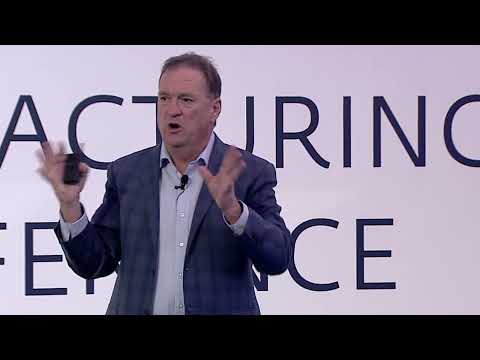 It is our ability to align ourselves to the massive transformative trends of our time that will define our success. And what is really happening is this future is bigger than we think. Just think about the period of time that we are living in today. I think we will look back five or 10 or 15 or 20 years from now, and say, “Wow, I lived through that big era of big change.” Think about the world of healthcare, genomic medicine, DNA-based medicine. We know by looking at a couple of hundred strands of your DNA, what you are likely to become sick with. One day in the world of healthcare, we will fix you before you are sick, because we know what healthcare conditions you’re likely to have throughout your lifetime.

Think about the world of energy. It is undergoing such a dramatic shift that our world of energy today is coal, natural gas, nuclear, energy systems based on carbon. The era of carbon is over because we have so much momentum occurring with wind, with solar, with renewable energy, with battery storage technology, with the primacy of electric vehicle technology, that oil has essentially run its course. The era of oil is over. We are moving from a world of energy based on carbon to a world of distributed renewable energy resources.

The battery storage technology playing a massive role in the world of transportation. One day we will look back at today and remember a world in which we drove cars that used diesel and gasoline, and then one day we woke up and we realized the cars drove themselves, and essentially were big iPads on wheels with batteries as cars became computers.

In the context of big trends, you need big ideas. If every single industry in which you operate is undergoing a massive transformation, and your path forward is pretty simple if you think about it: follow the trends and align your actions accordingly!