Daily Inspiration: “Get over it!”

“Get over it!” – Futurist Jim Carroll 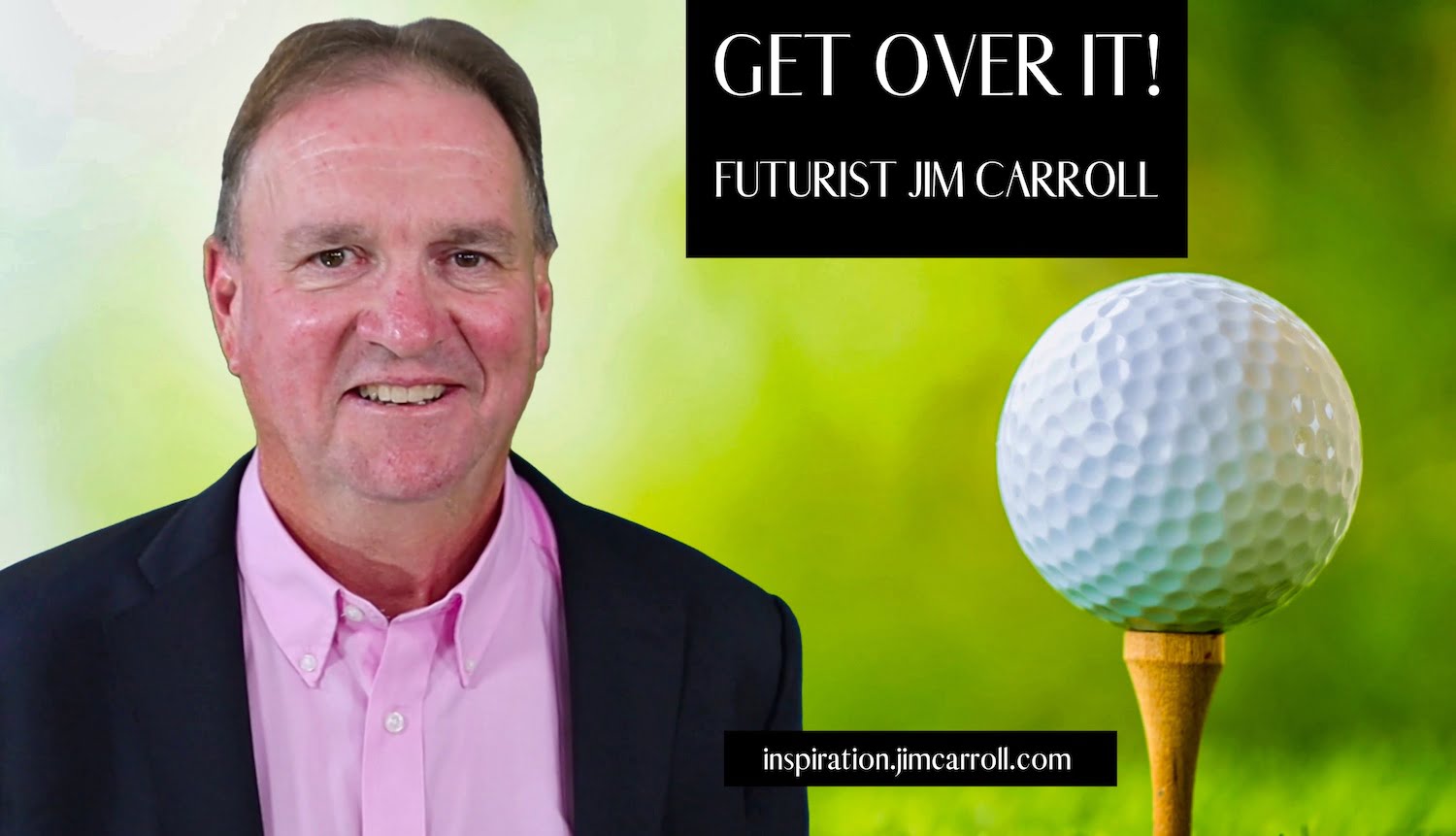 I golf.  Not terribly well sometimes, but always, with a lot of enthusiasm. I’ve taught myself not to let one bad shot or string of shots ruin my day. My ball mark is a smiley face – it’s there to remind me that I’m there to have fun, not to earn a career out of it.

My youngest son – he’s 27 – golfs. Extremely well!. In many rounds, he’ll be 1 or 2 over par, and sometimes, under par. We manage to get out a lot which is wonderful! I’ve learned a lot about the mental side of the game by watching him – his ability to recover from a bad shot is extraordinary. In that context, his rounds over the last week have been phenomenal – except for his putting. As they say, it’s become a thing! He’ll either roll over the edge of the hole, circle around, or hit it square on and bounce over. That’s costing him strokes, and what is a fantastic round could have been a spectacular round!

With that in mind, let me say that I find the mental part of the game of golf to be fascinating; it parallels life to a degree. You can have a bad moment, and what happens next is very much dependent on what you decide to do, the attitude you develop, and the mental fortitude you establish. I’ve seen some people let a bad shot send them off the rails; YouTube is full of videos of golfers losing it. Real pros, however, know how to recover from a bad shot and move on to the next one. That’s why I always repeat the golf mantra – “the only important shot yesterday is the next one.”

So take all that and bundle it together with the comment I made to my son after yet another missed putting opportunity that just barely missed. “Just get over it,” I joked. I don’t know why I said it – a totally inappropriate comment at that particular moment. It didn’t go over particularly well, and yet the other fellow who was out with us had a good laugh, and my son smiled and joked about my lack of a filter.

But as it happens, the phrase stuck in my head for the rest of the round as I mulled its meaning. Sometimes – maybe not in golf or other sports – we should just ‘get over it.’

Faced with new forms of competition? Have you become too wrapped up in trying to preserve your old business model in the face of withering disruptive change, and so you end up making foolish strategic mistakes? Get over it! You’ve lost sight of the fact that your products are out of date, obsolete, or lacking features that interest today’s new consumer, but cling to them because you fear change? Get over it! Your knowledge base has become somewhat irrelevant in the face of overwhelming industry change, but you are reluctant to pursue training to learn new career skills? Get over it! You aren’t ready to accept that your future is going to be totally different from the reality you know today, and you’re apprehensive about that fact. Get over it!

Get over it – it’s a useful mindset to adapt when we are struggling with something, and need to force ourselves to change.

Except, sometimes, it’s not really useful as advice for a golf game, particularly if everything is working well and it’s just some random weird pattern with putting that has developed.

And particularly, not as advice to your son!