Your Future isn’t What You Think It Is: Are you Reinventing Fast Enough?

At some point in time, if it has not yet happened, you’ll come to realize that the future that you thought you had no longer exists, and that you need to do something new. 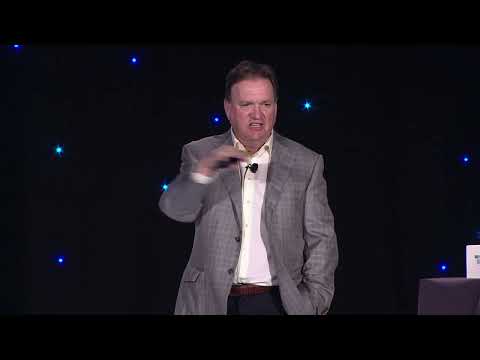 And if you are a business organization, that realization brings you the reality that you need to reinvent your revenue. 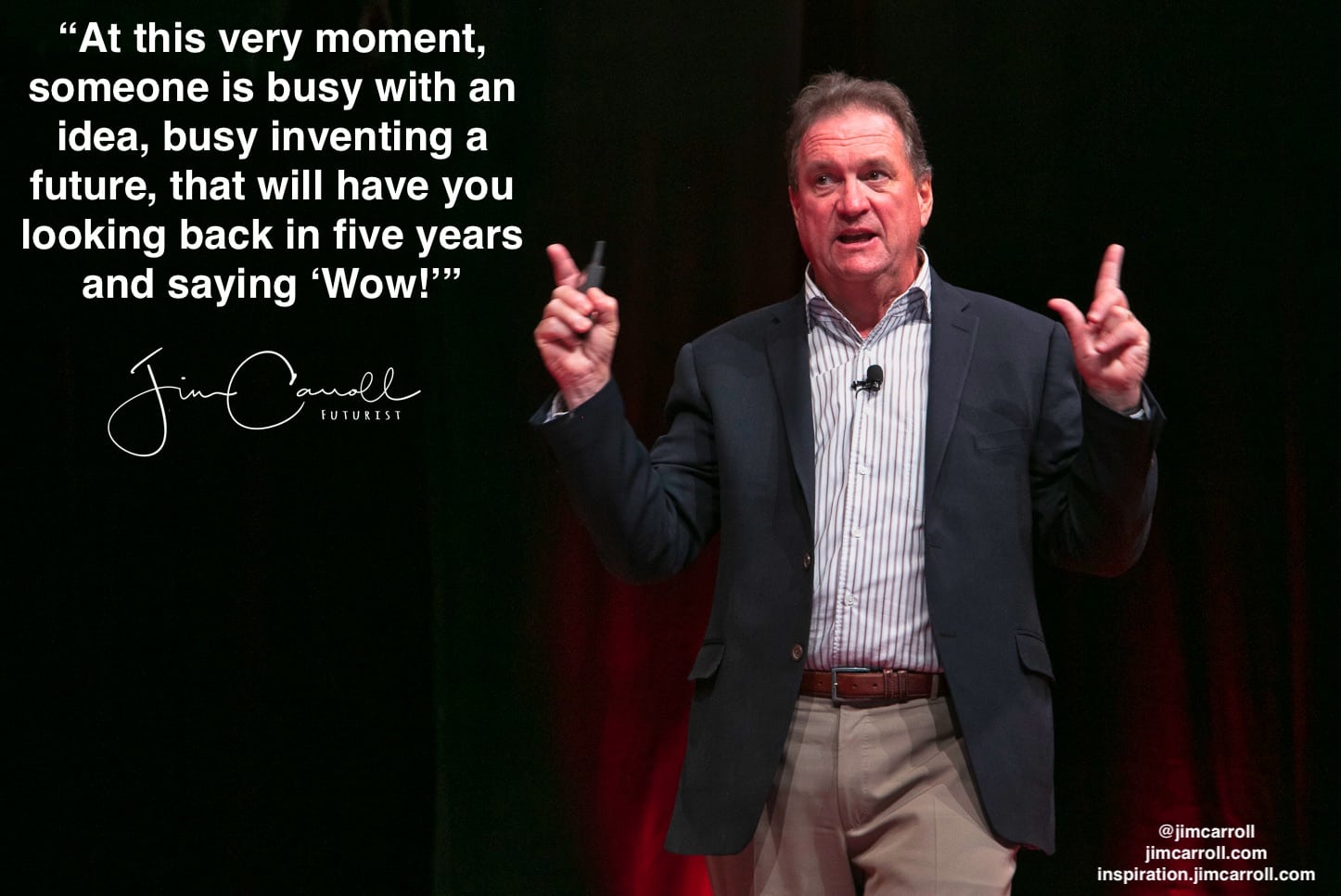 This resulted in the reality that in an era in which much of your future revenue will come from products or services that don’t yet exist, your legacy might very well be your death sentence!

Let me summarize this reality another way:

“Companies that do not yet exist will build products not yet conceived using materials not yet in existence with methodologies yet to be defined. Are you ready to reinvent to keep up? – Futurist Jim Carroll

Clinging to your legacy like drowning seize a life preserver is not a strategy – it’s desperation! – Futurist Jim Carroll

What are the driving trends that define a need for regular, continuous revenue reinvention? There are many. Product lifecycles have become shorter; market longevity is not guaranteed; new competitors emerge faster; customers display less loyalty. These trends and many more mean that you don’t have any guarantee that the product or service that you are offering today will be in demand tomorrow – or even relevant.

The Collapse of Product Lifecycles

One of the most profound changes to come about during the past decade has been the collapse of product life cycles.

Think about the graph in your marketing textbook from years or decades ago when you first learned about the concept of product life cycles. Remember how it showed a product coming to market: sales increase, reach market maturity and eventually begin to drop off. That’s been the model of product life cycles as taught in business schools for the past 100 years or so.

The rule of thumb was that companies would innovate and introduce a new product. If it succeeded, the company would experience growth. At some point, sales would peak. The product would then become obsolete or overtaken by competitors and sales would decline. That might involve a time period of 10, 15, or even 25 years.

Behind these trends are a myriad of factors. As every industry becomes one driven by the speed of technology and hyper-connectivity (“cars become computers”), the pace of industry speeds up to a furious degree. Existing products become out of date faster, new products based on new connected concepts emerge – the basis of revenue transforms.

That’s why you need to focus on the concept of continuous reinvention – a mindset that today’s line of products or services is not good enough – and must be refreshed and reinvented on a regular, continuous basis.

The harbinger for this trend was found with the blistering pace set by Apple – at one moment, Apple was in a situation in which 60% of its revenue came from products that did not exist 5 years prior. Once an aberration, that is increasingly becoming the norm in most industries. If you can’t reinvent at the same blistering pace, you’re done.

Can you reinvent yourself at the same blistering pace as Apple and other hi-tech companies? If not, you’d better figure it out – your market and industry are becoming part of that same reality.

Consider the trend. Cars are becoming computers. Home appliances are now connected computers that wash your clothes and cook your food. Medical equipment is now some sort of weird, hyperconnected intelligent AI thing that does a better job at diagnoses than a physician. A farm tractor is no longer just that – it is now a rolling GPS-based real-time soil-weed-crop health analysis machine!

In all of these cases, Silicon Valley and the impact of technology has come to drive the speed of change – and quite simply, that’s faster. Companies need to pick up the innovation pace – and reinvent their revenue in doing so.

Who wants a car dashboard from the olden days (i..e. from two years ago) when this year’s model has the latest, greatest car navigation and accident avoidance technology?

Who wants to build a hospital using yesterday’s out-of-date medical equipment when there is some fascinating new device just on the horizon?

Clinging to your legacy like drowning seize a life preserver is not a strategy – it’s desperation!

It’s not just hi-tech trends that are driving revenue reinvention – it is the fact that we are witnessing many existing industries enter into their sunset years, driven by the real emergence of new industries.

For example, oil is over. We all know this to be a fact. Massive oil companies like BP, Saudi Aramco, and others have said that there are countless other trends that are leading to the end of the era of carbon – renewables, micro-grids, electric vehicles, battery storage technology.

Saudi Aramco? The largest oil company in the world Simply put, they know oil is over, that chemical science is the future, and that rapid reinvention is critical – and that their future lies in turning itself into a chemicals company instead..

The Acceleration of Science

Why would one of the world’s largest oil companies shift to a new focus on the chemical industry as their key opportunity?

One reason is that the math of chemical hyper science.

Years ago, I dug out a fascinating observation having to do with the world of chemistry.

Here’s the thing – it was the discovery of a single new chemical substance that led to the opportunity for Apple to miniaturize the hard drive — that led to the first iPod – many years ago. Which was the birth of a multi-billion market.

Then there is revenue reinvention which comes from changing existing business processes to change up the mix of revenue faster.

A great case study involves a company such as Honda, which can see what’s selling strongly and quickly reorient their production to fit that demand. In the meantime, its competitors are busy cranking out 700,000 versions of the same old car, hoping to sell it to consumers who have already moved on to something different.

This ability to respond quickly to change is a cornerstone of opportunity. Competitors will emerge, particularly as the new connected generation rejects existing business models and innovative people continue to shake up the fundamentals.

The Concept of Chameleon Revenue

I recently spoke at a leadership meeting for a global organization, where the CEO spoke of a future in which the company’s success would come from what he called “chameleon revenue” — the sales derived from entirely new product lines. The chart he presented said it all: the organization’s future consisted of a steady decrease in baseline revenue and accelerating revenue streams from markets it currently does not participate in.

Can you reinvent revenue at speed? What if you had to replenish your product or service line every two or three years? It could become the new normal in many industries.

If you want to master reinvention you need to think about how your own product life cycle is changing.

If product life cycles are collapsing in your industry, do you have the capability and wherewithal to generate revenue where revenue hasn’t existed before? Are you prepared to bust into new business models so you can enter markets where you haven’t participated before? Do you know how to add service and other revenue streams to commodity product lines so that you can generate additional revenue from previously stale product lines?