Daily Inspiration: “When you can’t deliver on your core mission, all you manage to accomplish is that you become a really good example of an extremely bad failure!”

“When you can’t deliver on your core mission, all you manage to accomplish is that you become a really good example of an extremely bad failure!” – Futurist Jim Carroll 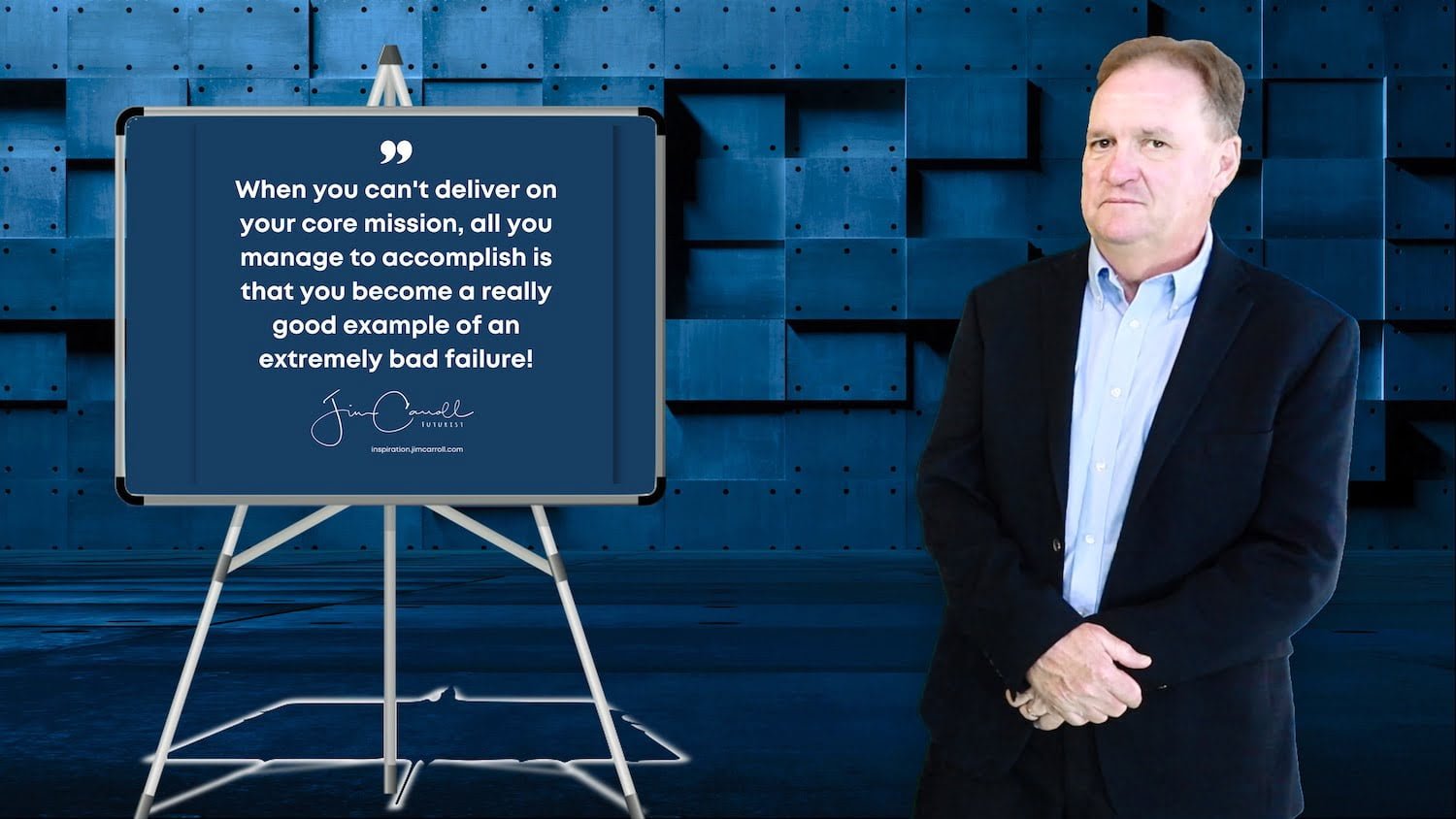 Insurance companies spend an inordinate amount of time trying to convince us that when we really need them, they’re going to be there for us.

They run warm, soft ads with reassuring words and soothing music to try to convince us that during the most difficult of moments, they are going to be your most valuable, trusted partners.

A few years back, I gave a keynote for a Canadian insurance company, Economical Insurance, and had most of the top leadership team as well as a broad cross-section of senior executives of the organization in the room. It’s one of countless talks I’ve given to the insurance industry over the years – gosh, my corporate work has had me talk about trends and innovation, including customer service, to organizations like Manulife, New York Life, Hartford Life, Farmers, MetLife, Gore Mutual, Economical Insurance, Chubb – it’s a ridiculously long list. It’s a complex and difficult industry – and can be one of the most challenging to change. 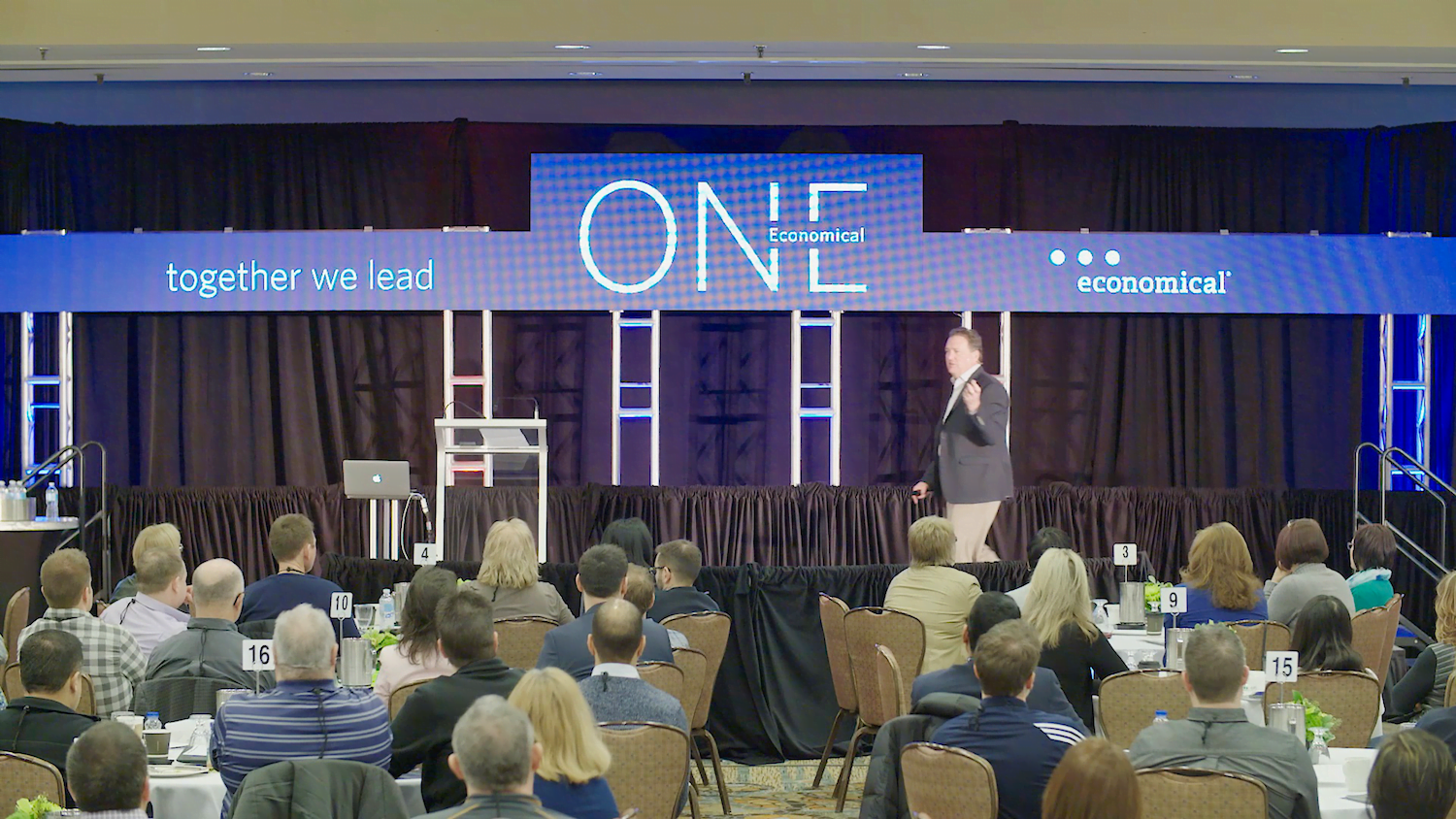 So imagine the lessons I’m learning in real-time when you end up with a complex auto claim due to a fail-to-remain accident (no one was hurt, fortunately), and the process of interaction with your insurer was just a complete fail, with multiple systemic fail points that I won’t bother to document.

Suffice it to say, they are a pretty broken organization. I’m trying to reconcile in my mind with what my wife had to go through with the bold claim they make on their home page:

We make one simple promise to our customers: We’ll be there when you need us most.

And going forward, all I can learn from the experience is that this bold promise as seen on their home page is simply, totally empty and hollow.

I won’t bother to describe the multiple fails points, but suffice it to say, if you read the ‘Satisfaction Guarantee’,  they failed at the very first sentence below – resulting in about 2 hours of phone calls while someone tried to do what was promised and fix what wasn’t accomplished. It’s amazing how much you can learn about broken back-end systems while talking with someone! And to top it off? At the end of the process, we actually had to do direct payment to the tow truck driver – something which is never really recommended – because their systems in place to process such a payment failed, and no one at Economical was able to fix it.

When I read blathering like what is seen below – this too is on their Web site – I’m pretty certain that we will end up seeing endless apologies, promises to fix things, and indications that issues will be addressed. 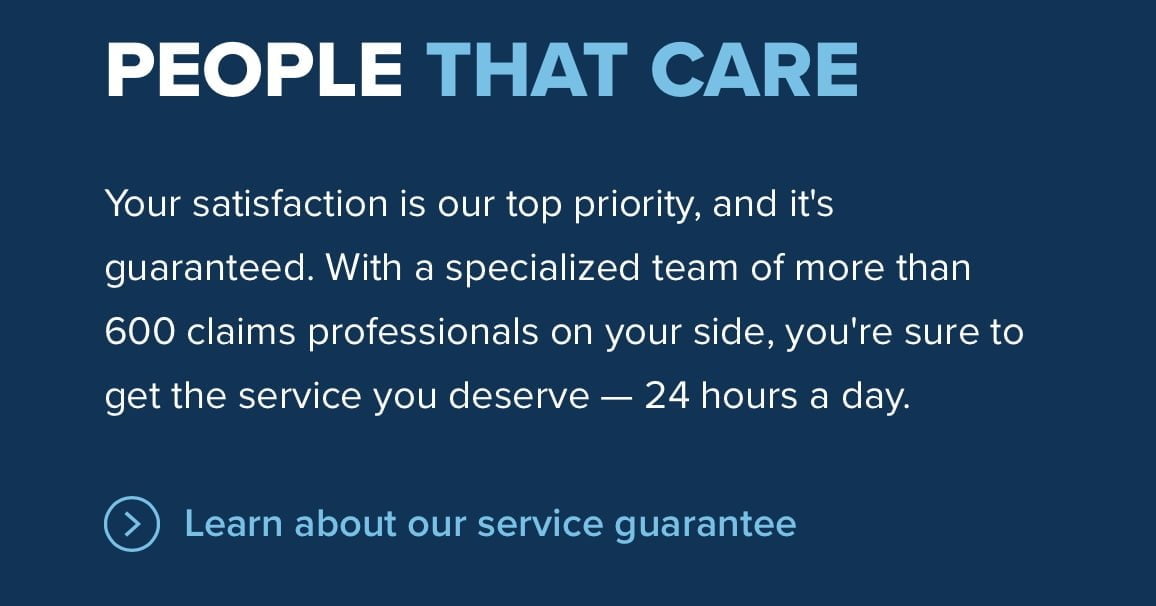 You know and I know – when you see a systemic failure to such a degree that a company fails on the very essence of its core mission, guarantees such as what is stated above are entirely worthless, the promises are meaningless, and the ‘priority’ is just marketing babble.

Today? Much time will have to be spent resolving the situation, time that is needlessly spent.

I also know is that going forward, it gives me a powerful story to share within the insurance industry and beyond. It’s one thing to come up with bold promises – it’s another thing altogether to deliver. I have no doubt they have good intentions, but it clearly has failed within its grasp. What’s worse – I fully expect that the organization will actually do nothing to actually follow up and try to learn from such a failure by reaching out to us. Senior management probably does little to actually try to learn from the disconnect between promises and delivery. Because this never happens – failure in a core mission usually indicates overall systemic failure.

Lessons? Making a promise is one thing. Delivering on it is extremely difficult – and can often go spectacularly wrong.

And in today’s day and age, jilted customers like to talk a lot more about a bad experience than any type of positive experience.