Daily Inspiration: “Don’t just try to do what you’ve done before – do a thing that no one has yet done next!”

“Don’t just try to do what you’ve done before – do a thing that no one has yet done next!” – Futurist Jim Carroll 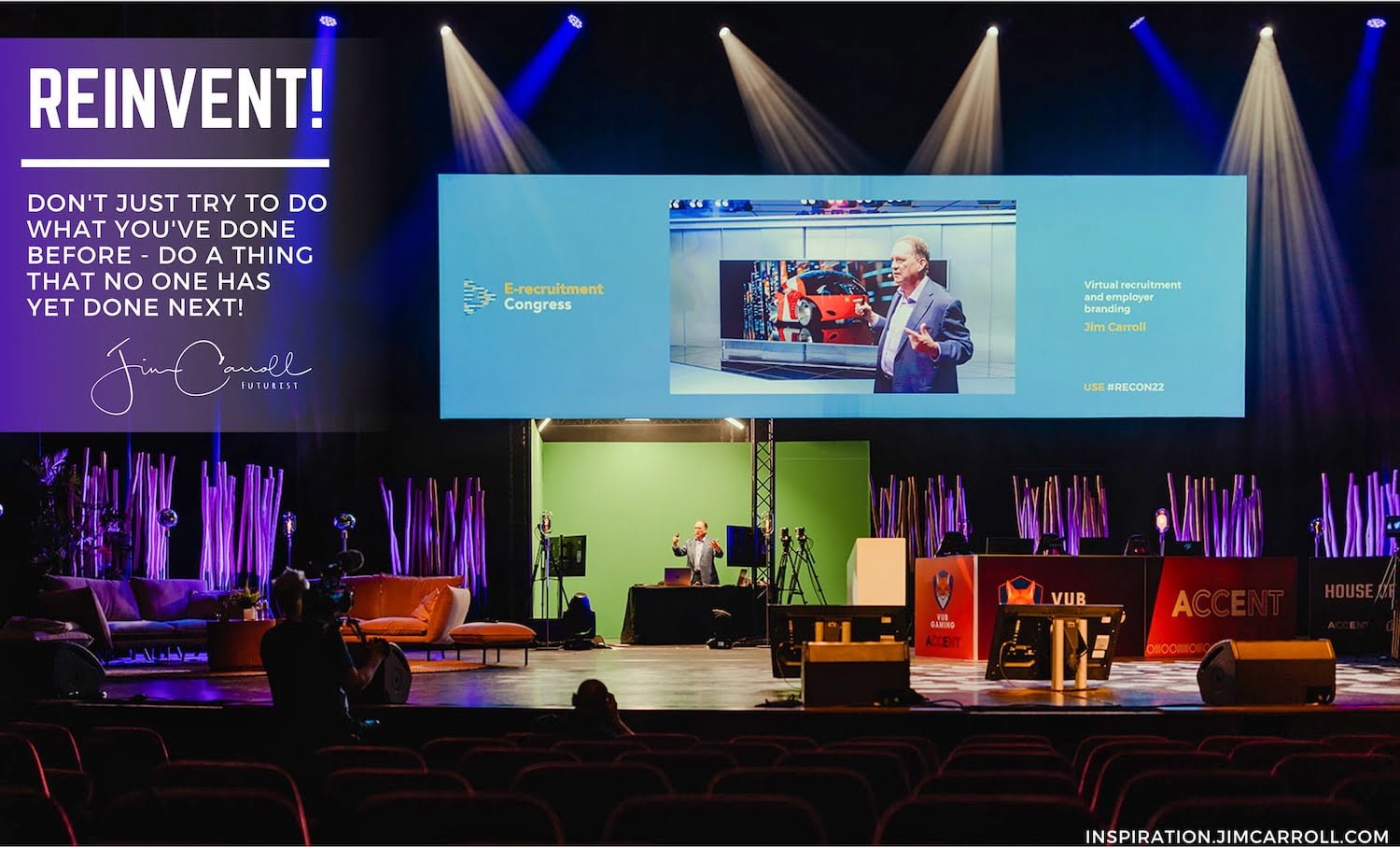 Reinvention – I love that word! I focus on the word a lot on stage when I’m speaking about business model disruption and innovation – it’s critical for corporate groups to understand that in a fast world, they can’t keep doing what they’ve done before. They should only be doing what they need to do next! I try to live the very same message in my personal life, always reinventing and trying new ideas, staying one step ahead of everyone else.

And so today’s photo, captured in early May when I was on stage at an event in Ostend, Belgium, captures the theme perfectly, as I transition with yet another reinvention, moving from my new virtual stage on stage to an actual real stage! It was a story of reinvention, told live on stage.

What was it about? The organizer pretended that I was coming in virtually, and built me an actual virtual studio on the stage where I began my keynote. The audience thought I was back in Canada – but about 7 minutes in, the heavy black curtains drew back, revealing to the audience that I was actually there. Check the 2nd video below – you can hear them cheering, likely not for me but for the stage wizardry of it all!

Reinvention is core to what I do. I wrote about reinventing in the early days of the pandemic in a book I released just last year: Now What? Reinvention and the Role of Optimism in Finding Your Next Future. More about the book here.

That was but one barometer of the fact that the one overwhelming trend that all of us had to deal with was a sudden acceleration in our lives. Adapting to our new online world, learning to interact in new and different ways, reinventing the key methods by which we did business, ingesting sophisticated technologies at a furious pace.
Worldwide, lessons were learned – reinvention was everywhere!

Later in the intro, I wrote:

Reinvention. What does that mean? What is it? Why is it important?

My journey – and that of countless millions – has always been one that has had at its core a fundamental belief: that in this world of vast new and fast-changing complexity, we can never become complacent. We can never dare presume that the skills we have today will carry us forward into tomorrow. It would be folly to assume that our career at this very moment in time will be the same one that might let us earn our keep tomorrow. We would be fundamentally wrong if we were to believe that the life we are living today will look anything like the one we will encounter tomorrow.

With all that change underway, one thing is clear – to succeed in the future, we must continually reinvent our reality. Adapting new skills, developing new knowledge, pursuing new careers, aligning to new ideas.

We must, in a world of constant change, always be reinventing ourselves.

If I had to reinvent myself on my way into our virtual world, it would be fun to reinvent the process of coming out.

And so here’s how things unfolded. First and foremost, from my stage-based virtual cocoon, I built a story of the changes we had been through: 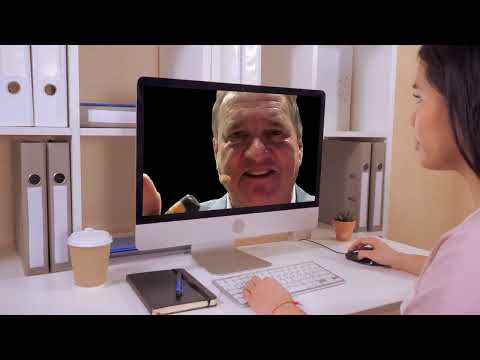 And here’s a scene from the audience – forgive the video quality – as I emerged! 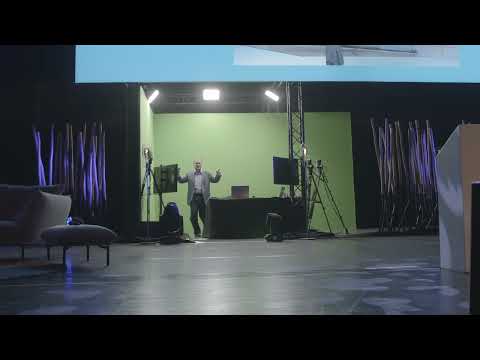 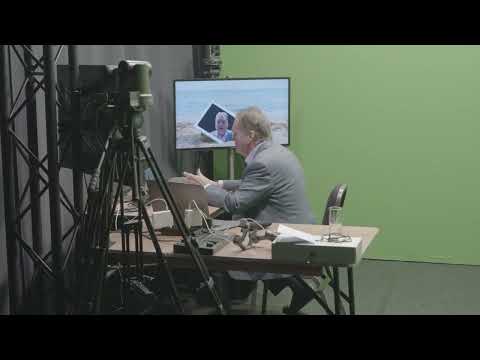 And a view of the virtual moments of my ‘reveal’ moment. 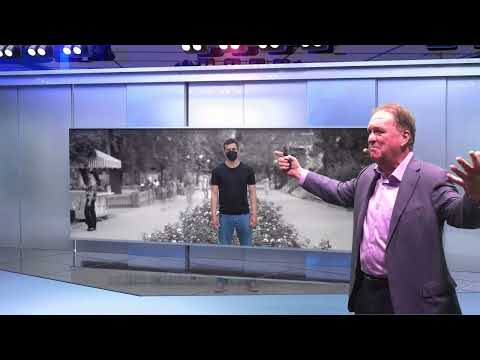 However you look at it, I continue to reinvent my world.