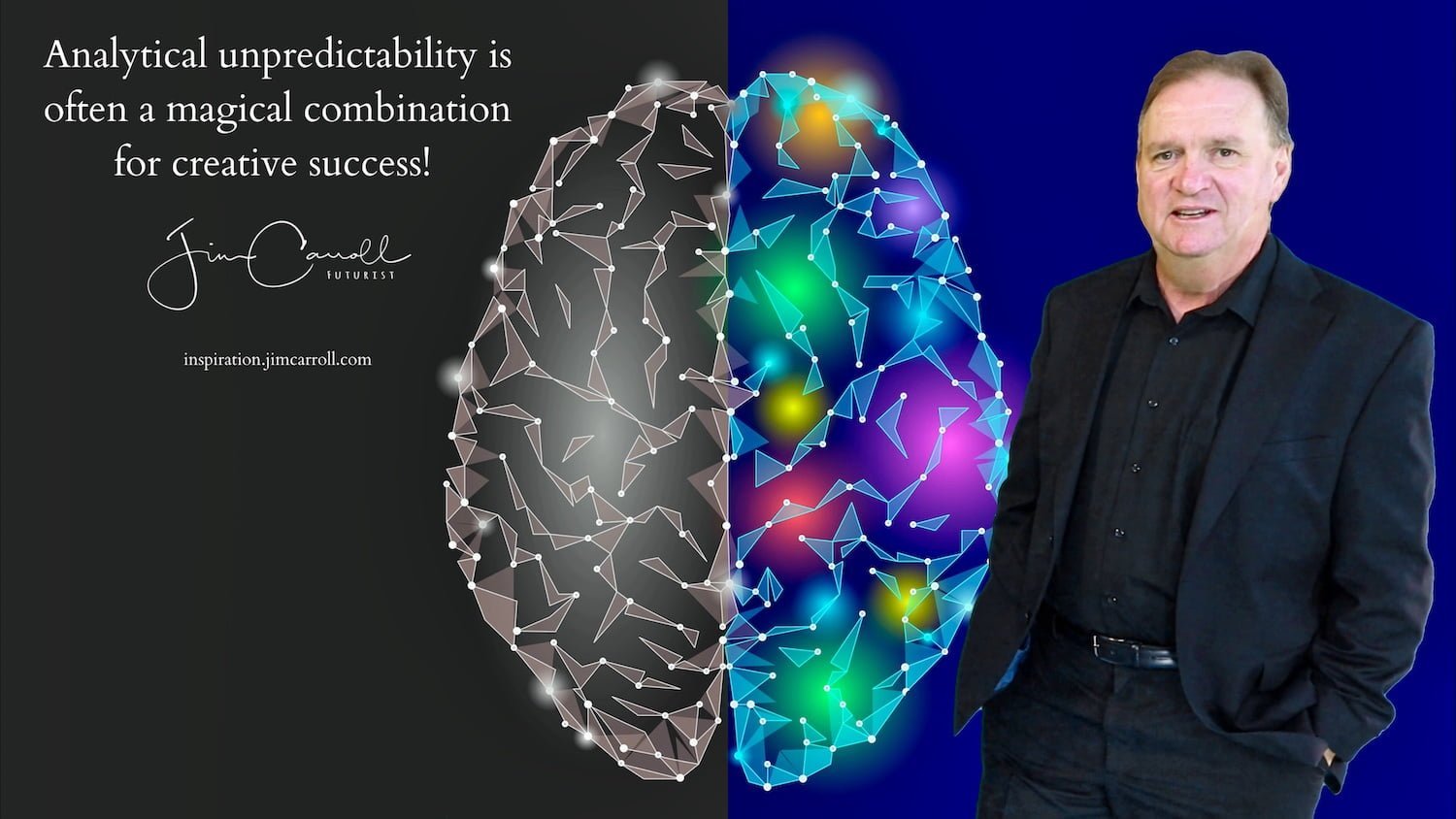 Sometimes the best results come from unpredictable planning – that unique combination of a detailed analytical approach combined with random happenstance! (It’s a national holiday in my home country, Canada – Victoria Day – but many followers of my Daily Inspiration are global so I am not deterred!)

The old left brain / right brain; analytical mind / creative mind synergy has long been observed, and many have commented that building a team that combines both leads to powerful results. Look at Jobs and Wozniak – the former was the creative genius behind the concept of Apple as a brand and product conceptualization, while the latter was the technical genius who revolutionized the concept of how computers could be designed.

With that in mind,I give you this tree:

We had a major storm blow through our region on Saturday, and there was much damage along a 1,000km swath with this ‘derecho,’ a unique weather phenomenon. Sadly, 8 people have died. Where I live there was significant tree damage, including a massive tree limb dislodged on my neighbor’s 35-year-old maple tree. Chainsaw in hand, my neighbor was not deterred from attempting to take it down in advance of a tree removal professional, despite the potential risk. Being of an analytical mind – a retired geologist – he was approaching the project step by step, removing a portion of the tree, analyzing the remaining weight and balance, and plotting a strategy, even as I attempted to talk him out of taking on the project.

At one point in day 2 – having returned from my golf round – he was back at it. Observing his determined process of detailed steps followed by careful analysis, I suggested a rope. Being somewhat creative but impatient with details, my thought was that it might be a good time for some brute force involving swinging the branch back and forth simply ‘to see what would happen.’ I would guess I am the Jobs to his Wozniak. Either that or I am a new, annoying neighbor on the block.

And yet, 30 minutes later, we had the limb – which must have weighed several thousand pounds – down and on the ground. I don’t take credit for it – he would have succeeded with his approach eventually, if not ending up in the hospital while doing so. And yet, I like to think that my creative effort helped to move it along.

Facing a complex problem? Build a team of an analytical mindset and throw them together with artists. Bring together those who define their future with logic and sparkle them up a bit with creativity. Combine the detailed mind within those who build a life based on random pursuit, and magic might happen.