Daily Inspiration: “It’s usually the first people to have a truly great idea who are the ones who are laughed at.”

“It’s usually the first people to have a truly great idea who are the ones who are laughed at. That’s why the best way to figure out the future is to find out what people are laughing about!” – Futurist Jim Carroll 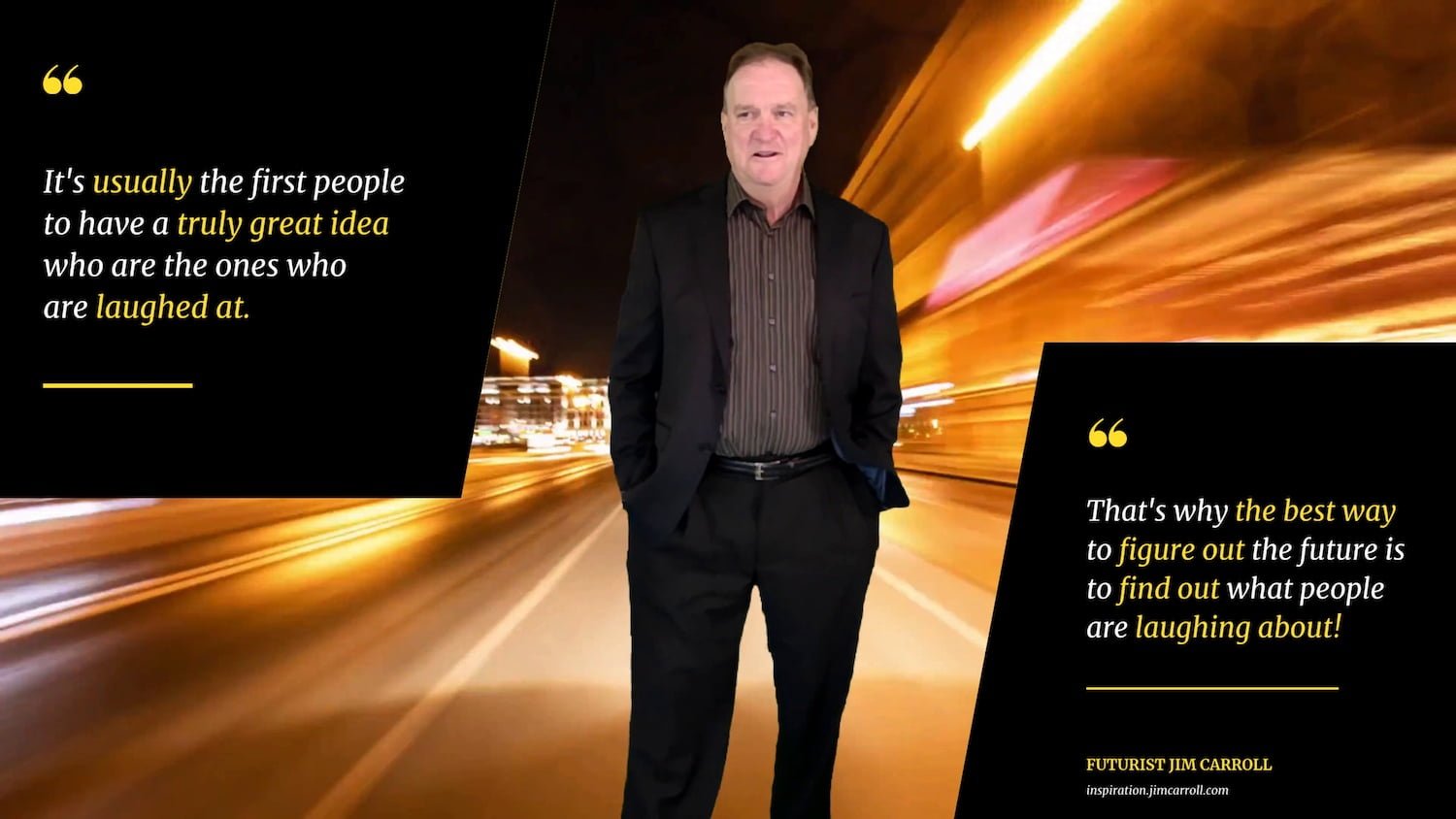 Ridicule. Mocking. Derision. Taunts, Snickering behind their back. Such is the reward for those who dare to dream big.

Sometimes, though, laughter IS the best medicine for discovering a trend – its very existence can tell you that you are on the right track. That;’s because any great idea is running up against the belief systems of those who cannot imagine things the way you can, or who have as open a mind as you do.

People tend to ridicule that which they don’t understand. Thomas Edison’s light bulb was dismissed by many as impractical; some people thought the automobile was a ridiculous concept; it is said that Western Union executives laughed at the invention from Alexander Graham-Bell of the telephone, dismissing it as “hardly more than a toy.” The story even goes that the first British man to bring an umbrella back to England from France was ridiculed in the streets for such a silly device. Um, London, rain.

Egg freckles! I was at a satellite location for the launch event for the Apple Newton device in 1993 and actually had one for a time. (I wish I had kept it!) It was obviously not ready for prime time and was the subject of much laughter at the time. The cartoon series Doonesbury poked fun at it for weeks; it was a device featured as a comedy prop for late-night comedians; it was featured within a Simpsons episode.

Yet many of the great concepts that were initially laughed at went on to become an integral part of our lives. Light bulbs, cars, umbrellas ….. The Newton itself would help to lead Apple to the path of development of the iPhone and iPad. Multi-billion dollar industries everywhere were initially but a joke. In today’s world, if you are trying to discover the future, spend some time to find out what people are laughing at. Jack Dorsey and Biz Stone were subjected to great amounts of ridicule from the tech community when they first pushed Twitter out to the world!

Why does this happen?

People are fearful of that which they do not understand; they demean that which they fear; they fight the things that make them feel threatened; they dismiss the future because the present time is far too comfortable; they resist change because the alternative involves effort.