Daily Inspiration: “Confront your future, not your past!”

“Confront your future, not your past!” – Futurist Jim Carroll 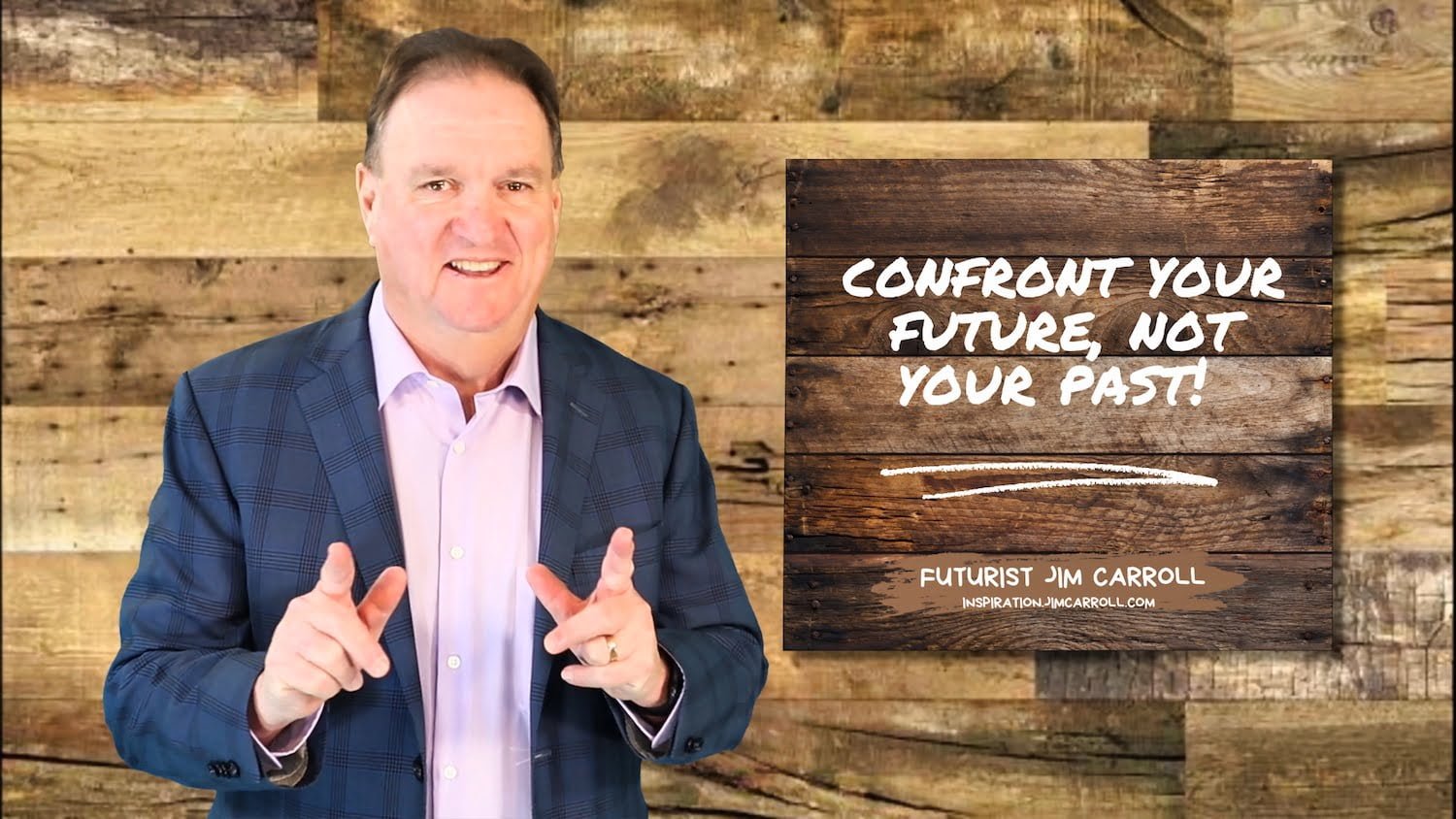 Nothing great was ever achieved by trying to resurrect the success of your past!. It’s better to try to commit to new success rather than relying on old glories. That’s because you know it’s all about mindset – focusing on the future will present you with the opportunities that exist, while trying to resurrect the past will cause you to waste time on challenges that might no longer exist. Where would you rather spend your time? Looking back will often feed you the sting of regret while looking forward will you with the opportunity of opportunity!

It’s also pretty much a certainty that the past you seek no longer exists – thats’ the very nature of future-driven change.

Companies and the leadership that drives them often fall into the trap of avoiding the future and confronting reality. Right now, I’m watching several industries that seem to be following the path of record companies in the era of MP3 technology and digital music – their efforts at holding back the future were ultimately futile. One involves automotive dealers, who are busy trying to put in place regulatory and legal barriers against the online sale of cars (LOL!) Another involves energy utilities, many of whom seem to be launching a battle against the arrival of home energy utility infrastructure and the emergence of renewable-based microgrids.

Why are they doing this? It’s because they fail to recognize that the old, centralized model of energy production is a relic of the 21st century. In a world of renewable energy generation and sophisticated local energy network technology, distributed energy technology – aka microgrids – is the energy industry business model of the future. But their reticence has consequences, as they seek to put in place punitive taxes, fees, and other barriers that try to preserve their old business model.

For example, Nova Scotia Power, the monopoly utility in that Canadian province, tried to put in place a ‘net-metering’ fee that would charge solar panel customers who sell energy back into the grid, much like record companies put their efforts into putting in place an (ultimately useless) tax on the sale of CD and digital recording technology. The province rejected the proposal, understanding that this would hold back the inevitable march to renewables, and penalize those who are implementing the reality of the 22nd-century energy grid. 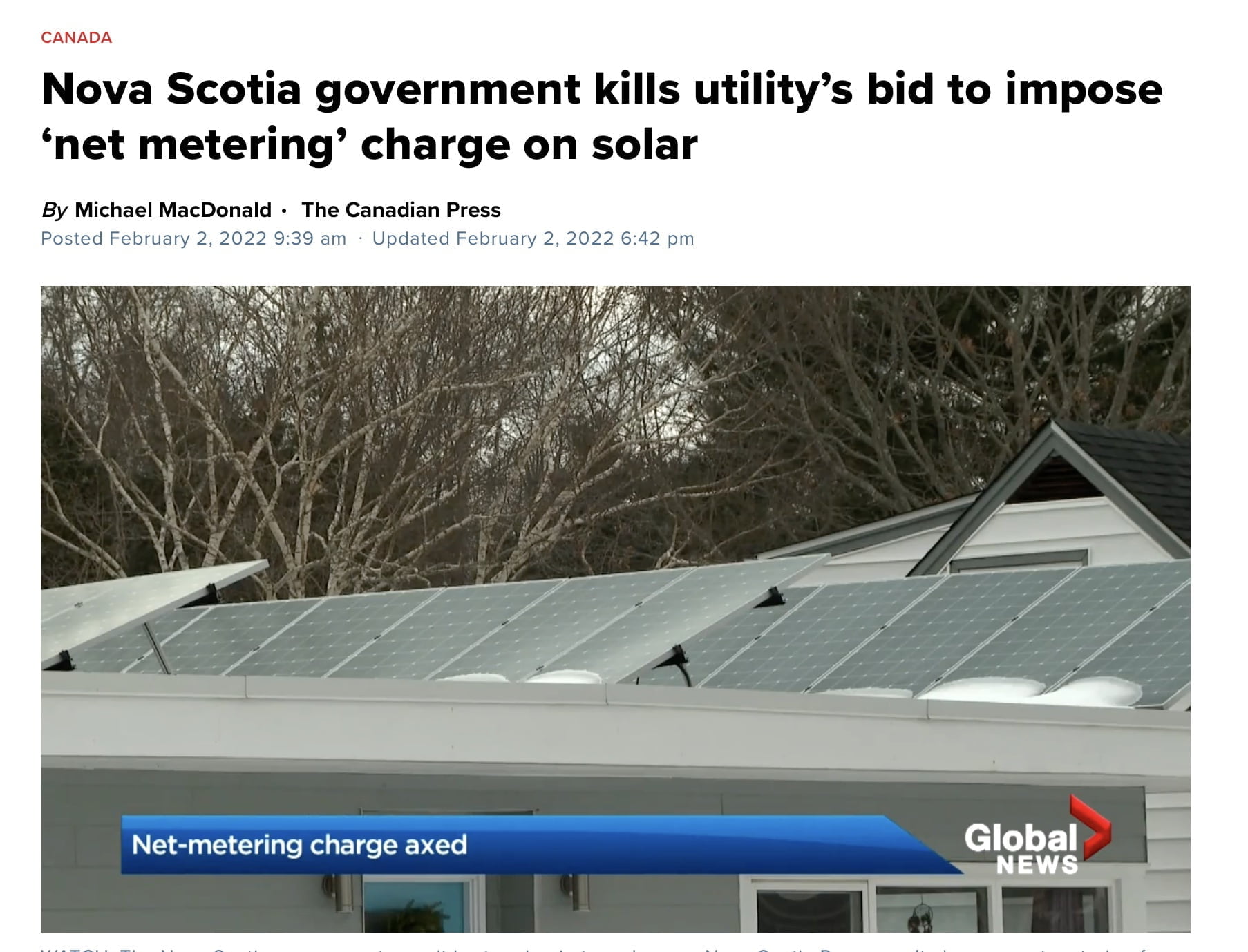 Expect to see more of these attempts to hold back the future in every single industry, because sadly, our world today has many who would prefer to protect what they had yesterday rather than invest in what we need tomorrow.

As an aside, I began speaking to the inevitability of the energy industry micro-grid trend well over a decade ago, and back in 2014, filmed a video clip for the California-based energy utility PG&E on the ultimate impact of the trend. It’s worth a watch! Renewable energy sources are evolving so quickly, as are local energy micro-grids, that increasingly consumers will have the choice to opt-out of the larger energy grid for much of their needs by creating their own local energy grid. Just as consumers shared music during the Napster years with the arrival of Mp3 technology, so too do these trends spell major disruption. Seven years on? This disruptive trend is becoming very real, very quickly.