Daily Inspiration: “Visionaries. They’re the ones that tune out those who complain about everything but actually have solutions for nothing!”

“Visionaries. They’re the ones that tune out those who complain about everything but actually have solutions for nothing!” – Futurist Jim Carroll 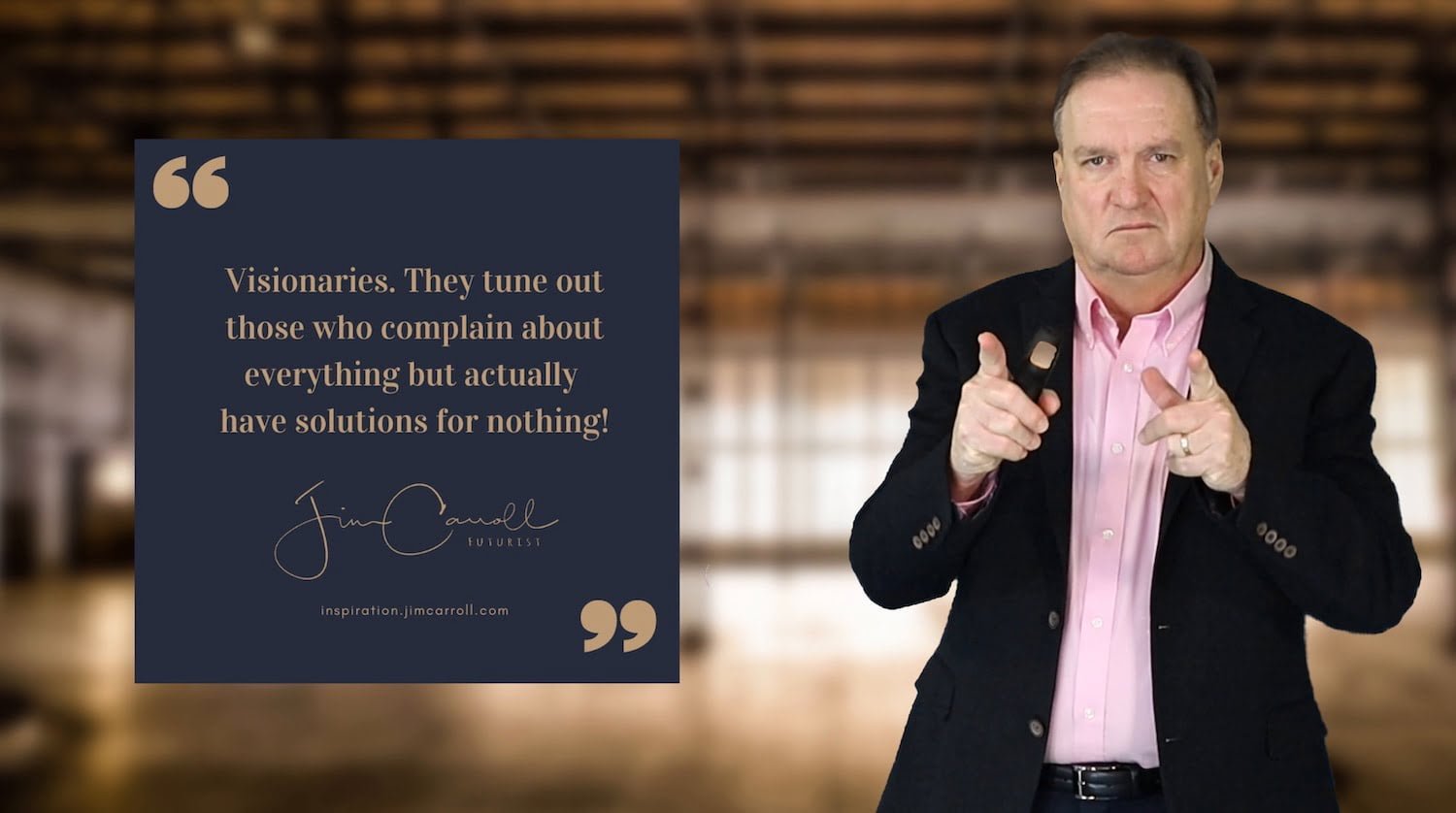 The key point is to focus on the upside, not the downside; the potential opportunity, not the risk; the positive, not the negative.

Like it or not, your leadership team will quickly notice if you develop an aura of negativity, a cauldron of cynicism, a glow of gloom around you. Organizations and the people within them tend to identify those who are continually negative with the mark of imminent failure – tagging them as the downers, the whiners, the complainers, skeptics, the anti-change deniers. They become known as those who have a future anti-virus engineered into their DNA. They find their invitations to participate in what comes next to be severely limited.

While you are at it, limit your own exposure to them – because if you spend too much time with them, you’ll find your attitude compromised. Get too much of a downer dose, and you run the risk of becoming one of them, similarly marked, because you’ll fall prey to their negativity.

I practice what I preach! This was the first version of today’s quote: “The sad truth: We are surrounded by a remarkable number of people who complain about everything but actually have solutions for nothing!“ 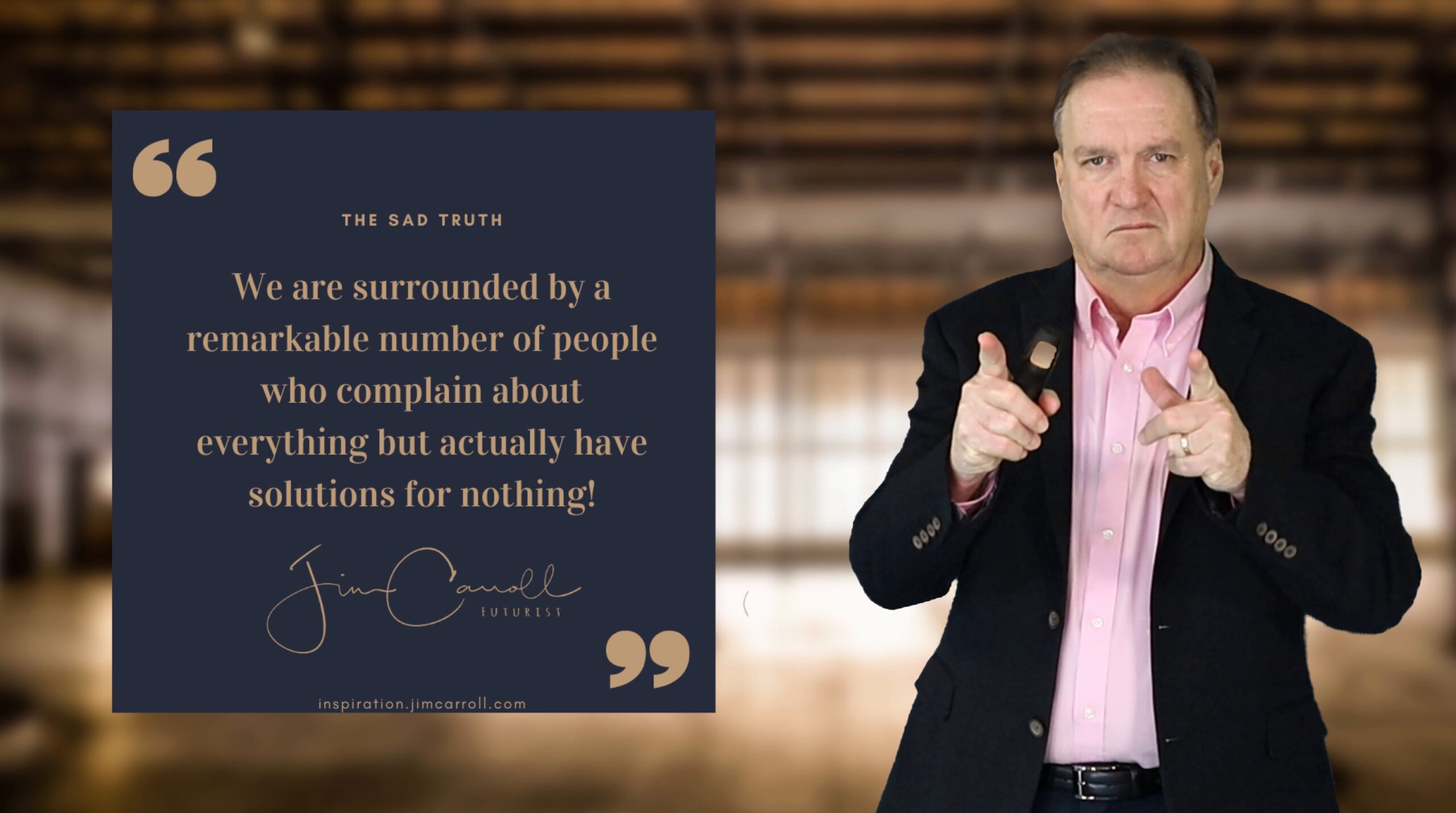 For a time, I studied it, rewrote it, kicked it around – until I found it offered up an opportunity for action, rather an observation of frustration!