Daily Inspiration: “Your ability to make up your own reality won’t absolve you of the consequences of your real reality!”

“Your ability to make up your own reality won’t absolve you of the consequences of your real reality!” – Futurist Jim Carroll 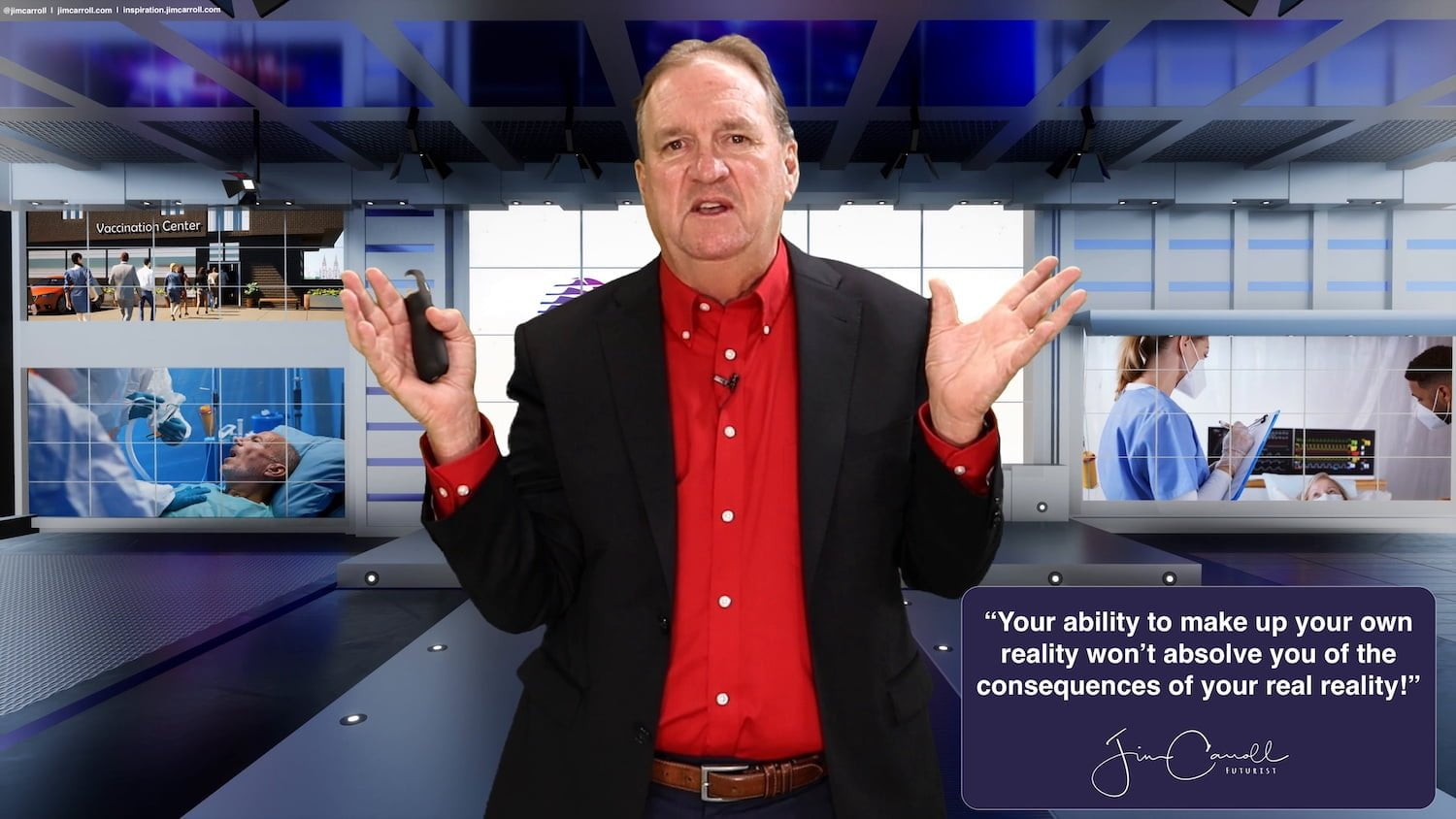 People: “Covid is over”

Since early March, I’ve been tweeting, speaking, and writing about the situation with ‘vaccine hesitancy’ – and I hate ‘hesitancy’ as a phrase because to me, much of it is simple idiocy.

A few days ago, I rolled it into a blog post, “Trend: The (Negative) Economic Implications of Vaccine Hesitancy.” Yesterday, I decided to hit the virtual broadcast studio and film a small segment about it.

People are choosing to make up their own reality. Science has a different idea.

Is this new? Not at all – it’s just become worse.  Back in 2017, I wrote what turned out to be quite the prescient blog post: Trend: The Emerging Healthcare Reality Crisis. Here’s what I wrote:

Little did I know how prescient these words would become just a few years later.

Denial is a powerful drug. We’re now seeing the impact. And as is the case with most mind-altering substances, it usually doesn’t end up well. People are addicted to making up their own world, but will still have to live through the consequences of the decisions they make in the world they actually live in.

I must admit, I’m getting pretty tired of it.

We are living in the era of the modern medical miracle, and we are surrounded by those who choose not to participate.

The thing about science though – it doesn’t make up its own reality. It is reality.