There’s a lot of debate online about Virgin Galactic and Richard Branson’s trip into ‘space.’

The criticisms fall into one of two camps: Was it really a voyage to space or just a jaunt into the upper earth atmosphere? What is so special about billionaires wasting their money pursuing crazy ideas? Wouldn’t it just be better if they spent their money to help eliminate poverty? On the other side, we’re seeing some pretty outrageous, excited comments: “it’s a fantastic new space age,” “space tourism has been democratized” and other gushing praise.

Personally, I won’t get into the nuance of this particular event, other than to say that I’ve long been a huge fan of anything having to do with space exploration. But I will say this about Richard Branson: he is a role model for thinking big. Read his biography, study his works, examine his projects – he has never been one to shy away from establishing big dreams – and actually pursuing them.

We should all be so bold. The moment we stop chasing big dreams, we limit our future; it’s when we dismiss every idea as crazy that we have probably slipped into some sort of innovation insanity; it’s when we become stuck in an idea rut that we sink into the muck of inaction.

That’s why I view the situation, and the inspiration that he provides, to be a powerful launchpad for our own imaginations.

And I’m thrilled that a few of my agents are ready to bring him in for a powerful talk about the future and creativity, and that I get to share in the same type of opportunity. Here’s a small screenshot from one of those agents, along with a third inspirational fellow (but greed is not good!)

Never stop thinking big – because it is your launchpad to being small! 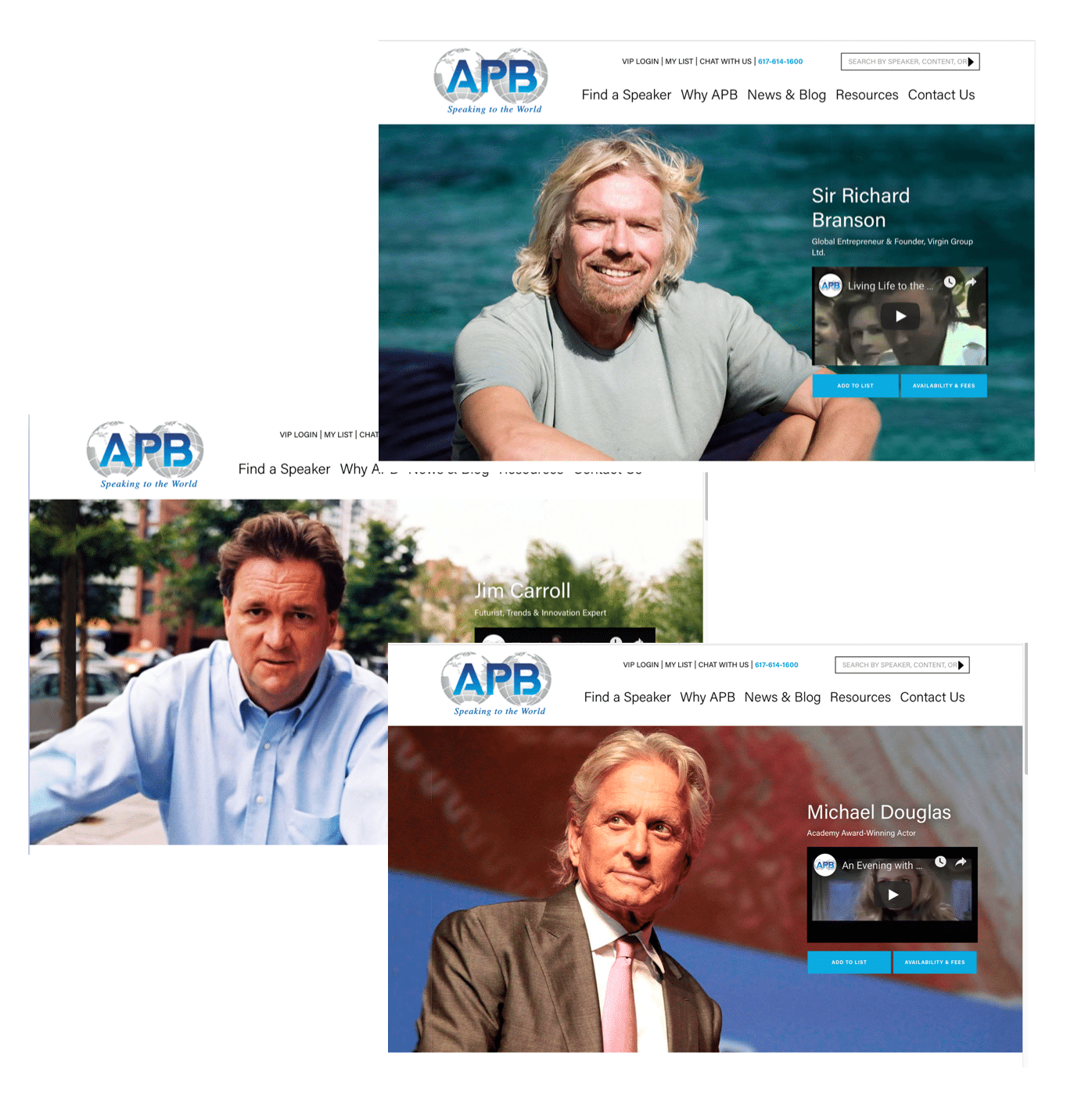