Daily Inspiration: “Every problem is an opportunity!”

“Every problem is an opportunity!” – Futurist Jim Carroll 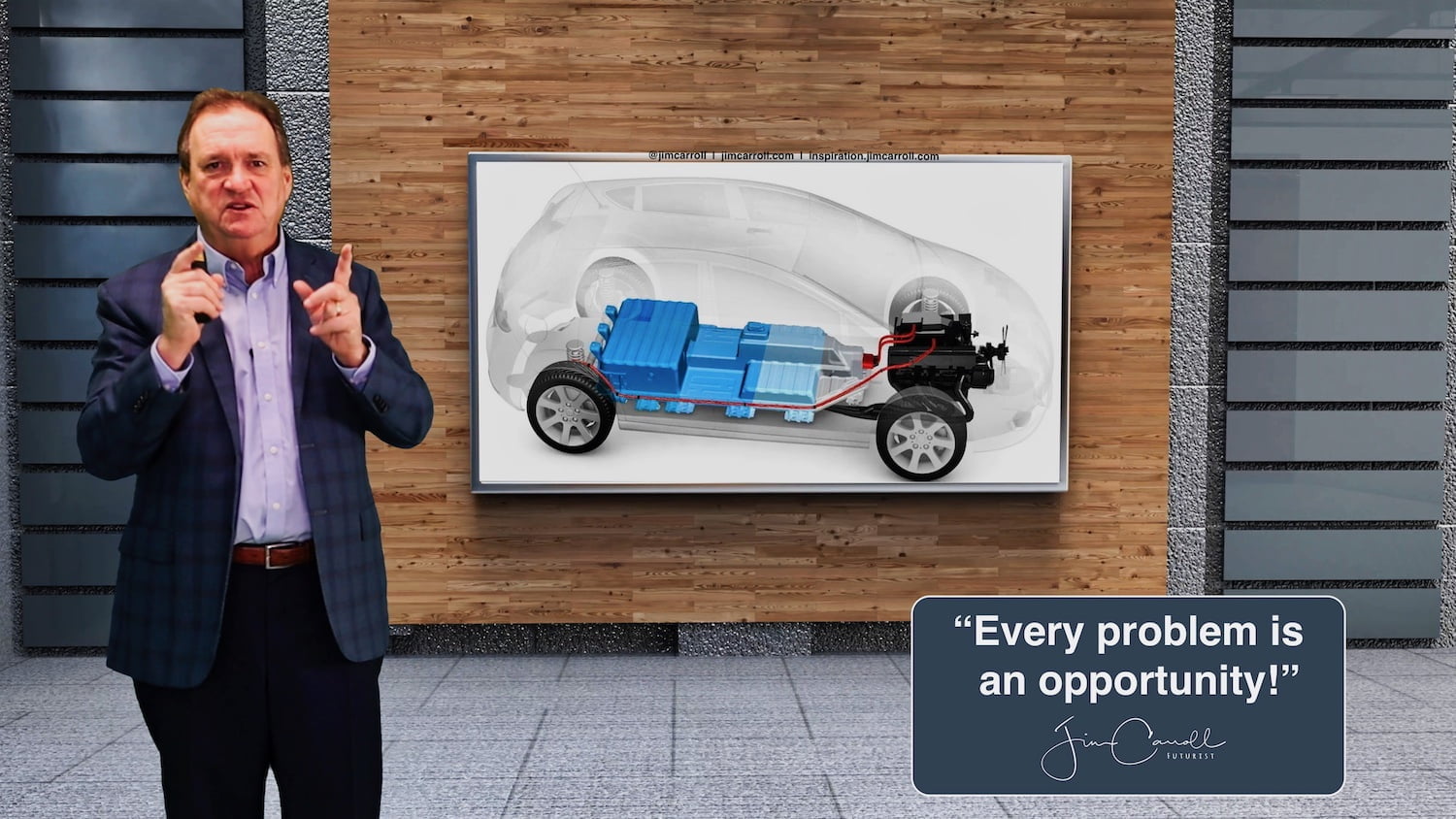 Invariably, during the summer, I learn a lot about the complexity of our voyage into the future from some of the folks I golf with. While they are busy concentrating on their next shot, my mind is often racing with some new bit of information with which I have been imparted. Such as it was yesterday.

We were having a discussion about the automotive industry, electric cars, and the recently stated goals in Canada and Europe to see the eventual elimination of the internal combustion engine and the dominance of electric vehicles. One older fellow scoffed at the idea – both the possibility of such a bold goal coming about, as well as the many problems that such a trend would present – such as an eventual massive increase in old electric car batteries. An environmental disaster!

I explained – after nailing a beauty of an iron shot into the green – that there was a trend underway in many industries that goes by several names – one of which is “design for deconstruction.” Led by Apple and some other hi-tech companies, the whole idea is that the lifecycle of a product should not include only the time from manufacturing up to the sale, but also the other side – the eventual deconstruction, disposal, or reuse of all constituent products. Most car manufacturers would follow a similar path I explained, discovering methods to utilize old, spent batteries. I also observed that many other companies are already springing up to turn them into valuable raw materials.

In other words, every problem is an opportunity! Old batteries are not a problem – they are a huge new opportunity waiting to be exploited.

To me, this is an obvious trend. Why do other people miss it? This got me thinking – why is it that some people find their view of significant new trends to be so limited? I started compiling a list while walking up the next fairway:

I’m pretty certain that I’m on to something here with this list, and will keep working on it – it will probably turn into a key innovation structure as I did with my Innovation Killers listhttps://innovationkillers.jimcarroll.com – if you haven’t seen that, head over and take a look!