Daily Inspiration: “You can’t solve a problem with the same mistake that caused it!”

“You can’t solve a problem with the same mistake that caused it!” – Futurist Jim Carroll 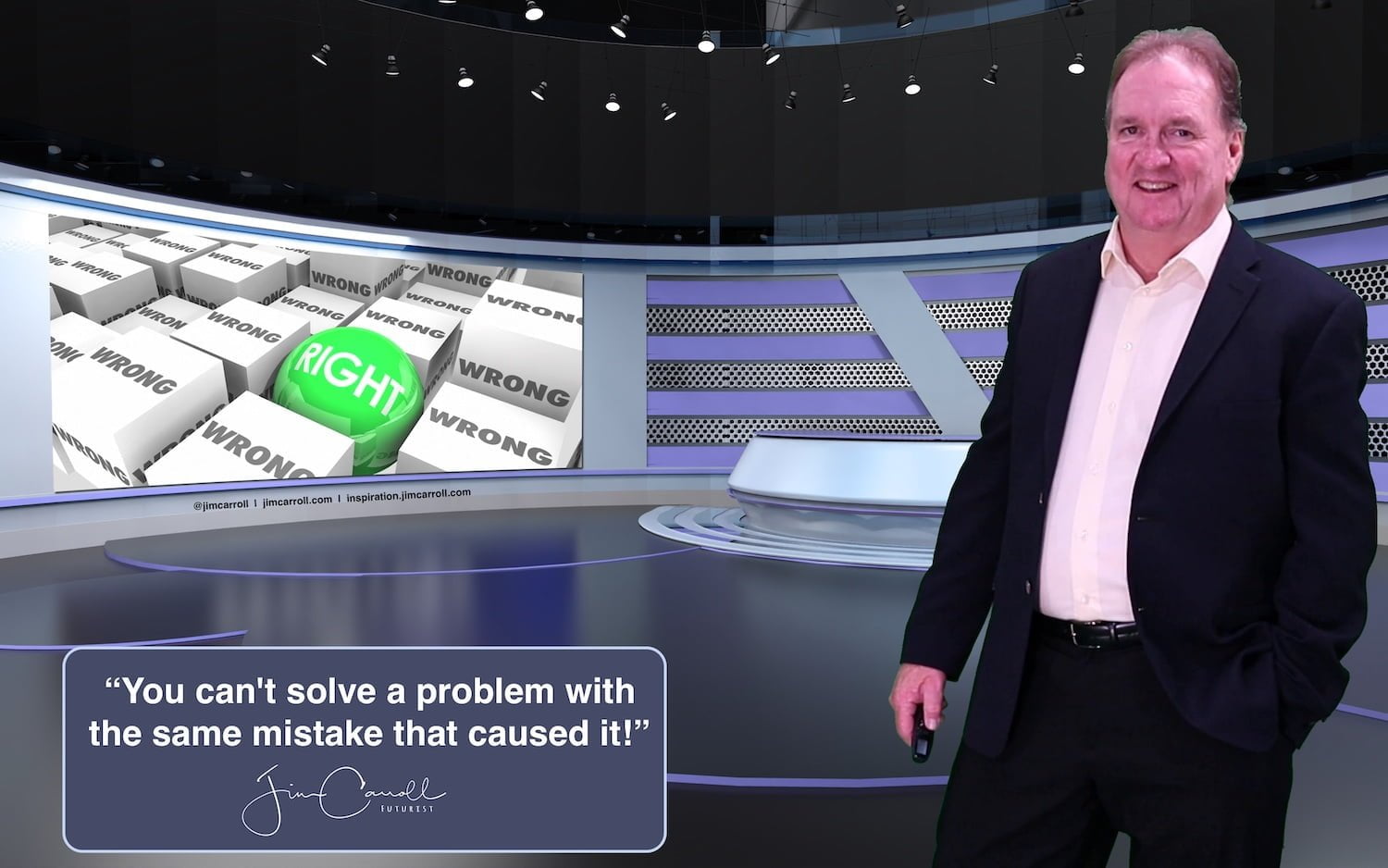 Don’t make the same mistakes – make some new ones!

The challenge when we are trying a new idea is that we tend to repeat what we did before. Sometimes, we get locked into patterns and routines and end up doing the same thing over and over again. Remember that quote attributed to Einstein?

The problem with this approach is that if we keep making the same mistakes through routine, then we really aren’t learning anything. So keep this in mind: you won’t always get it right the first time. Or the second. Or maybe the third. But fail enough in different ways, and you’ll eventually get it right.

It makes more sense for us to make *different* mistakes, compare them to our earlier mistakes, see what was changed, and learn accordingly.

Try different things, and you’ll get different results — and even if you fail, it’s a step along the pathway to success!