Daily Inspiration: “Never doubt for a moment the opportunities that YOU get to define!”

“Never doubt for a moment the opportunities that YOU get to define!” – Futurist Jim Carroll 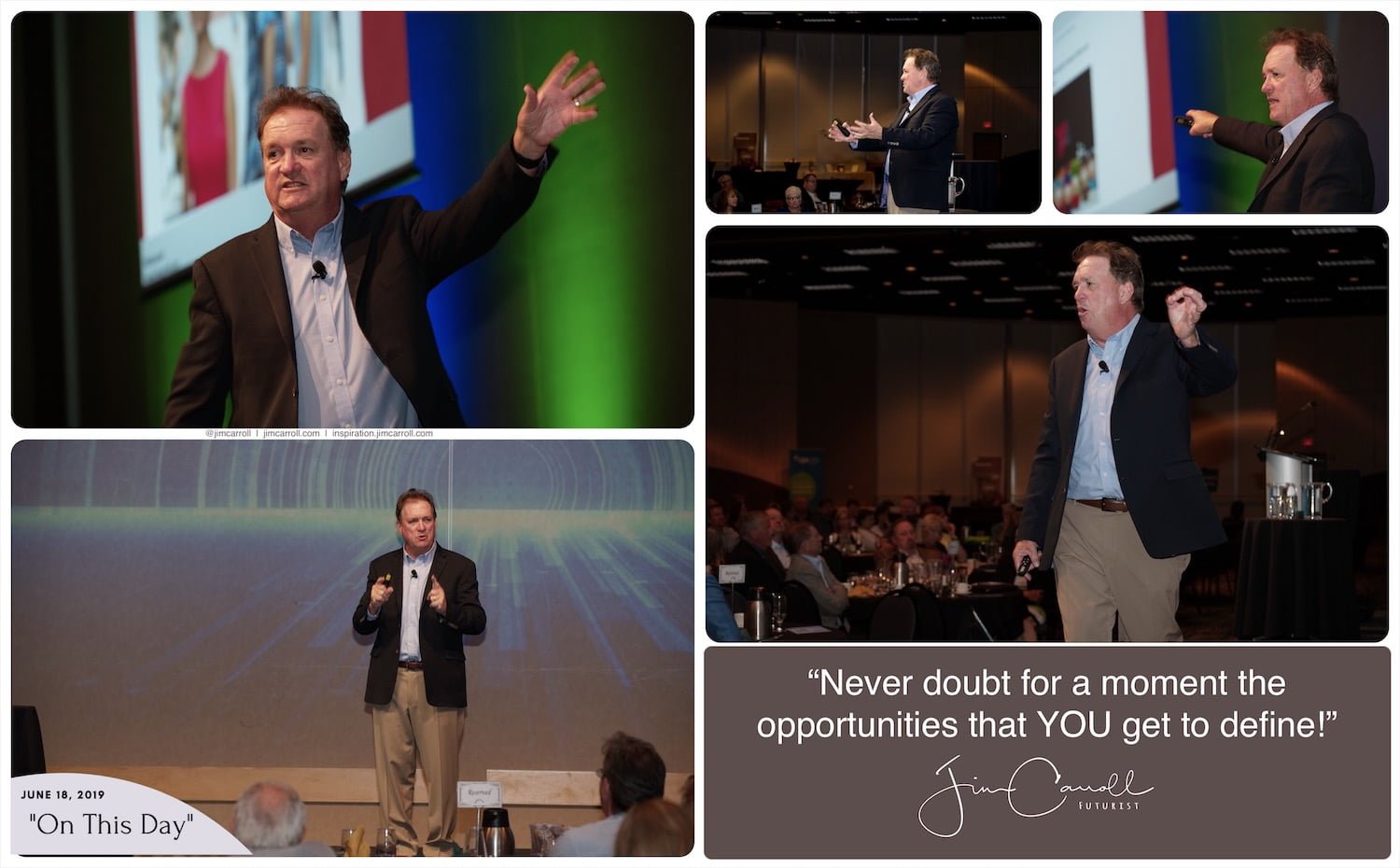 Two years ago, I was on stage, the dinner speaker for a group of CPAs in Saskatchewan, Canada. They invited me in for a talk on the future of their profession, the opportunities in front of them, and the disruptive thinking they should pursue.

Here’s a fun fact that I don’t share too often – I’m actually still a CPA, originally a Chartered Accountant. As I will often describe, in a land long ago and a time far away, I worked for a decade for predecessor firms of KPMG and EY, doing ‘exciting’ work in the field of audit, business advisory, taxation, and accounting. In university – from which I graduated at the young age of 19 – I was actually an A+ accounting student. I guess I had a thing for numbers and logic. LOL.

It didn’t last long; obtaining my designation in but two short years, I discovered the world of connectivity the next year, in 1982, and soon found myself slowly, and then quickly, abandoning the career as I began to focus on the opportunity of what would become the Internet.  I pursued a path that let me define my own future. THAT is the key to your own success.

Regrets? None! In fact, I would not be able to do what I do if I did not have the chance to develop the unique set of skills the profession afforded me. And THAT was the key story I told on stage on this day, two years ago. Let me share with you the remarkable story of a young CA student who wrote me back in 1995; bored, he was ready to quit the profession and asked me for my advice.

Let me play out in a series of screenshots the story: starting with the original message. 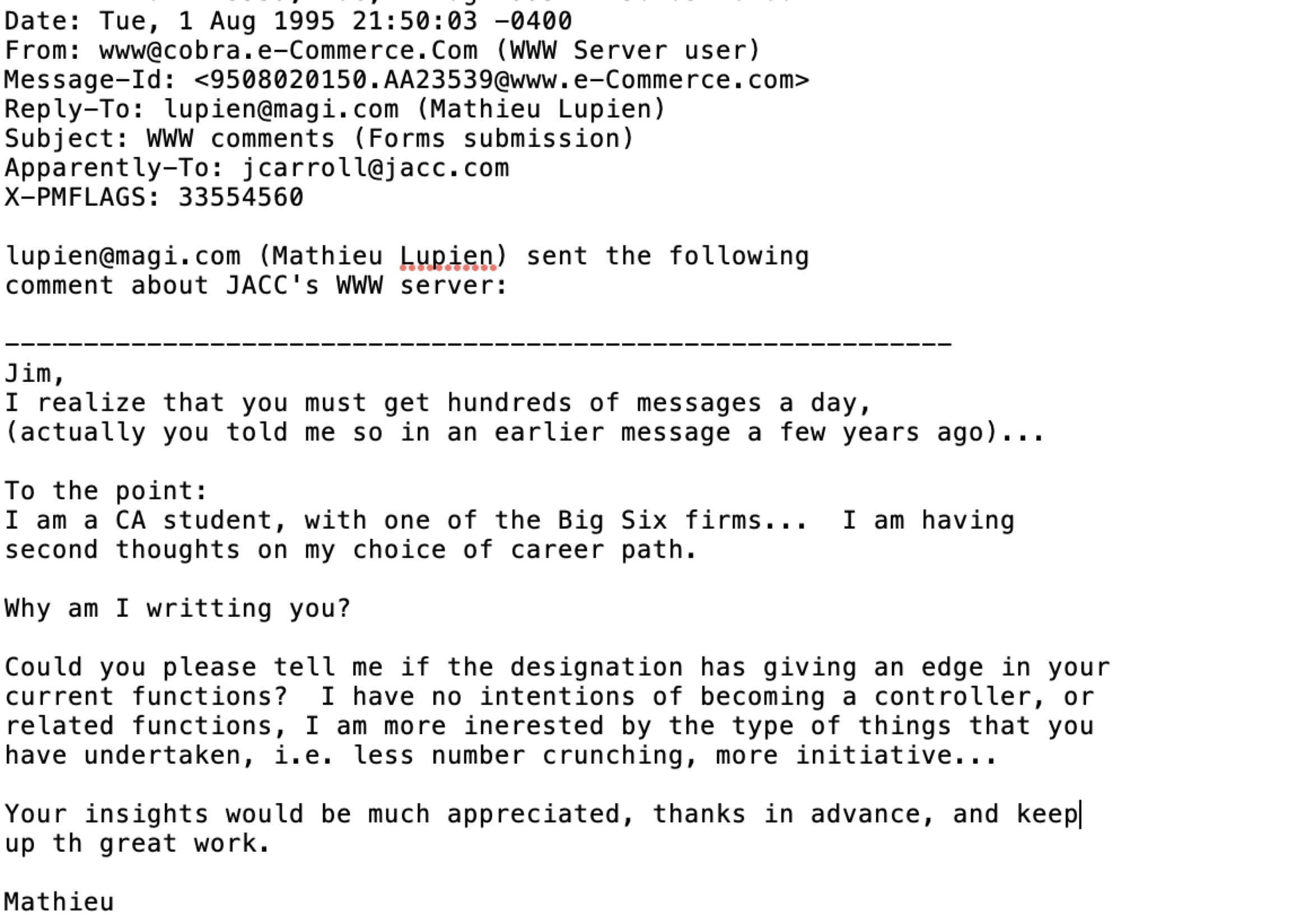 I wrote him back, suggesting that he ‘stick with the program’ and get his designation:

I expanded on my views: 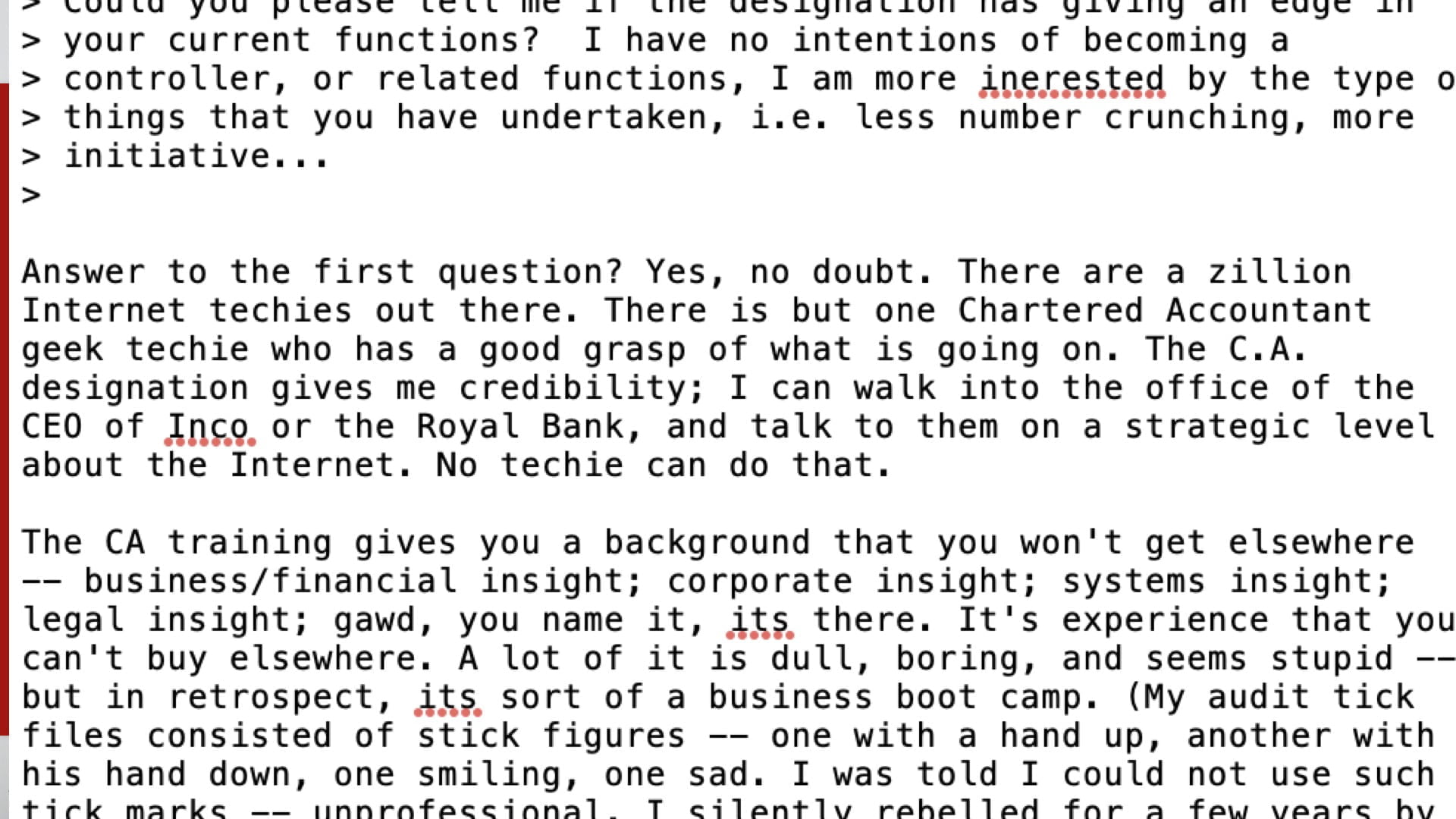 Imagine my surprise, years later, when he wrote me back – he passed! 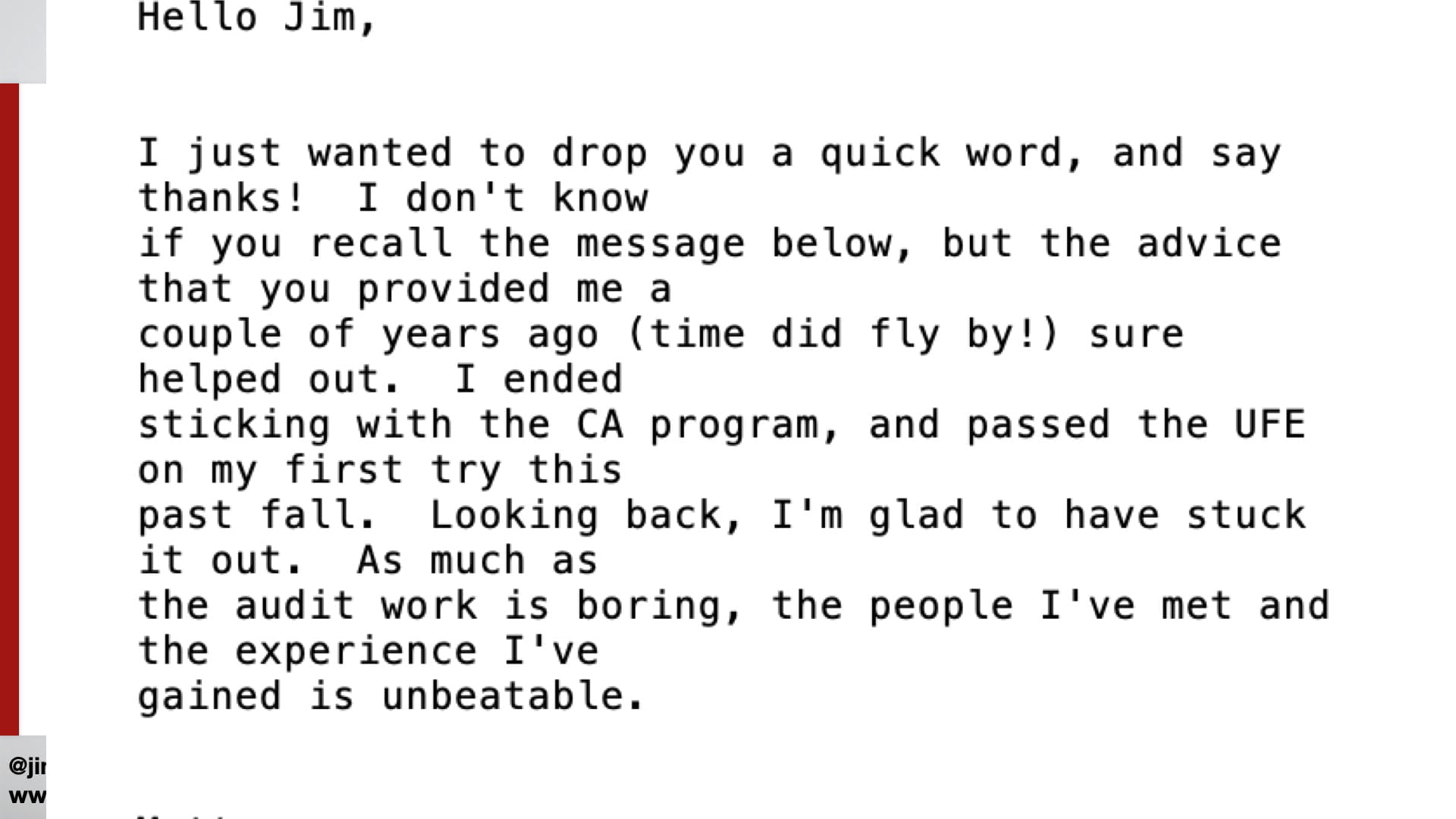 And it doesn’t end there! Mathieu followed up with me almost two decades later, telling me the story of the remarkable career that he had the opportunity to define for himself.

What’s the lesson from all of this? Your future? It’s yours to own, yours to create, yours to pursue. Chase wisely!

As for the acocunting porofesion? Years later, EY invited me in to open a major conference, and I told a great little story of my own experience: