Daily Inspiration: “If you worry too much about the future, you won’t enjoy the present!” Golfer Tom Francis

“If you worry too much about the future, you won’t enjoy the present!” – Golfer Tom Francis 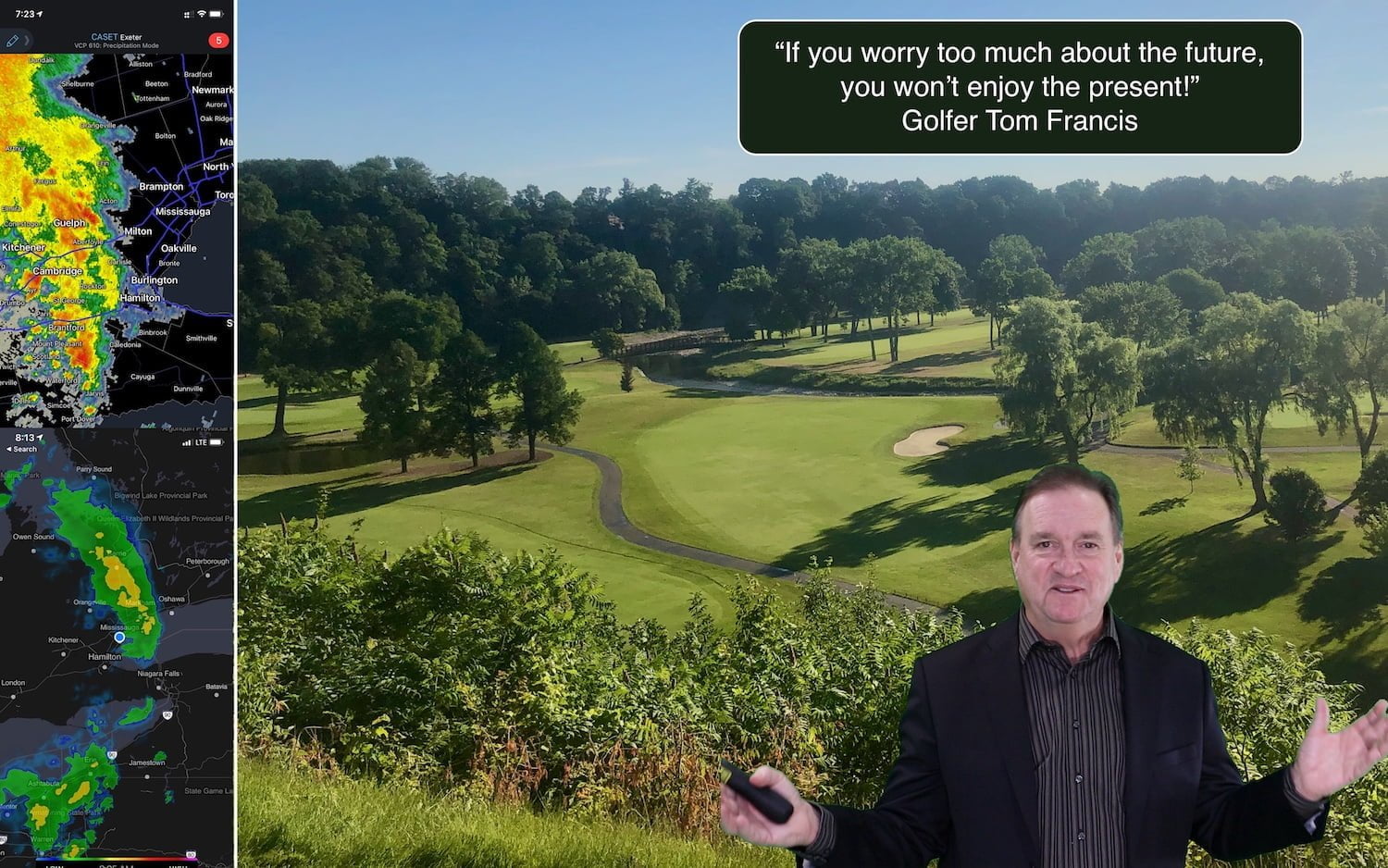 I’ve been writing this ‘daily inspiration’ for close to 5 years; in that time, I’ve rarely featured the direct quotes of other people. And yet, yesterday’s comment by my good friend Tom was just too appropriate not to share!

It was an early morning tee time – first out. There were significant storms in the forecast – but three of us decided to go for it. I grabbed a radar shot as we headed down the first hole after our tee shot – the sky was ominous. By the time we got to the green, there was thunder above, and the lightning warning on my phone went off, indicating bolts of energy within 50km of the club. And yet, not close enough, because the warning sirens did not go off.

I started talking about bailing out on the day; my sense was suggesting the day was going to be a write-off because of a continuous series of storms.

And yet, Tom commented on my lack of optimism as we moved to the second tee box. “You’re supposed to be the optimist,” he joked. And he then made this brilliant observation: “If you worry too much about the future, you won’t enjoy the present!”  I immediately typed it into my phone so as to not lose it, and here we are today.

Here’s the thing – just prior to the round, Tom had returned to me the manuscript for my upcoming book, “Now What: Reinvention and the Role of Optimism in Finding Your New Future“; we had asked him to do a light edit and read through.

We ended up waiting out the storm in the cart barn while the storm moved through – which it did rather quickly. We ended up playing a wonderful round in lots of brilliant sunshine – a fantastic day out!

And I’ve learned at that moment that at some moments in time, I need to think less about where we might be in the future and more about where we are in the present.