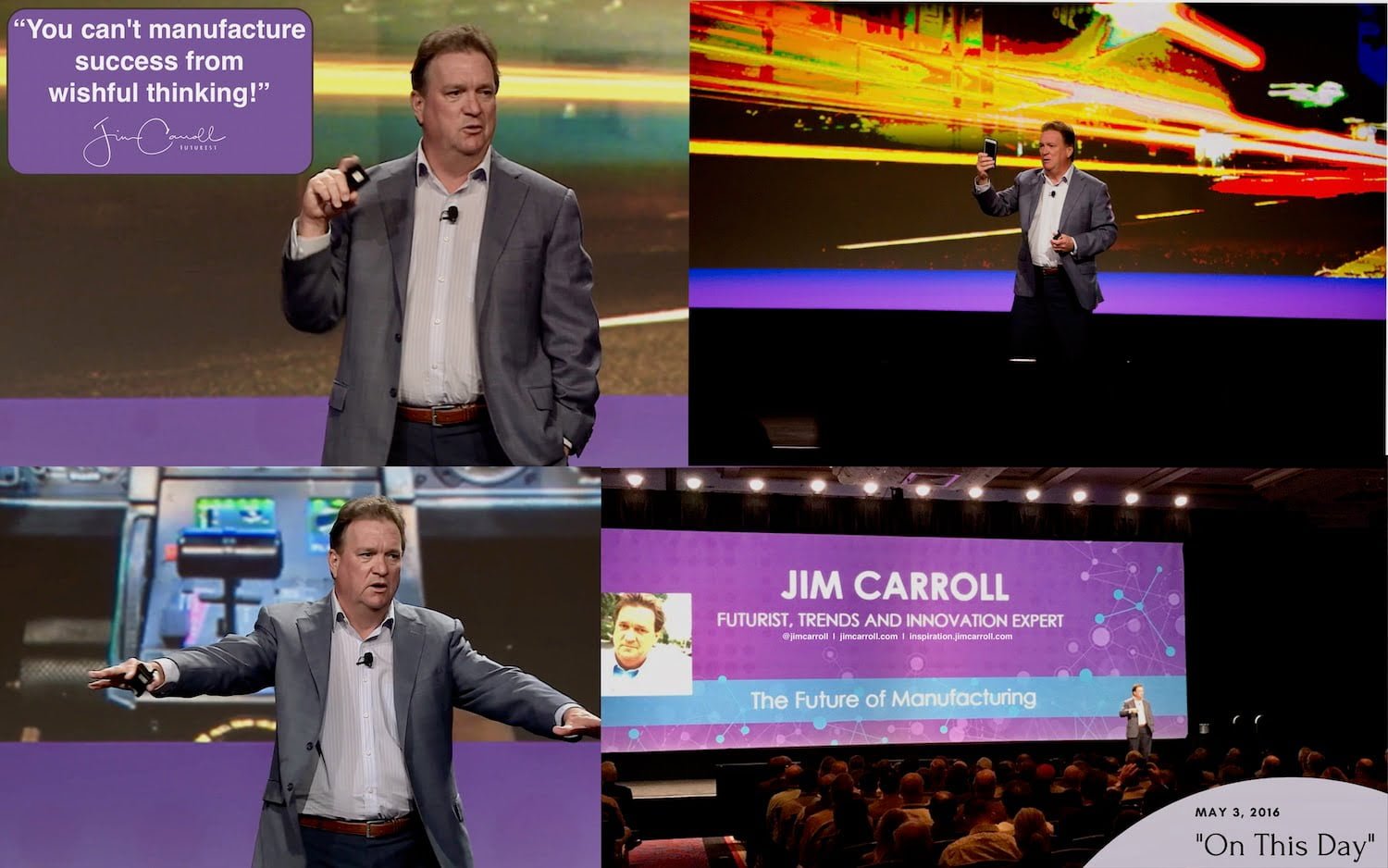 The future isn’t easy – in fact, it takes a heck of a lot of hard work. But when people are being conned, they tend to ignore the reality of this advice.

Looking back to my event 5 years ago today, at a major manufacturing conference, it’s pretty obvious that my audience was starting to consume the drug that promised the buzz of the ‘the easy way out,‘ the elixir of a simple-minded just-build-a-wall-and-make-things-great-again type of thinking. Months later, the world would change as people came to cling to the belief that it was by ranting, screaming, yelling, and generally becoming that boorish neighbor that no one ever invited to neighborhood parties was a pathway to success. Gosh, we tired quickly.

Reality? Check the video as to what I spoke about at this event –  it’s all about the importance of skills and knowledge in the sector as new materials, methodologies and complexities come into the industry. Hard work, major investments, time and patience.

Here’s a fun comment I wrote when I shared this video some years back: “Many manufacturing companies, while currently enjoying success, are going to find it difficult to make their way out of it because they didn’t do what needed to be done in terms of skills investments….simplistic solutions are lousy bandaids – when you seek the easy way out, the real road to recovery takes hard work!”

The future involves hard work! Shouldn’t that be obvious? Yet failure always finds a path for success in the minds of feeble people. Just one year later, the world was in a very strange place, and a con job was being pulled upon the populace with the announcement of the Foxconn Wisconsin factory – a magical, $10 billion investment by a Chinese company to manufacture advanced LED screens in the middle of Wisconsin.

LOL. I immediately called it a fraud, as captured just a few months later in a post, “The Story Behind the Picture: 20 Big Rules for Economic Development in the Era of Acceleration!” Check what I had to say in point #5

Hey, have you seen the headlines LOL? Did you notice a few weeks ago that the initiative has died? The Foxconn con is over, as is much of the great-again type of thinking except for some remaining feeble-minded holdouts.

Here’s the thing – the future involves all kinds of advanced capabilities and precisely the types of things I’m talking about in the clip above. It’s going to be a hard road to follow! The future is difficult to achieve if you don’t put in the hard work to try to get there.

And yet, failure lives on everywhere. At this very moment, I’m living through this in real-time in my home province of Ontario, Canada, where our third wave of Covid-19 is raging out of control because the current political leadership believes that there is an easy way out through simple efforts. Such bold efforts as shutting down recreational activities including golf and tennis (and for a time, playgrounds), rather than closing down the warehouses and manufacturing facilities where the real outbreaks are occurring.

A feeble-minded politician seeking an easy way out of a complex situation, which does nothing to solve the problem. The result is that continuous failure is occurring all around us in real-time as people die, success becomes ever more elusive, and the populace grows weary of this con man and his false promises of success.