Daily Inspiration: “Every time you make a mistake, you’ve actually made a direct deposit into your ‘creativity & innovation savings bank!’” – Futurist Jim Carroll

“Every time you make a mistake, you’ve actually made a direct deposit into your ‘creativity & innovation savings bank!’” – Futurist Jim Carroll 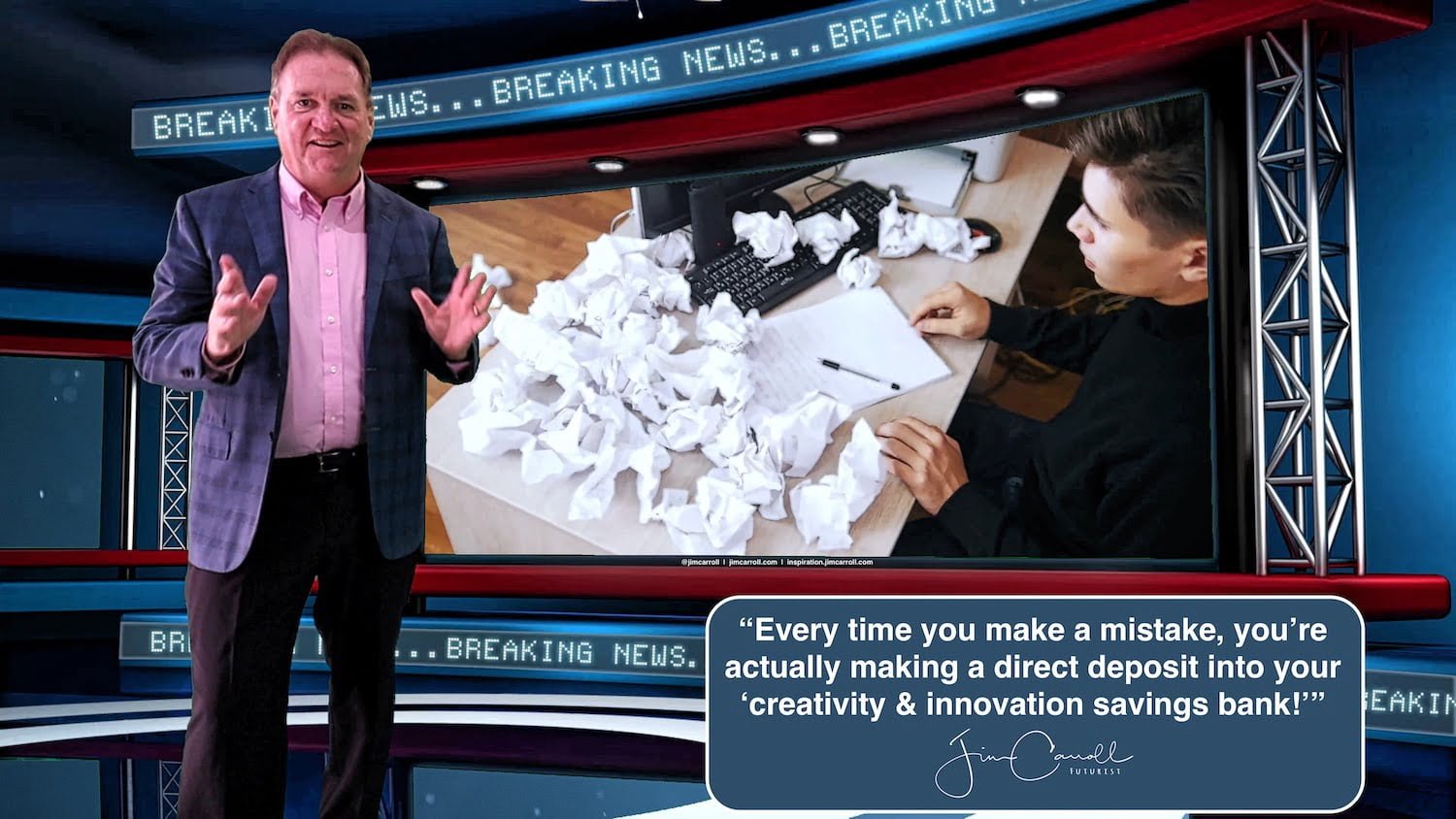 You really shouldn’t live in fear of failure – you should be terrified of lacking in a sufficient number of mistakes to give you the wisdom of skills, the benefit of risk, the opportunity to experience. Failure is the root of most innovation, the mother of much creativity.

And yet, we’ve been taught from day one that it’s a mistake to make a mistake – that it is a sign of weakness, an embarrassment, something to be avoided. But if you look at successful people, it’s the mistakes they make that are the real sign of their progress.

And besides – failure is in the eye of the beholder! Walt Disney was actually fired from his first job at the Kansas Kansas City Star: his editor made the judgment that he “lacked imagination and had no good ideas.”

JK Rowling? She was broke, penniless, homeless, divorced, a lone parent – a world in which she existed while writing Harry Potter.

Even Colonel Sanders, the founder of KFC, received over 1,000 rejection letters for his chicken recipe before finding success at the age of 62.

Failures? Not quite – they just never gave up.

Maybe your failure isn’t really a failure, but just an awesome stepping stone to your eventual success.

So keep on trying, keep on failing, and you’ll see your investment grow!