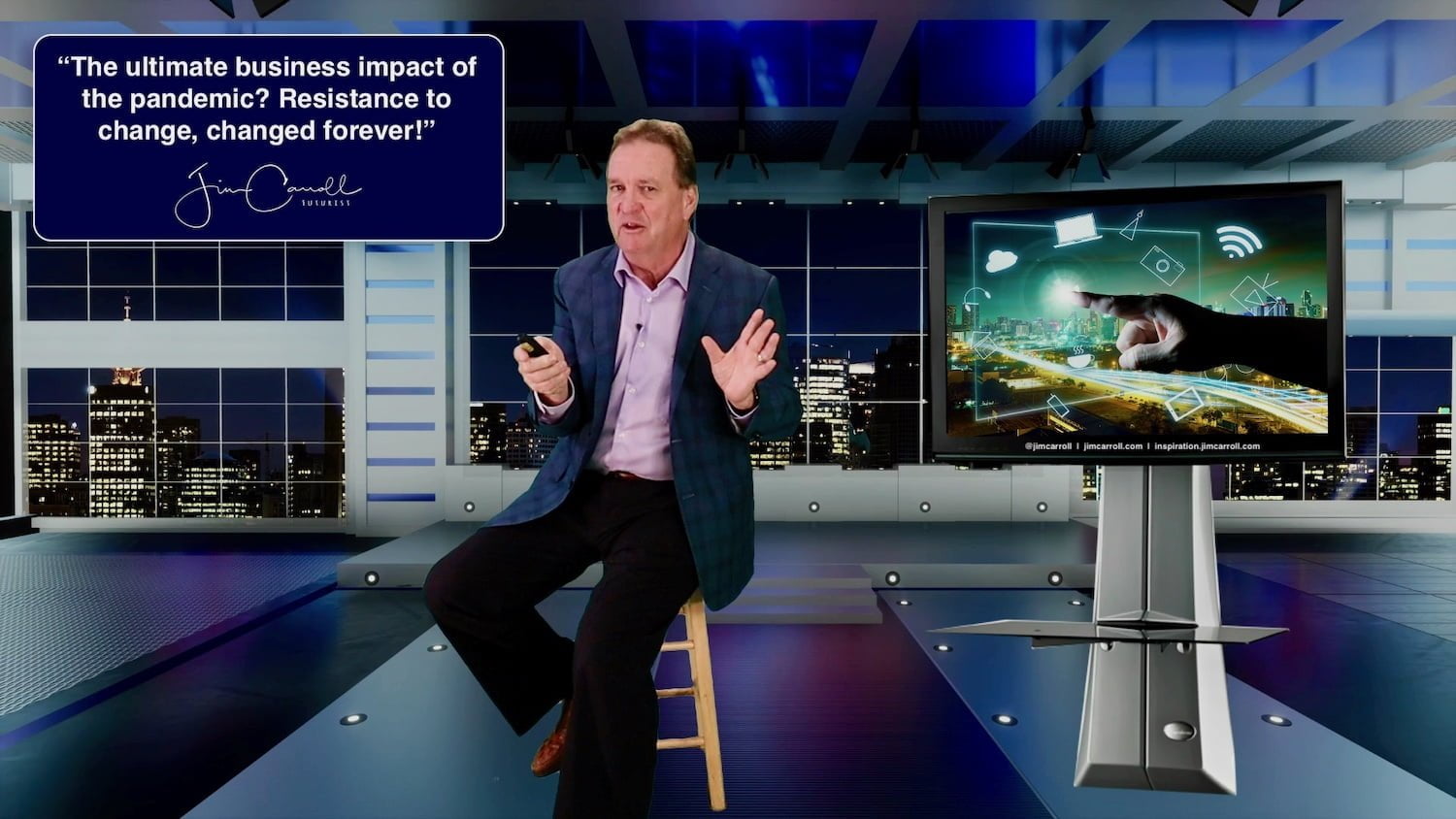 I’ve been going through a lot of research lately on how Covid-19 has transformed and changed the world of business – this is for an upcoming CEO-level event for an organization now working to align its strategy to ‘what comes next.’

Many of the actions that organizations took are obvious- working from home, revamped supply chains, curbside pickup, virtual healthcare. But it’s often necessary to step beyond the action to understand the trends that are at the heart of the future.

In that context, I think the biggest change that has occurred, beyond the massive impact on the trend away from globalization, is that resistance to change has absolutely crumbled going forward. This is a massive trend and cannot be discount. (The globalization issue? That was the subject of an “Ask a Futurist’ clip I did last week – see it here.)

When I take a look at the clients who have asked me to come in and speak at a global leadership meeting – Disney, Mercedes, Johnson and Johnson, Pfizer – it’s pretty clear that there is one thread that is at the core of what they are wrestling with. That’s the message that ‘the future is fast,’ and they are working hard to align to it. Often the biggest barrier in their way of achieving that was an ability to change, driven by years of organizational sclerosis and slow culture.

That has pretty much disappeared. They’ve had to learn to compress ten years of trends into a matter of months; they’ve been forced to realign everything they were planning to do, to align to what they needed to do; excuses against change became pleas for faster action. Companies used to run ‘change-management workshops.’ That’s about as relevant an exercise right now as making sure their fax machines are working correctly. (Does anyone use fax anymore?)

Ultimately, the innovation killers which I’ve talked about so much about on stage over the years have been turned upside down, as companies have identified a new set of innovation accelerators. That issue is going to be the subject of a short video I’ll film in my broadcast studio later today.

What does all of this mean?

The future used to belong to those who were fast – and now that everyone is fast, you need to make sure that you can capture and keep what you’ve learned. And that’s what I’m working to define through the research which is ongoing.