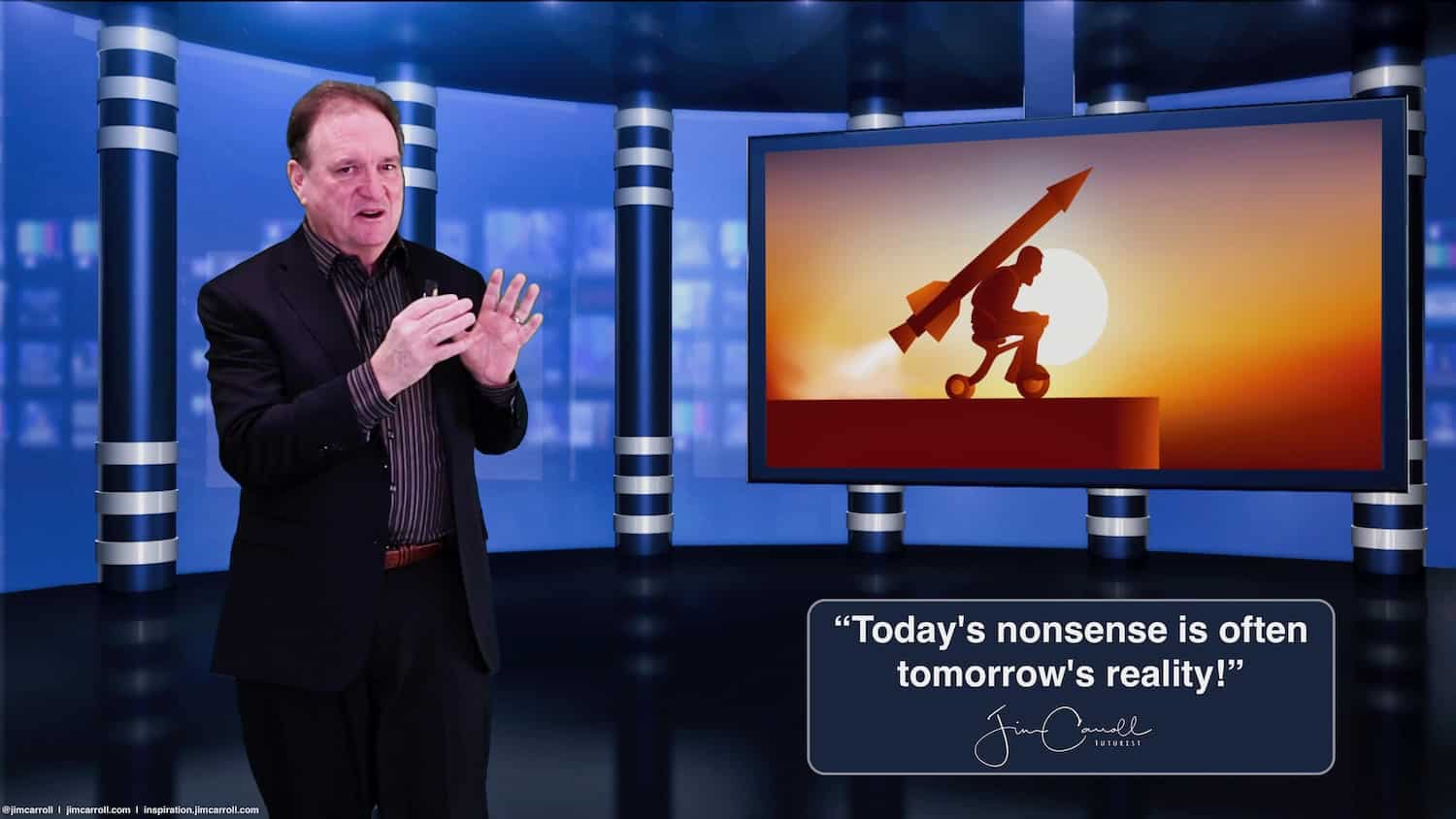 This was a comment I made yesterday on something I saw on Twitter; a fellow who I follow regularly had made a comment on some recent @SpaceX initiatives, and the impact of a continually declining cost of getting things into earth orbit. 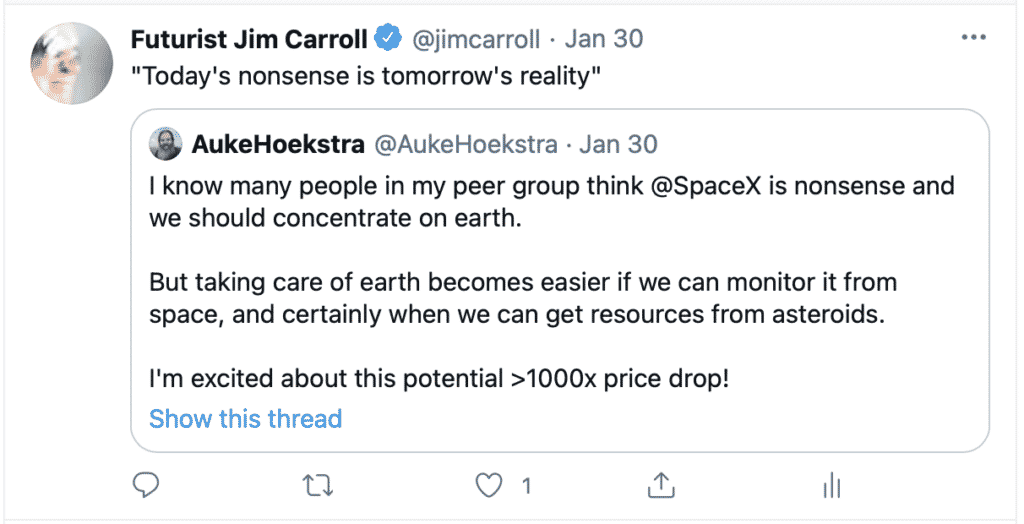 He normally concentrates on issues of energy – battery science, electric vehicles, renewables, and such – but in this case, was covering a new topic. And like many people who believe in the future as an era of continual change, he seemed to immediately adopt a defensive tone.

But should he? Should anyone with a ‘crazy’ idea be on the defensive? Probably not.

One of the biggest challenges in being a futurist or disruptor is keeping faith in your belief as to where trends are going to take you.You’ll find no shortage of people who will detract you from your goals. History has taught us this lesson! Consider how some have reacted in the past to what proved to be very significant, transformative developments:

When in a period of transformative change — as many industries now find themselves – it is all too easy to use disbelief to cling to the past.

In order to be innovative, you’ve got to be willing to ignore the naysayers!