Daily Inspiration: “It’s the mistakes you make when it doesn’t matter that matter the most when you don’t repeat them when it actually matters!”

“It’s the mistakes you make when it doesn’t matter that matter the most when you don’t repeat them when it actually matters!” – Futurist Jim Carroll 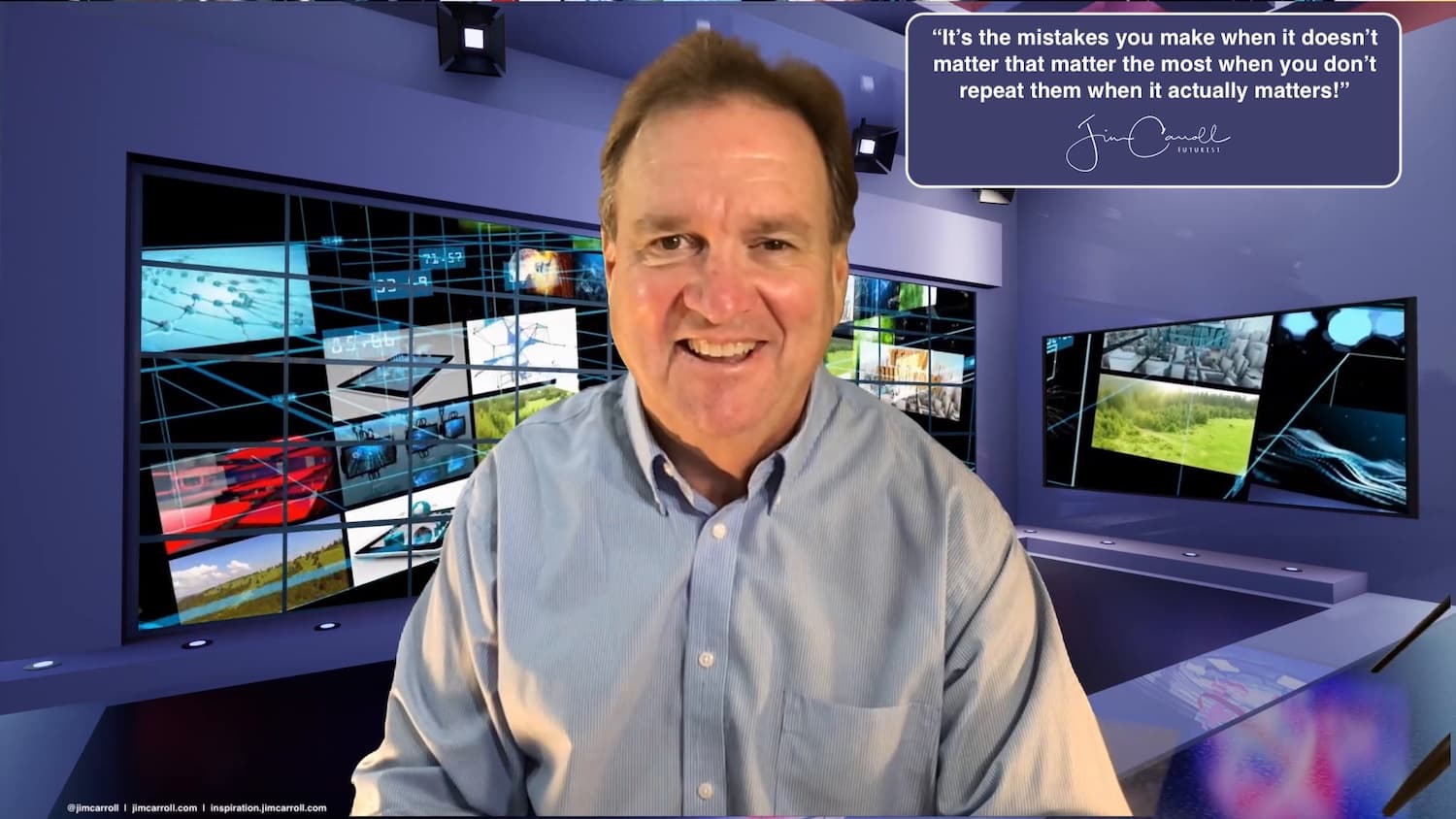 I hope I made my observation pretty clear! (Since I write this post every morning while I am starting my day, I had to let my coffee kick in and read it a few times to make sure I had it right!)

Can you find the flaws in this studio image? I can! There are two tripod legs appearing in the shot over to the right. Barely noticeable in this shot, they’d have the potential to mess up a bunch of other scenes if I didn’t notice them before doing an actual show. This particular shot came from a little clip I filmed yesterday while setting up for a show I will do later this morning.

Make the mistakes before they matter!

There a gazillion details to track in the studio before I go live with an event. Plus, a gazillion more! I’m usually pretty good at doing a quick scene check before I go live because any carelessness can get in the way of my success. But that’s why I force myself to go “LIVE” on a regular basis. It’s by going through that process that I can perfect my skill, practice my craft, engineer my process. (I accidentally moved the Mac that had the Facetime camera that was used for this moment, so that it was capturing the tripod leg!)

The fun thing is that on the floor just below the tripod leg are two books that raise the angle of that particular light – and the top one is one of my favorite’s, “Failure is Not an Option” by Gene Kranz. 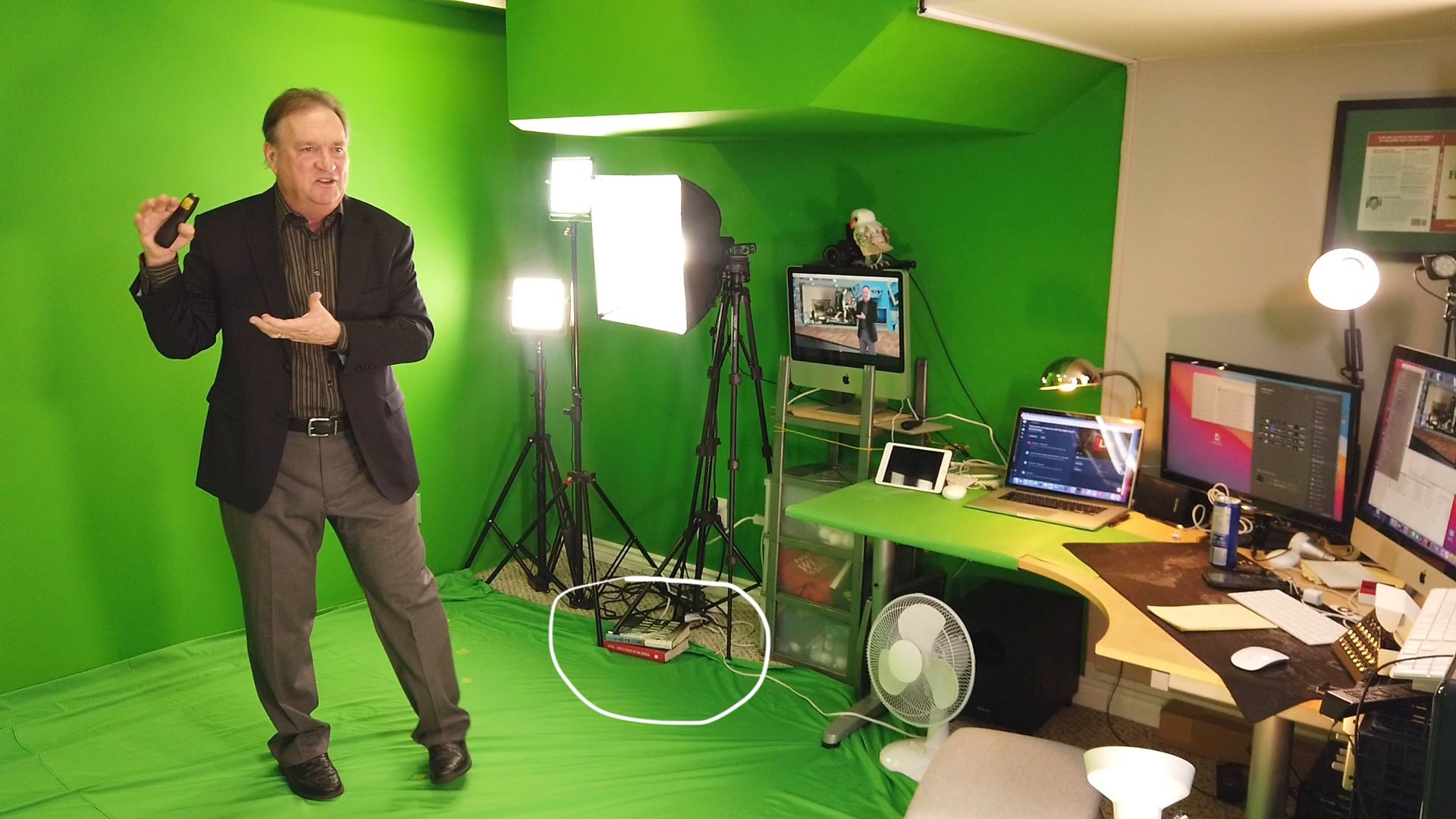 I’ve actually had the absolute joy of being on the same agenda as Gene several times over my 25-year career. The top-tier of the global speaking industry can be a small and familiar place, and many of us seem to cross paths over time.

The most recent event was in Las Vegas in 2018 – he and Astronaut Jim Lovell of the Apollo 13 mission were speaking later that evening. BLISS! Sadly, due to another commitment, I had to get to Chicago for another event and wasn’t able to stay to see them. SADNESS! 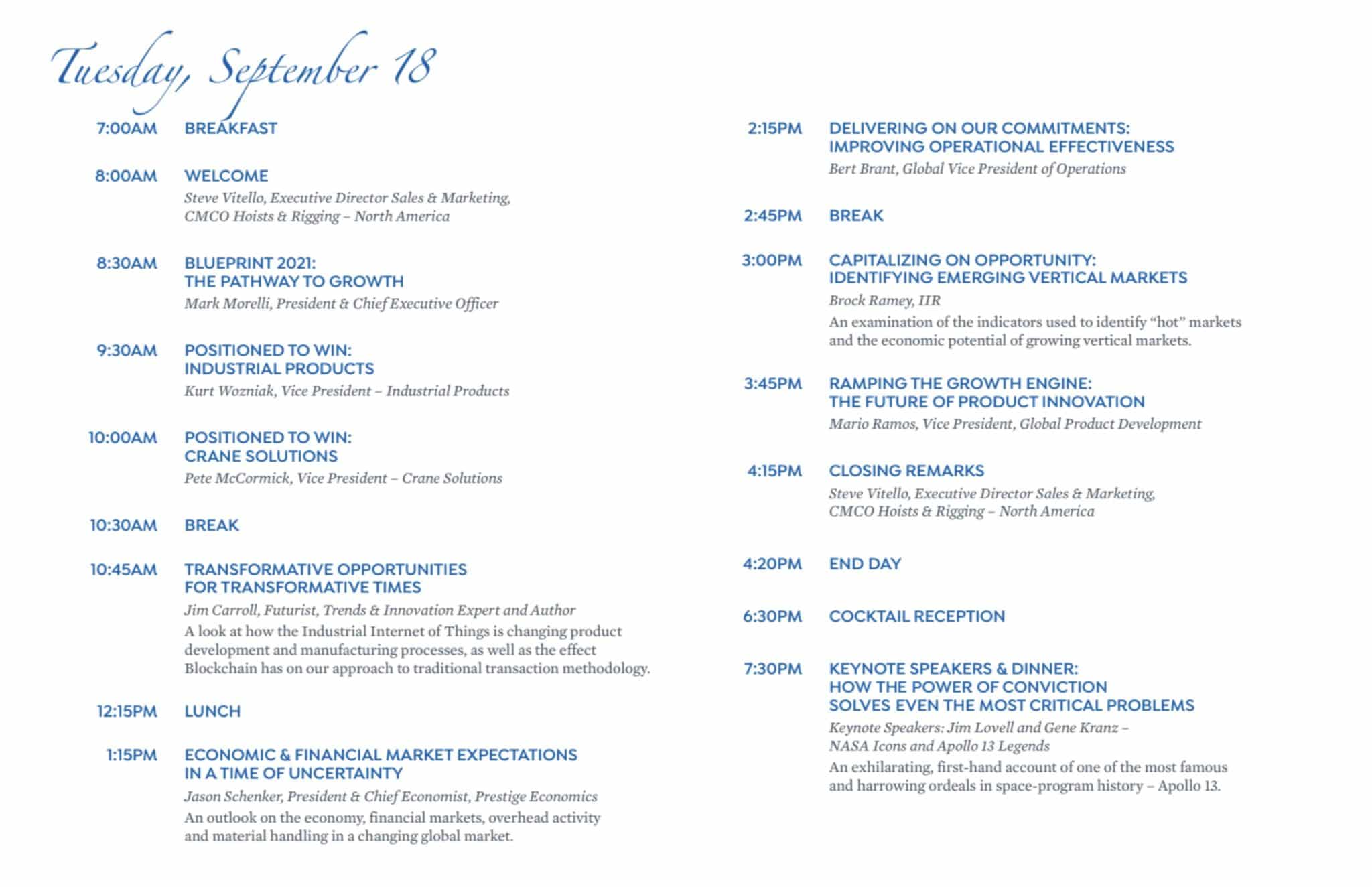 Failure? We only managed to get to the moon by testing, simulating, training, trying – and failing. And learning from those failures so as to mitigate them and not do them again – or learning how to recover quickly when things go bad!

For Apollo 13, that moment came when the explosion happened (“Houston, we’ve got a problem!”) and they were able to jury rig a solution. Much of that came about because Gene walked through the process, worked the checklist, studied the alternatives, tested the solutions. He could only do that because they had simulated potential mistakes so many times.

For me, that moment of potential failure provides me the same degree of in-mission thrills. A few weeks back, I realized the battery pack on my lavalier mic was dead – one minute before I was scheduled to go on air. I kept calm, walked through the steps, lined up my alternate – and made it, with 10 seconds to spare.

So I try to make my failures at the moment it doesn’t matter so that I can manage or avoid them when it does matter!