Daily Inspiration: “Every tragic mistake deserves an opportunity for a redo!”

“Every tragic mistake deserves an opportunity for a redo!” – Futurist Jim Carroll 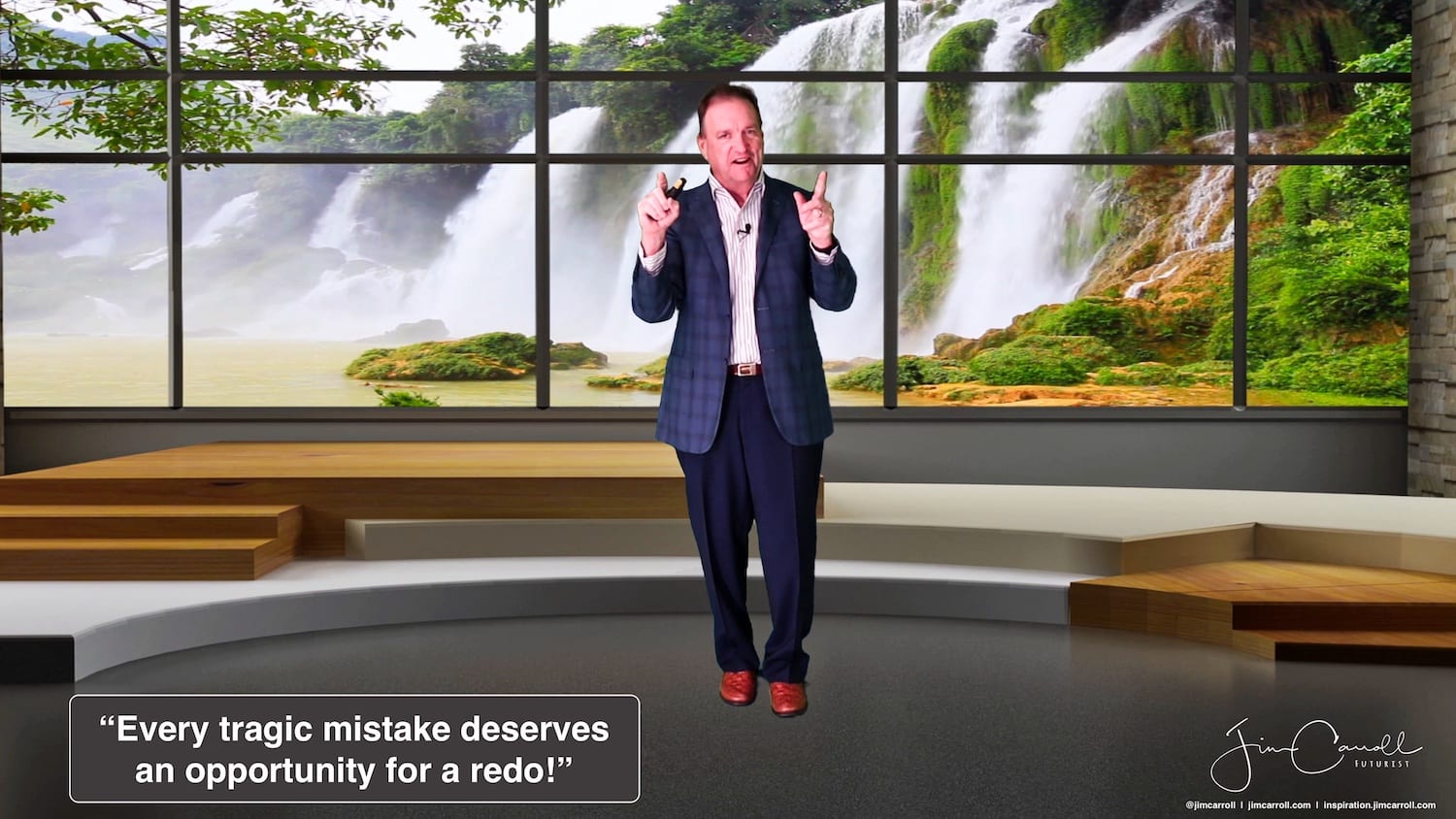 At various moments in human history, a long global nightmare finally comes to an end. On V-Day in 1945, people flooded the streets with joy, as the tyranny of a hateful, vengeful, weak, and narcissistic man and his helpers came to an end. The same occurred when the Berlin Wall came down – an entire structure of human indignity came to a crashing close.

Today, the world embarks on a new voyage – and most everyone with any sense of decency, respect, hope, optimism, and integrity, is sighing a deep sigh of relief, ready to begin the hard work to fix the destruction that has taken place. That’s not to deny the challenge of the depravity in human depravity that has occurred. There are many others who still cling to the delusion of a slogan, stuck clinging to the feeble small-minded belief that the future is attainable by simply proclaiming it to be so.

But mark my words – when history is written, it’s pretty likely that this day will rank up there among the list of those that marked the start of a journey forward, not back.