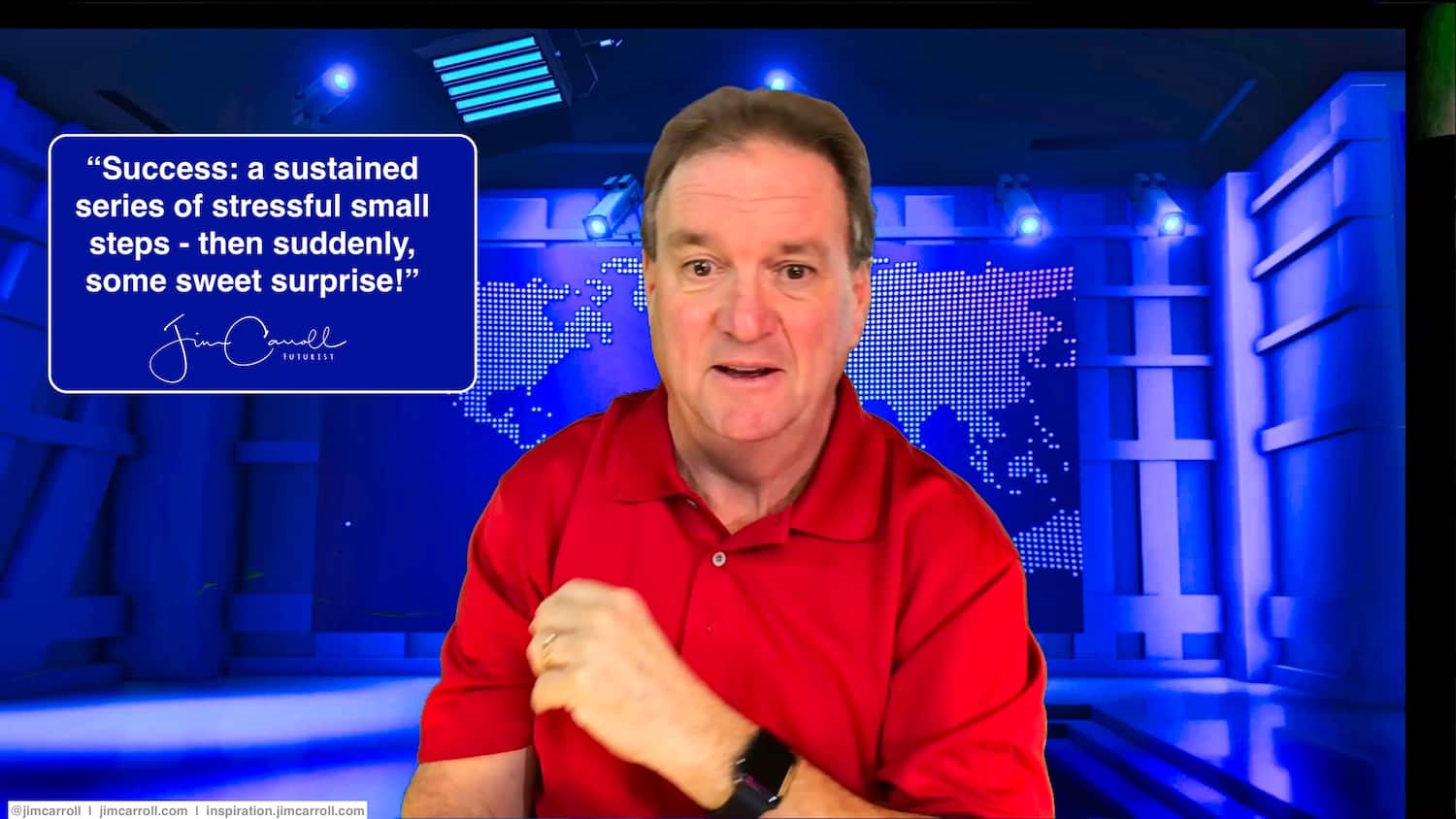 I keep discovering new capabilities and opportunities – finding a path forward in this new virtual world is like peeling an onion!

At this particular moment, I realized that the process to do a scheduled event that goes live to Facebook, Twitter, Youtube, and elsewhere works remarkably smoothly within my virtual setup – in fact, it’s a piece of cake! There’s nothing complicated about it if you follow the steps, but I must admit to being pleasantly surprised when it actually worked as advertised – even though I’ve seen countless people doing this exact same thing.

But to get to the point of confidence to actually being able to try it out? That took some effort – and a regular series of failed attempts.

My efforts directly parallel what I have long believed is a real pathway to innovation success within the corporate world. And yet, it is that very thing that holds back many organizations from achieving successful innovation – they aren’t willing to put in the small work to get to the big prize. They launch off on some grand ‘innovation initiative’ and form an ‘innovation team.’ They place them into a special ‘innovation committee,’ who then proceed to go away and study the concept of ‘innovation.’ Eventually, they return and make some grand ‘innovation pronouncement.’ ‘Thou shall innovate,’ everyone else is told with authority!

What’s the real path for success? Organizations succeed through developing and enhancing their experiential capital – that’s the accumulated wisdom from a series of small steps, with small new discoveries that enhance their knowledge, develop their capabilities, and allow them to discover the unknown.

That’s the secret to success, and it’s a process that I have described on stage for many years.

The fun thing is that I now practice it on a regular basis in my home studio.