Daily Inspiration: “Beneath the surface of every successful initiative lies a layer of unimaginable, chaotic imperfect perfection!”

“Beneath the surface of every successful initiative lies a layer of unimaginable, chaotic imperfect perfection!” – Futurist Jim Carroll 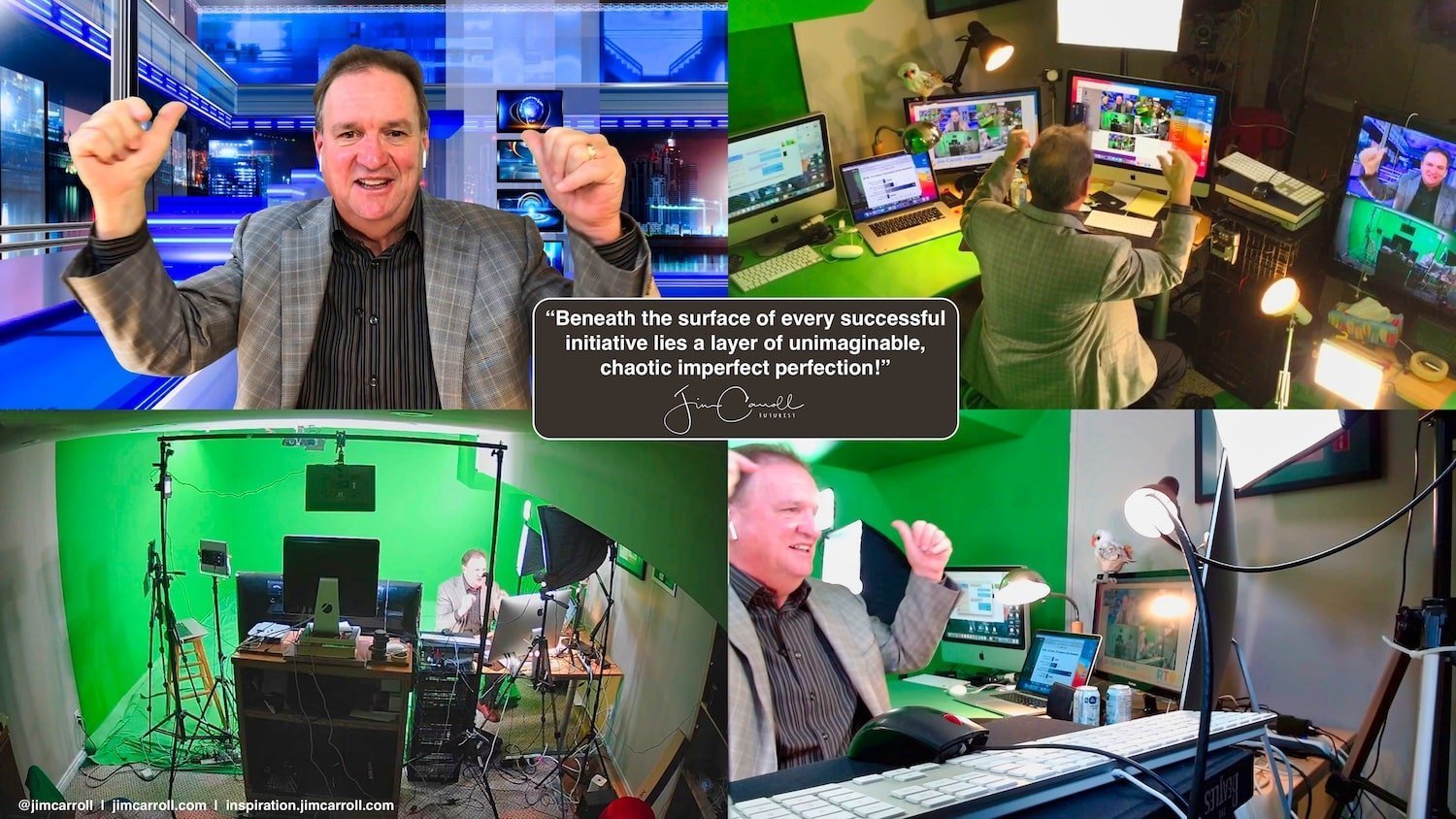 With many of us stuck at home, it’s become a battle of our technology wits against the necessity to present a masterful image to the world. And yet, many of you put forth a Zoom, Microsoft Teams, or WebEx image that doesn’t show the real mess beyond the reach of your webcam!

The reality for many? It’s found in this short story about a mom and scientist interviewed on CNN some months back! 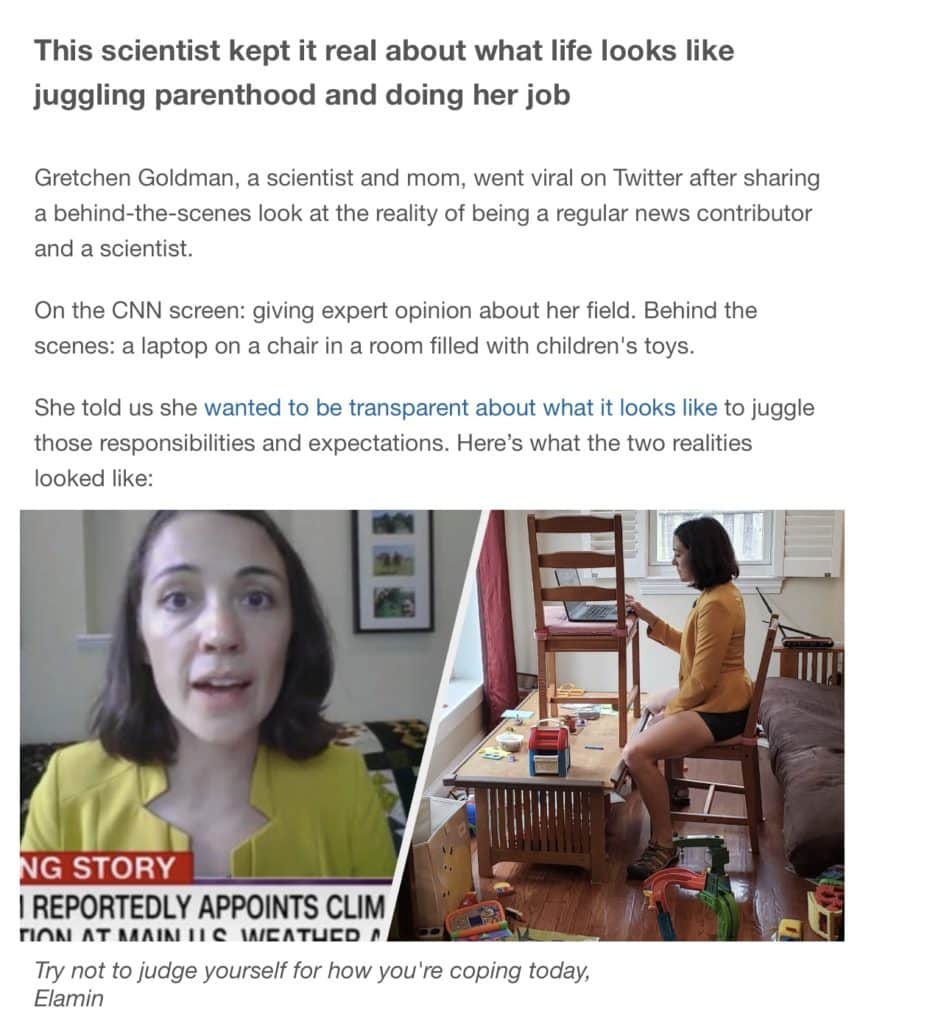 In my case, I’ve come to find that my audiences love the brief moment in time when I give them a ‘behind the scenes’ look into where I’m ‘broadcasting’ from. Some marvel at the setup; others worry for the technical precariousness of it all.

For me, it’s both wonderfully encouraging and, in the early days, regularly terrifying. Over time, I’ve become pretty confident in my mastery and maximization of the monstrous mess that I have created. Fortunately, I’ve been online and using tech since 1982 – starting out on a Radio Shack Model 3 with 128Kb of memory and *two* 64kb disk drives (powerful!) and so I’ve got the tech skills to know what I’m doing – and keep exploring new boundaries.

I know that I’ve got a massive leg up in this race to a virtual world since I’ve got tech smarts that many of my peers do not – behind the scenes, I’m a hardcore computer geek. Take the image on the bottom left – the long-shot view of the ‘studio’ which I put in the other day. This is a repurposed and inexpensive outdoor security camera – you can tell by the fish-eye effect with the lens – that I’ve used to create a real-time look at what I’m doing.

Tech talk? The image? It’s coming out via the RTSP protocol, common to many such devices. I’m grabbing it with a Linux Ubuntu server running on a repurposed IBM ThinkCentre PC, using a program common to the online virtual video world, OBS. (It does the same thing that my Ecamm program does, but it’s ridiculously complex with a user interface that I have characterized to my wife as being like Windows-barf.) From there, it’s converted into an NDI signal, which is then grabbed by my main production iMac as a camera input.

Presentation chaotic perfection is nothing new – way back, when my first Internet book took off, I was interviewed by Profit Magazine for a cover story. The final photo was fantastic, even though I was in a t-shirt! 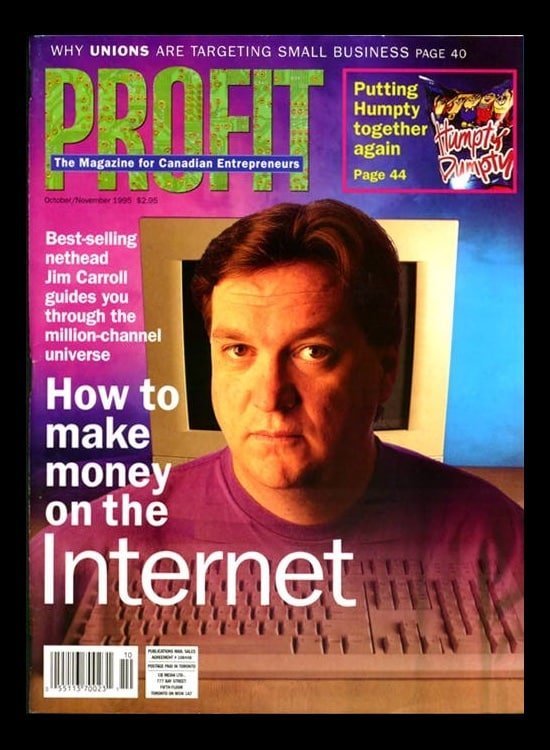 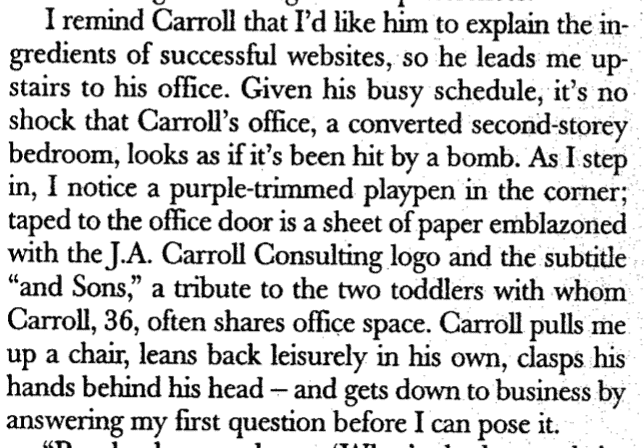 The magazine article itself features a few photos in the home office – and the photographer arrived for the shoot about a week later. My wife actually cleaned everything up in anticipation – and so he insisted that we recreate the mess so as to match the story line in the opening!