Daily Inspiration: “The future eventually catches up to those who deny its reality!”

“The future eventually catches up to those who deny its reality!” – Futurist Jim Carroll 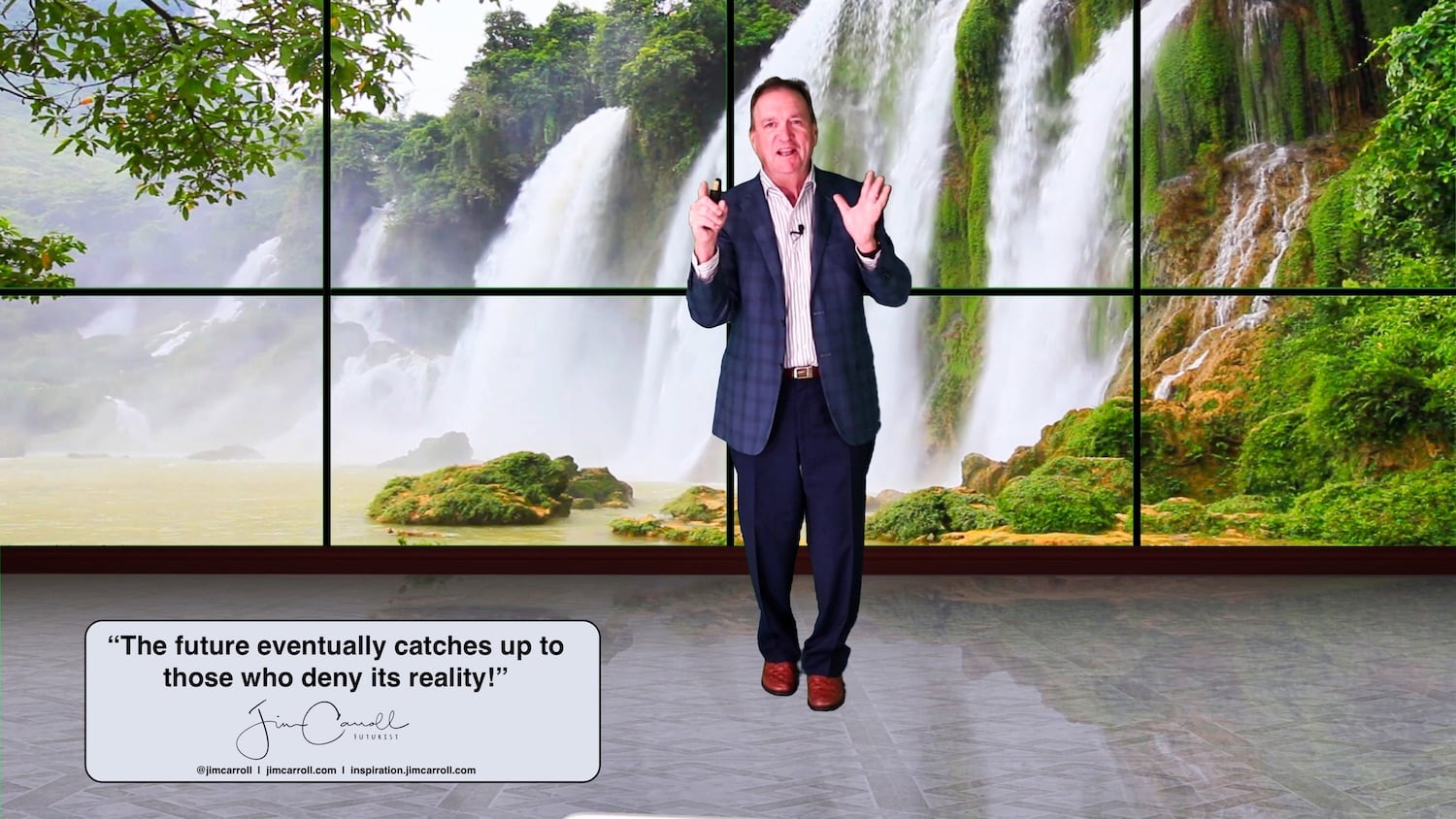 Everyone in the energy, power generation, utility, automotive, and every other related industry knows that this is a fact.

And yet, there are pockets of people who for purposes political try to spin this into an opportunity. Beyond that, there are many others who cling to an errant belief that their coal jobs will come back, that fracking is not a sunset industry, or that renewables are just a passing fad.

And when you get on stage and speak to these truths, there is always some blowback from those who are denial. A futurist speaks the truth – and a job hazard is palpable anger from those who, in the context of that famous phrase from 12 Angry Men, can’t handle the truth.

In the studio yesterday, I took on this reality while filming a piece for my series, Notable Keynotes: Lessons in Leadership, with a brand new environmentally-friendly studio set!

Oil is over – did I mention that? There is so much cost and scientific momentum to the alternatives that oil and carbon simply do not make economic sense anymore. Even BP knows it – they’ve staked their future on renewables, smart-grids, batteries, and storage. There will still be oil, but it’s no longer a growth industry – it’s in decline.

That’s what we mean when we say it’s over – and many energy companies, utilities, industry associations, and others have had me in to speak to this truth. Some in the audience may not have liked it – but that doesn’t mean it’s not going to happen.

As the CEO of one global energy company said on stage before my keynote for a global energy conference, “we have one last oil boom left. Then that’s it.” The oil industry will always be with us, but it is now on the decline and alternatives are clearly on the ascendant. It’s a topic that I covered in my leadership series, 19 Trends for 2019.

The acceleration of the science that leads to the end of oil is undeniable. Batteries EV’s, solar, wind, biomass – you name it, and in the long run, science wins. In my previous stage life, I covered this for multiple organizations – here’s a compilation clip!

The fact has profound implications for economies, companies, careers, geo-politics, and more. To deny it is to deny the future. We always know how that ends up.

So it is with the global pandemic.

Society is now clearly split into two camps – those who want to wish it away, and those who trust in science. I’ve given up trying to talk to the former; it seems their minds are made up. And it’s pretty likely that one of the greatest crimes of this new 21st century will be the attempt to carve out a strategy of herd-immunity, which will ultimately fail.

Speak the truth – don’t deny reality. Share realty with your team – don’t try to shield them.

Align with the truth – because a strategy based on a false belief is doomed to fail one way or another.