Daily Inspiration: “Be the headlights. Not the deer!”

“Be the headlights. Not the deer!” – Futurist Jim Carroll 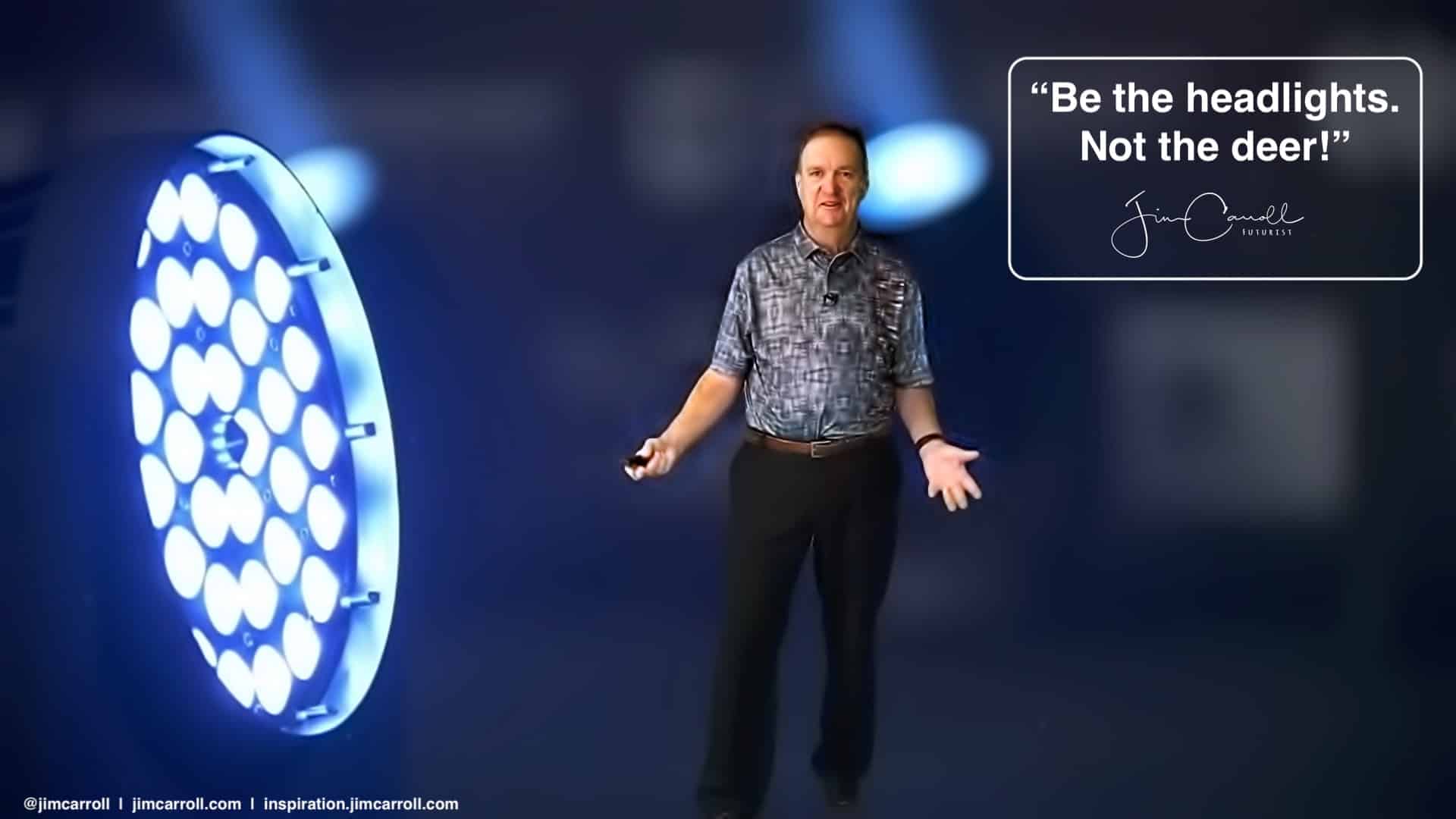 Idioms are fun – people often use them to try to emphasize an idea. If you turn them around, they can often results in an entirely different and more powerful force for change.

Take the case of trying to motivate people who are stuck in the present, frozen in fear, unable to move despite an onrushing threat. We use the phrase ‘deer in the headlights’ to describe them, as this is a well documented phenomena of this particular creature. It often ends up with tragic results.

Successful people don’t just talk about avoiding being the deer – they understand it’s better to be something different altogether! Rather than being frozen in fear, it’s better to avoid the potential threat altogether. Instead of being frozen in fear, be the force in charge of the change. Don’t be the one who is unable to comprehend what to do next – define what should be done next.

I practice what I preach. It was pretty obvious to me by early February that my old future was coming to an end – for a long, long time – and that I had better build a new one. I wasn’t going to sit and watch the collapse of the global conference and meeting industry define me, frozen in fear. Instead, I was going to invent a new and different leadership industry.

I decided that I was driving the car, instead of watching it come at me as a threat.