Daily Inspiration: “Confront your organizational sclerosis : the thing about inertia is that you can’t simply run away from it!”

“Confront your organizational sclerosis : the thing about inertia is that you can’t simply run away from it!” – Futurist Jim Carroll 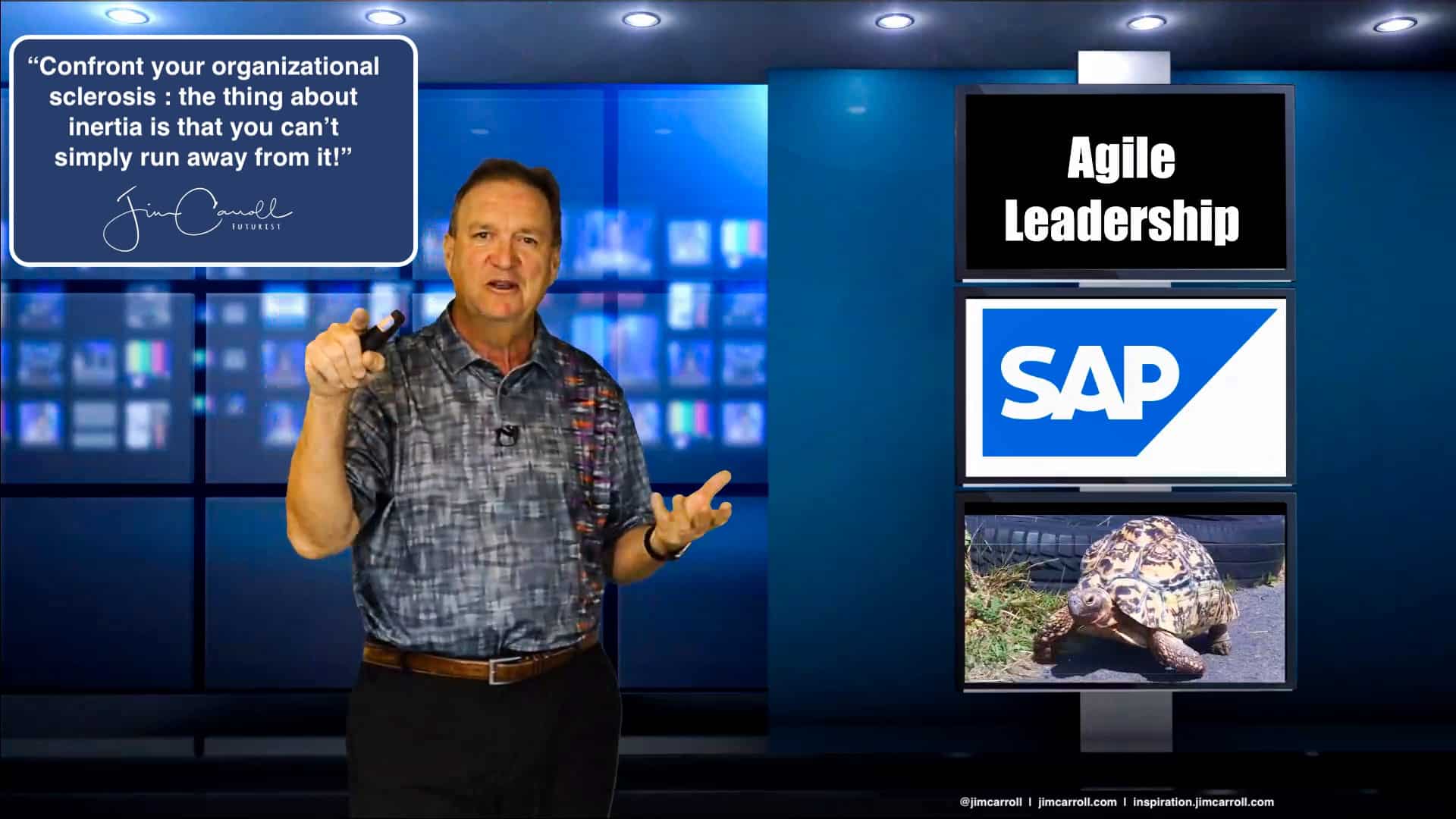 An extract from my inaugural video yesterday for my forthcoming “Notable Keynotes : Lessons in Leadership” series – in the weeks and months to come, part of my virtual studio time will be spent sharing the strategic issues that organizations have been struggling with over the past decade. Powerful insight for moving forward into a world in which the future belongs to those who are fast!

Yesterday’s video featured just an overview of some of the stories I will cover – and I grabbed this frame from the clip. SAP is a client that has probably booked me 25 times over the last 15 years – and in fact, it was at the very first event that I lit up on stage, telling the story of what I learned from frogs in Texas – which eventually became the foundation for my first post-Internet era book of the same name – “What I Learned from Frogs in Texas.”

My most recent event for them had me in to New York City just under two years ago for a talk for senior executives of financial institutions on the theme of ‘agile leadership.’ That’s the leadership culture of aligning an organization to speed – strategy, infrastructure, skills and capabilities must be aligned to fast moving internal and external events. It’s become a key leadership theme over the last several years, and other organizations have had me in to focus on the concept: notably, Mercedes Benz, New York Life, Boehringer Ingelheim and others.

My overseas producer and I filmed a pre-event video to get people thinking about the issue before coming to the event, and it’s a great watch – I insisted that we use the turtle metaphor as a barometer for speed. Check it out! Also, COBOL!

I’m kind of excited about this video series, because there is a lot of insight that I’ve gained over 25 years on stage, and a lot that people can learn about what global organizations have done to align to their new, fast moving reality. I’ll likely film every two or three days, and share it on my regular social media channels. I’ll simply pop-up, live, on Facebook, LinkedIn, Twitter/Periscope and YouTube.
Keep watching! Keep moving!