Daily Inspiration: “Someone is going to win at the future. Why shouldn’t it be you?”

“Someone is going to win at the future. Why shouldn’t it be you?” – Futurist Jim Carroll 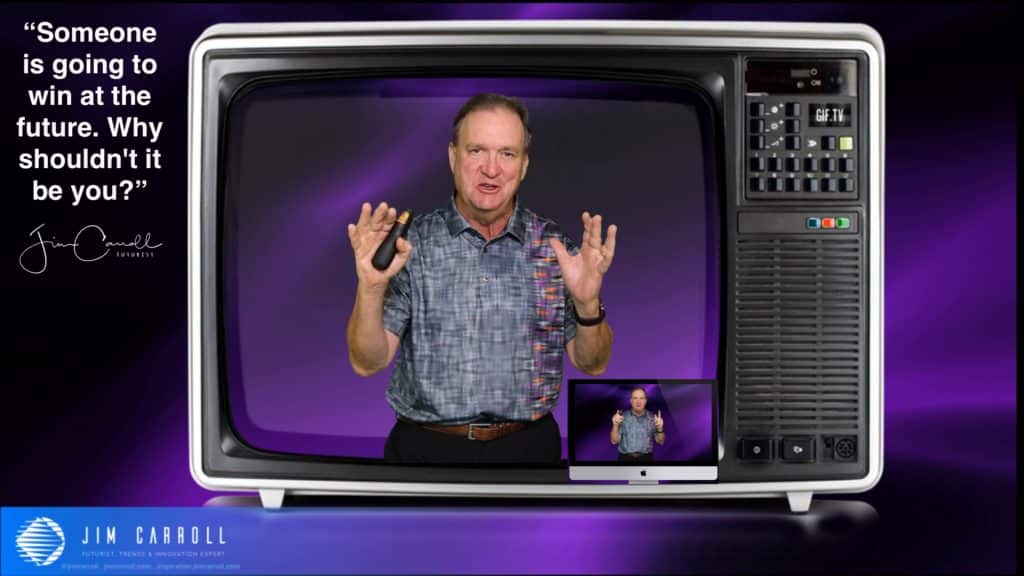 The battle for the future is won by those who innovate, adapt, change, disrupt to a world which will be fundamentally different – because they recognize that the scope of the change that is coming is significantly profound.

I’m old enough to remember – LOL – when there were three TV channels that we received through rabbit ears into our home in Ontario – CBS, NBC and ABC. You had one or two shoes that were your favourites – Adam 12 and The Brady Bunch – and that became your world on Friday nights. My sister and I would devour the newly arrived TV guide each fall to see what new shows were on the horizon. The Partridge Family!

But I also remember reading as a 12 year old kid with a busy mind, the predictions of some people in Time Magazine that we would soon find ourselves in a million channel universe.

Take a look around your industry and ask yourself – how much will it change? Are you still thinking in a 3 channel universe when a million channel lineup is exploding all around you? Are you convinced that your hit show will still be a the top of the charts a few years from now? Have you asked yourself whether there will still even be hit-show charts?

Or are you already losing your audience, missing the signs that your world is already changing, and that your future is pretty much doomed unless youn adapt? Or are are too busy with your success to see it, and too arrogant to acknowledge it?