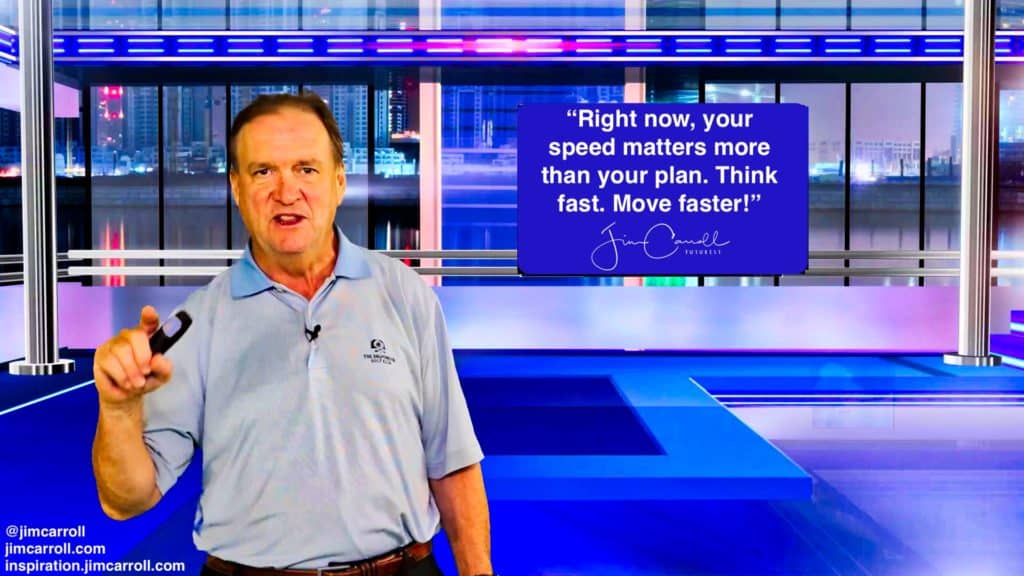 Here’s some facts to ponder:

Going forward, these 3 points need to be reconciled. It’s not going well so far.  In fact, it’s been really bad, leading to this fact:

Case in point. Yesterday, a speakers bureau that has occasionally booked me into an event or two put out a tweet with a link to a playlist of various ‘virtual speaker highlight reels.’ These are the short video productions that folks like me often put out to let you get a quick preview of what we can do, how we handle ourselves on ‘stage,’ and the topics we cover.

I had a look. It was, to be blunt, pretty appalling. A number of speakers looking into a camera like they were in a hostage situation, stuck in their office, looking to escape. Backdrops that consisted of an office wall or a bookshelf, or worse. An ugly Powerpoint somehow squeezed onto the screen that just made the whole production look awful.

This is how they’re going to sell a product?

The thing is, the event and leadership industry needs to reinvent itself for the reality of this new world – and is doing a pretty bad job doing this so far. We’re going to be in this virtual space for quite some time, and need to do better. I’m working hard to do that. I don’t think that if we are reinventing ourselves, we should do so by putting out a crappy product.

Otherwise, we quickly become irrelevant. So here’s an example of what I’ve got.

I was so inspired by seeing the shitty product that so many of my competitors are putting out there that I felt inspired to run down to the studio, pull together a new ‘stage set’, and fire up some insight.

I’m reinventing myself at a blinding speed. You need to do this as well, regardless of your industry. Nothing is the same, we aren’t going back to where we were, and in ten years, we will look back and go ‘whoah.’

And we’re either a part of this great big change, learning fast, or we’re not.