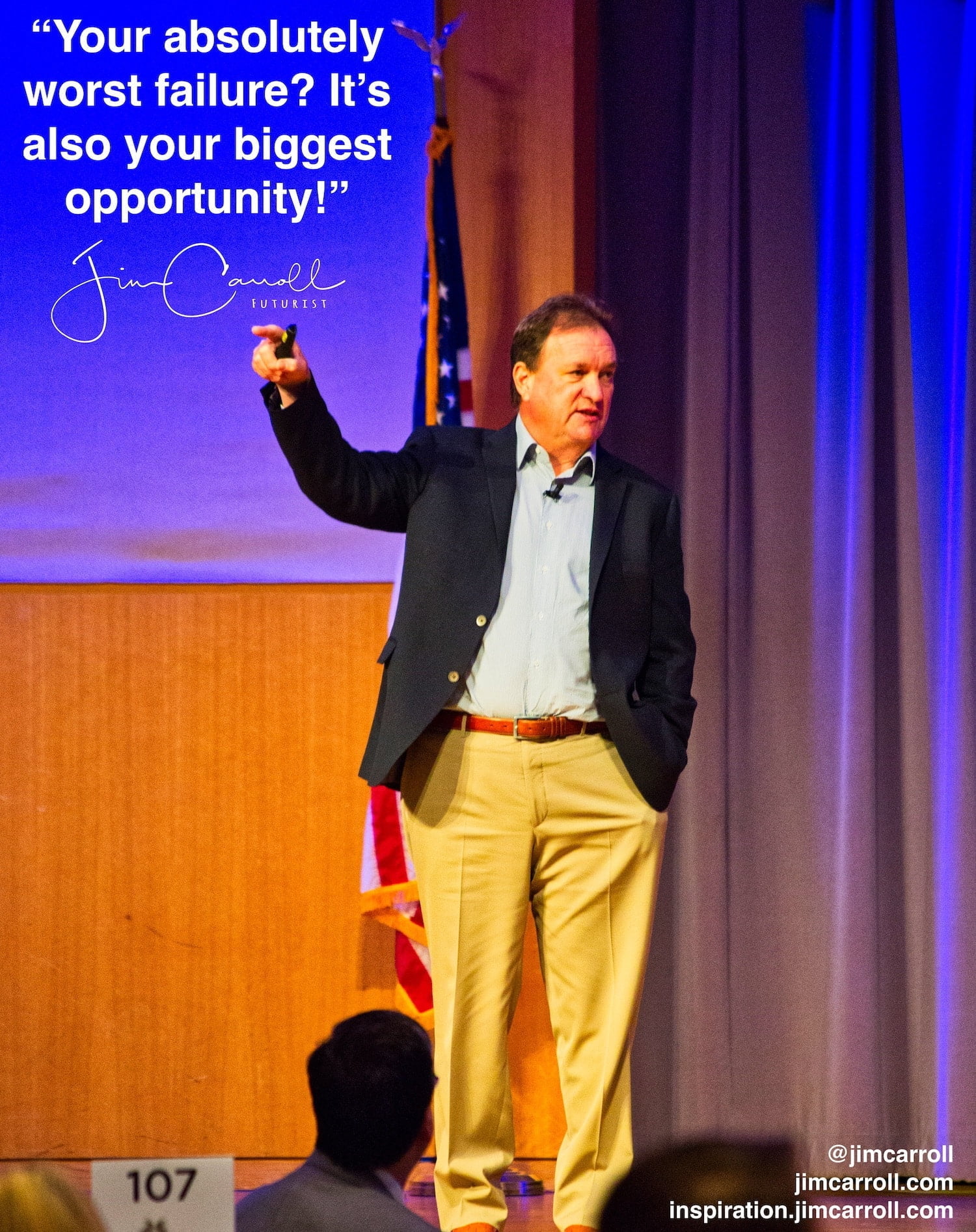 It’s when you hit the bottom that you can rise to the top!

People have known this reality for a long, long time – because quite simply, with determination, resolve, effort and focus, there is nowhere to go but up!

But there are different types of failure. One comes from the sin of inaction.

Organizations that fail at innovation don’t take enough risk. They have fear of failure embedded in their corporate culture. The status quo is an objective to be preserved rather than a barrier to be broken.

The result? They don’t try to do new things, explore new ideas, or pursue new concepts. They become stuck.

People do the same thing – they to try to avoid failure, and never grow at a personal level as a result. They wake up years later and wonder – “what happened?” They look around and fret about the fact that the world has passed them by.

Yet both of those examples involve the type of failure that comes from inaction. Failure from inaction is a terrible failure to witness, and yet can be simply avoid.

And yet, there’s another more insidious, pervasive, challenging and destructive form of failure that comes not from a lack of action, but as a result of often deeply challenging circumstances. A mindset, pattern or routine that is hard to break. Patterns of behaviour that become ingrained and automatic. Habits.

This type of failure is more difficult to deal with and complex to rise from, because it can dig deep into your soul, burn through your psyche, challenge your resolve, and destroy the essence of your soul.

It’s when things are at their worst that the biggest opportunity to rise above it becomes real! That’s because once you discover the pathway to success and become focused upon it, work the path that it offers, and live by its concepts, that you turn your era of nothing into something…