Daily Inspiration: “Is your brand suddenly something from the ‘olden days?’”

“Is your brand suddenly something from the ‘olden days?’” – Futurist Jim Carroll 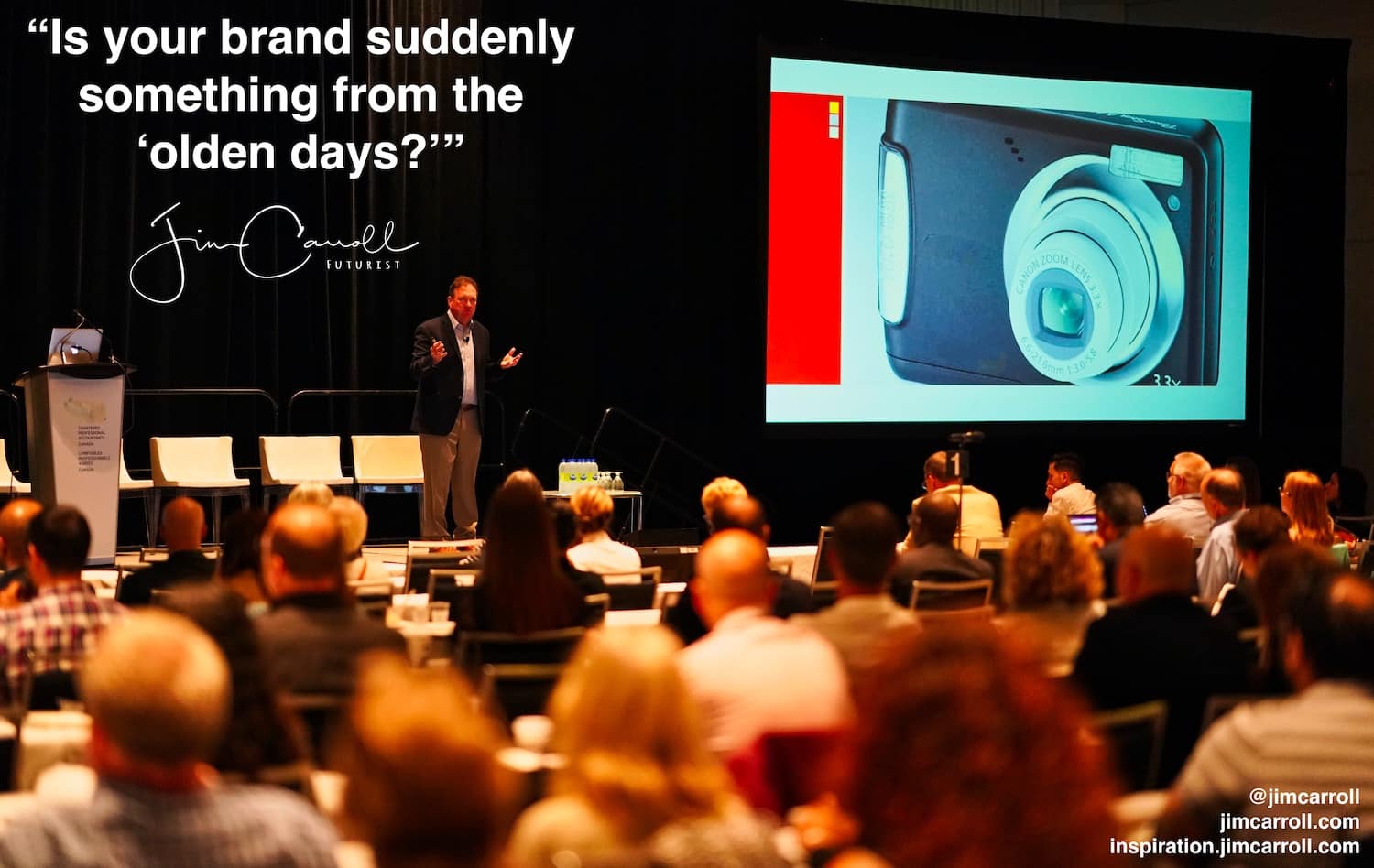 Here’s an interesting reality: your brand is no longer what you say it is – it’s what ‘they’ say it is!

Who is the ‘they?’ The collective public, swimming through the river of social media, floating their brain waves through the Web, texting each other through the ether.

It’s what they can suddenly say about your brand that will now determine your future, not the money & effort you might spin into a marketing and branding campaign.

That was the message I took to the stage in Las Vegas in early 2009 for the global leadership meeting for Yum! Brands – the collective entity of KFC, Taco Bell, Pizza Hut. With executives from around the world looking on, I gave them a rousing keynote that pretty much alerted them to all the unique social media challenges they would face in the next decade.

Looking back, I was spot on!

Today, brands can go out of date even faster than a decade ago, and not just because of social media. As every product becomes a technology product, obsolescence happens faster. Automotive? Your car dashboard from 2017 looks absolutely ancient just 2 years later. Ouch!

Then there is the new reality of customer support. The customer expects you to be as good as, if not better than, Amazon when it comes to interaction. When it fails, they might complain in a way that suddenly takes their comments to the world in a spectacular viral explosion. Think United Airlines beating up a customer. Ouch.

And the suddenly arrival of splashy new disruptive competitors can simply make you look tired, lacking in innovation. In the era of Warby Parker, most optometric retail chains look like they are stuck in the 1950’s. Ouch.

Your reality is this: the world is changing fast, and if you aren’t changing with it, you are perceived as being old, out of date, tired, irrelevant.

I live by this mantra. I hit 60 this year & realized I’m likely on the sunset of speaking career.

I’ll give it another good 10 years if I can – but I won’t go at this at some old guy with a tired message! I’ll innovate!