Daily Inspiration: “Your avoidable mistake will usually lead you to the predictable display of the result of your stupid decision!”

“Your avoidable mistake will usually lead you to the predictable display of the result of your stupid decision!” – Futurist Jim Carroll 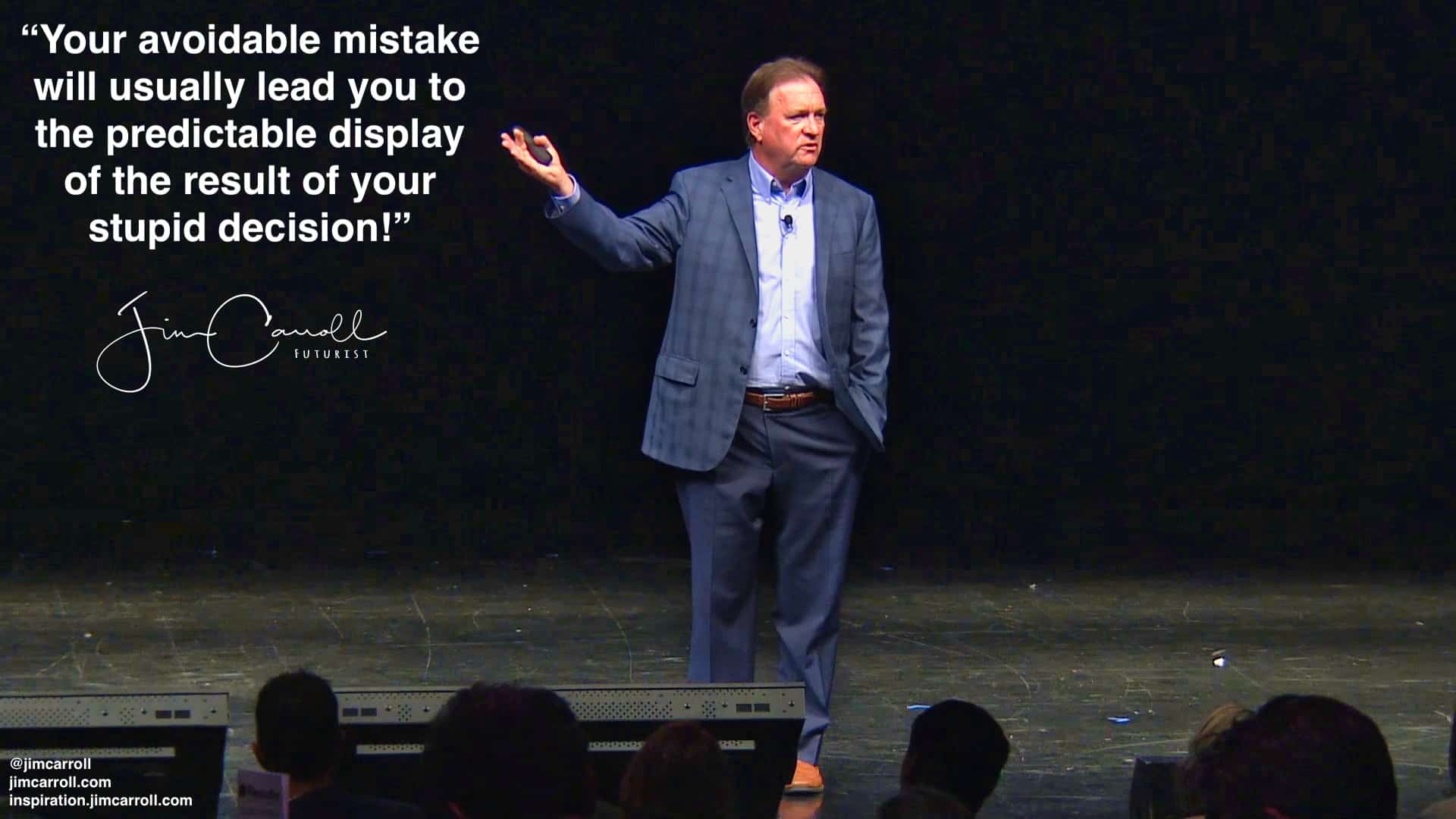 So I had the opportunity to golf at Torrey Pines yesterday after my retail keynote…. Did you know it’s a bad idea to try to use a 3-wood to get out of a fairway bunker on a long part 5 when the ball has a pretty sizeable lip in the front of it?

I hit the ball anyways…. and with that, had today’s quote firmly planted in my mind. Thank heavens for the concept of Equitable Stroke Control and a max score.

7!!!! I’d been playing golf half decently until then for my handicap, but after this event on number 13, my attitude became somewhat challenged. I didn’t end up where I wanted to.

Such is golf, and such is life.

The thing is, I know better.

I should have taken an iron with loft to get out, get the ball in play, and have a decent shot at respectability. I didn’t, and I knew that as I prepared for the shot.

How many times a day do you use that phrase, which will lead to the death of great ideas and admirable attempts at success?

We seem to bind ourselves to a path of failure when we know better; we try ideas that we know are doomed; we pursue actions that lead to a predictable bad result.

This is why successful people talk of the ability to focus on their strategy, be relentless in their pursuit of their achievements, and dogged in their determination. I’d bet you a dollar that they don’t have the phrase “I’ll do it anyways” in their vocabulary.

So there is a powerful lesson here – as you approach the fairway bunker shots of your life, don’t say to yourself ‘I’ll do it anyways….”