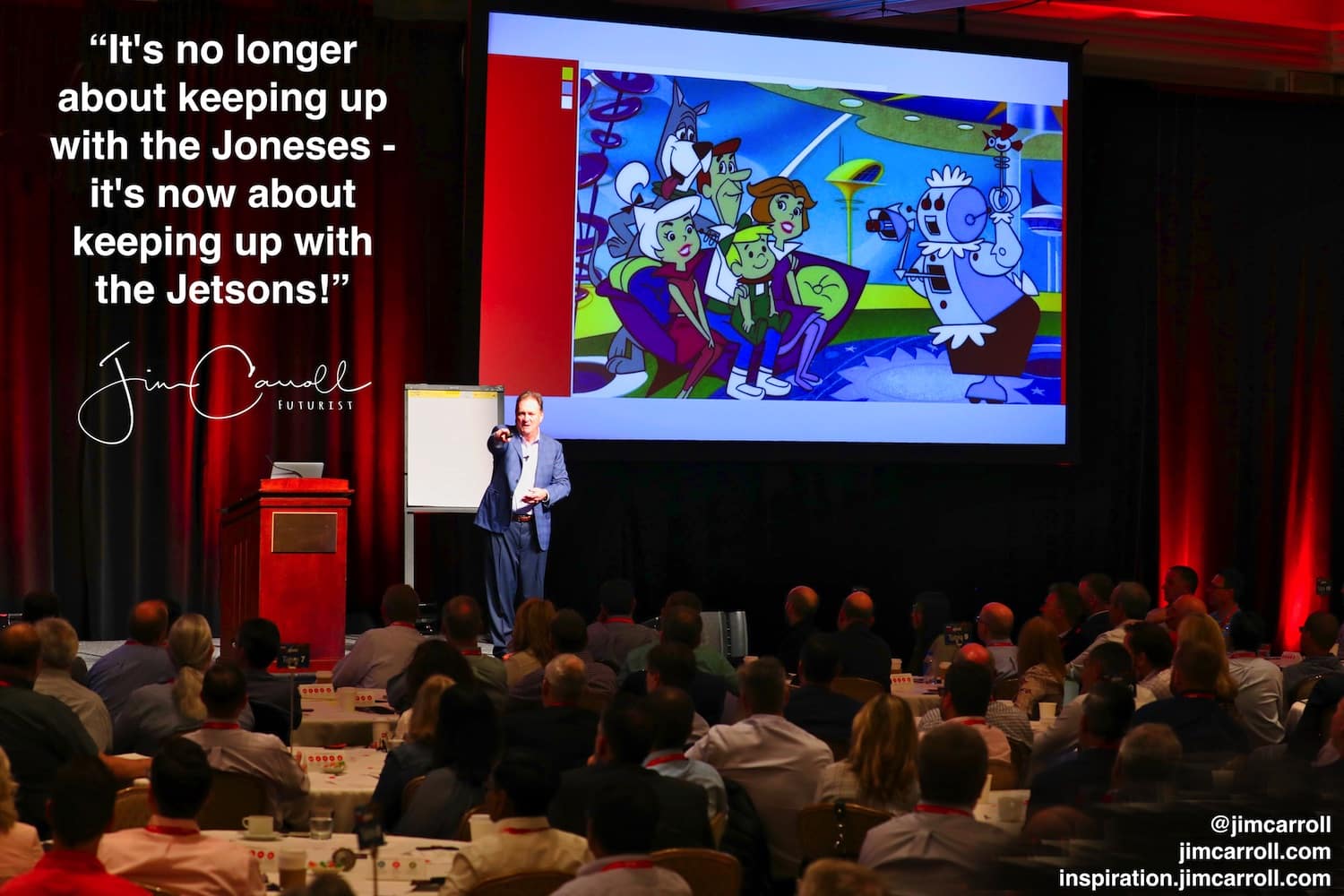 People everywhere are overwhelmed by the speed of change that surrounds them. Rightly so – because as the saying goes, “today is the slowest day of technological change for the rest of your life!”

On stage, I get instant insight into this reality – I’ll often do a few text message polls  while in front of an audience using PollEverywhere – it allows me to obtain and share real time insight from the audience, to the audience! (They use their smart phones to send a text message, which updates the poll live, in real time. It’s powerful stuff – it provides for some live, interactive feedback. My audiences love it!)

There’s one poll I’ve put to every audience for the last 10 years: “When it comes to the ‘fast future’, I feel….”

Consistently, the overwhelming answer, from *every single audience* over the last 10 years, has been a significant majority voting: “Behind in our ability to keep up” or “Somewhat positioned for success”

The issue of feeling that the world is moving too fast is evident everywhere. It’s what you do with that fact that matter!

Do you let the speed of change overwhelm you, terrify you, and cause you to fall into the trap of inaction? Those who are fearful of the future usually find themselves on the wrong side of change….

Or do you rebel, trying to take our world back to a different time, becoming a modern day Luddite? You subscribe to the idea that ‘progress is great, but it’s gone on way too long!’ Guess what – you can choose to fight the future, but the future usually wins!

I use the story of the Jetsons a lot on stage, because I point out to the audience that many of the predictions of the show -set in the year 2062 apparently – actually have appeared in our world 50 years early. The future is, if anything, accelerating!

The Jetsons features an Apple Watch, Google Home and Amazon Echo devices, the Internet of Things in various appliances, iPads and tablets, and even Snapchat!

Society has long debated whether the pursuit of keeping up with the Joneses is a worthwhile endeavour, and that’s a worthy debate.

But in a faster world, the debate has now shifted to a different family!