Daily Inspiration: “Your imagination is your dream machine. Keep it well tuned!”

“Your imagination is your dream machine. Keep it well tuned!” #FuturistJim Carroll 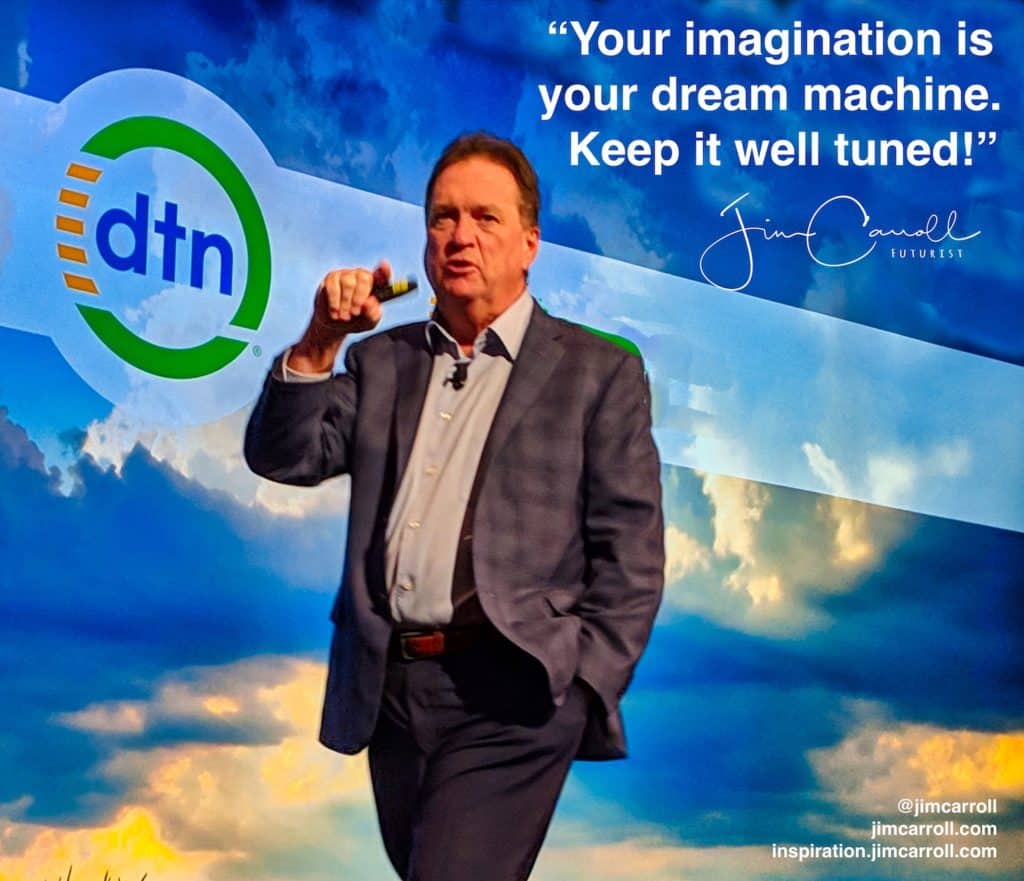 I’m down in Disney World today for a keynote, and so of of course, imagination is a theme!

Folks who succeed pursue big dreams and bold visions – and to fuel their dreams, they are fuelled by the energy from a vivid imagination. Many of us aren’t taught how to be imaginative; much of the structure that surrounds us seems designed to hold us back, and make us conform.

That’s why I suggested a degree program known as the “Masters in Business Imagination.”

Here’s what I wrote.

The Masters in Business Imagination which will inspire your team to adopt relentless creativity and innovation as core virtues. Once you ‘graduate’ from his MBI class, you’ll possess the skills common to this critical degree of the 21st century economy, by linking your initiatives to a carefully calibrated curriculum of change-oriented thinking.

MBI’s see things differently – they don’t look at things like most people. MBI’s spur creativity in other people – they inspire others to develop similar levels of imaginative thinking. They focus on opportunity – not threat, and realize that action, not inaction, is the driving force for the future. They refuse to accept the status quo and are prepared to eliminate habit. MBI’s bring big ideas to life – and paint pictures of where the organization is going to go, rather than focusing on where it has been in the past. They learn and unlearn, forgoing the dangerous assumption that what they know today will carry them into tomorrow. Most important of all, they refuse to say the word CAN’T.

They know that barriers, perceived or otherwise, are simply temporary roadblocks that they can get around with fresh insight, imaginative analysis, and creative thinking!