Daily Inspiration: “If your dilemma is making a decision – make a decision!”

“If your dilemma is making a decision – make a decision!” #Futurist Jim Carroll 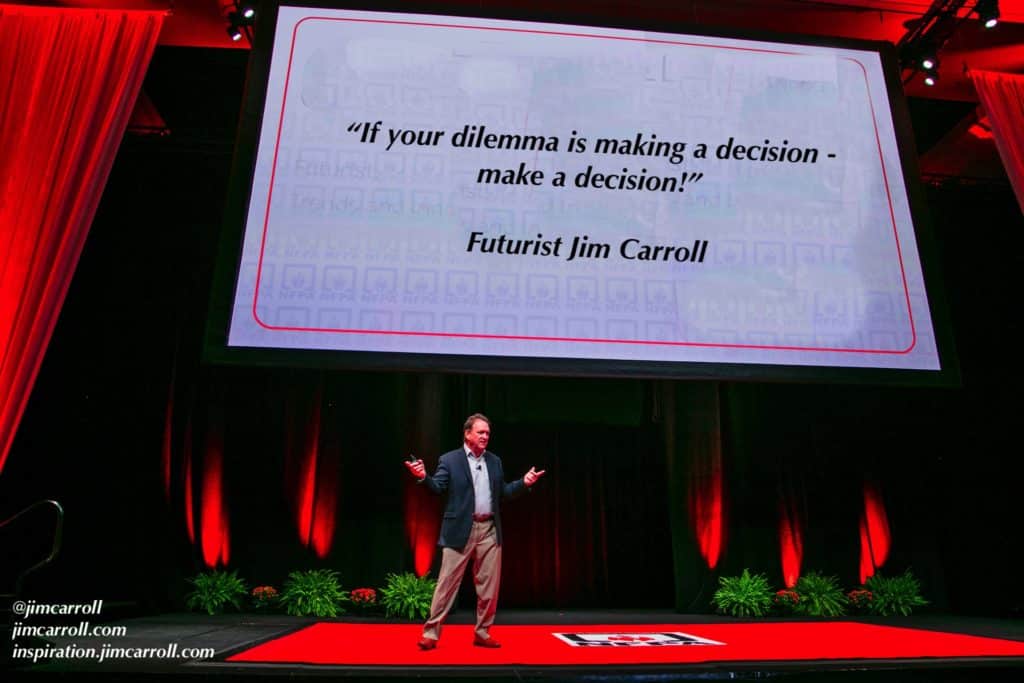 Indecision is the root of all evil. At least, it impedes your progress, holds back your potential success, and puts your into a zone of always wondering if you are doing the right thing.

So make it simple – start today by making a few decisions. Tackle those things you’ve been holding back on, take a look at your most difficult challenges, and get into a frame of mind that its time to move forward.

Indecision seems to be everywhere. Quite simply, people have decided not to make decisions — and they like it. The result is in an era in which opportunity abounds, lots of people seem to be stuck in a rut, unwilling and unable to move forward.

In part, it’s because of the fear of the unknown.

So today? Make some decisions!

Remember what it used to be like when you had the courage to do something? Let’s call it the decision adrenaline rush. It’s good — and it can be addictive.

Want to test it? Find the one big decision that you’ve been deferring the longest, and decide one way or the other. Right now. Didn’t that feel good? Try it again — immediately. See? Isn’t that an amazing feeling?

You might not have made the right decision, and something could go wrong — but at least you’ve decided to start moving forward, rather than spinning your wheels in the mud. Battle aggressive indecision and you’ll find that you’ll gain back control over the future.